Today is my last day of work for 11 days. Woot! You know, there are people out there who probably had higher expectations of what I would do with my life. I was a bit of a bookish girl & enjoyed doing well in school. But my overall dislike of hard work overrode any niggling desire to Be Someone. And now is when that philosophy pays off – as a peon I don’t have to do any work when I’m not at work. Additionally, I don’t even have to think about work when I’m not at work. And my boss is off during the same timeframe, removing the remote possibility that he might contact me if he can’t find something.

We’ll be travelling over the holidays so my posting and reading of blogs might be spotty. Or it might not – I never really know. I was going to just take a blog break for the rest of December, but I fully intend to put poems in shops & post about them. And then there’s my P365 post. And I’ll probably want to post about something crazy my dad does. And then our annual Christmas poem needs to be shared. So really, I’ll probably have MORE posts instead of fewer. Isn’t THAT exciting!

I’ve been telling people that I’m mostly done shopping for Christmas. But that the list is in my head & I’m not entirely sure that I’ve remembered to get something for everyone. I don’t know why the list is in my head. It’s like I’m being disorganized on purpose so I can feel closer to my mom, who had a habit of hiding gifts where she couldn’t find them, or, one year, not putting names on the gifts, so sure she would remember whose was whose & then of course NOT remembering (boy was THAT a fun Christmas – my brother & I just dived in, unwrapping as fast as we could & throwing presents at each other).

Speaking of diving in, there’s a meme going around where a cat is blaming the creepy Elf on a Shelf for the Christmas tree being knocked over. Sometimes it’s not a cat or a creepy elf – sometimes it’s an eager girl who just wanted to see if that package in the back had her name on it…

I can't imagine higher expectations than to be happy in your marriage and in your life! You rock, Bug!

I tried to take that same working break, but got roped into working Monday and next Thursday, Friday, Saturday and Sunday. Though I am not a Someone, either, I have a problem with the word, NO. It is a complete sentence and I may make saying it more often a New Year's resolution.

Eleven days? That's a vacation. It will be fun to hear how you fill this time. I expect photographs.

Isn't it wonderful when you can have time off around the Christmas and New Year's holidays? I always liked it when I worked for companies that just shut the office down for that time period.

This year, I'm working for a few hours on Monday, and after that, my boss and I will work out a casual schedule. But since I'm only part-time, I really don't mind.

Enjoy your time off - we'll look forward to the pictures!

Yay! I finished today as well. Thing is, I do think about work when I'm not there, and quite often it seems to think about me and the phone goes 'ping'. Pah!

I love the mixed-up Christmas idea! My father's speciality was Guy Fawkes' Night - we lost count of the number of times he either tossed a match into the box of fireworks, or tapped out his pipe too close to it, and set the whole lot off at once. Looking back, it surely can't have been accidental...

"...niggling desire to Be Someone"

I can't remember if I ever aspired to Be Someone, but if I did, I failed miserably. Whatever.

christmas as a kid was wonderful, christmas as a teen not so much as my mother fell deeper into the dissatisfaction with her life. I don't know what she wanted or expected but she was always disappointed. as an adult, i give a few gifts without all the trappings and it works out best for me.

I think a little chaos at Christmas is part of the deal. At least, it always has been in my family. Have a great holiday with your family.

Merry Christmas! Enjoy your time off.

My cousin asked if I’d been writing any poetry during the Time of Corona. I told her that I have not – mainly because I just feel kind of ... 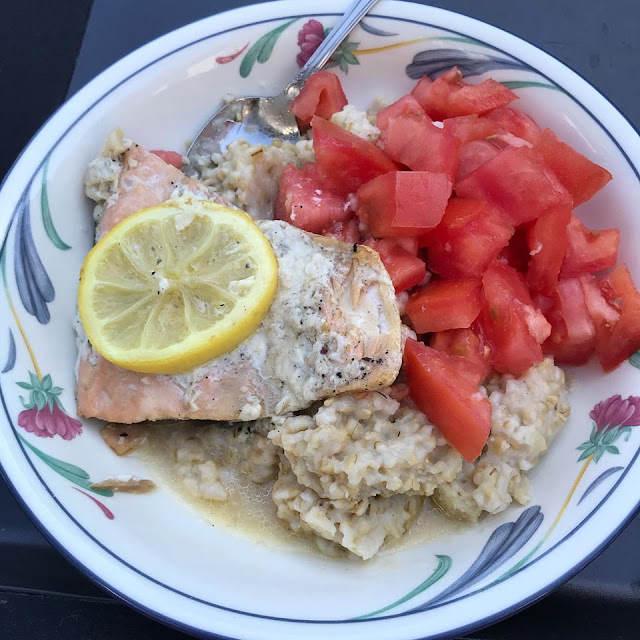