Man what a week! It’s not a good time to be a trans youth (when is it ever a good time?), a Ukrainian, or especially a black or brown person in Ukraine. It makes me want to burrow back into my blankets and ignore the world. But of course we can’t really do that, or not for long. Instead, let’s look at some photos that have nothing to do with world drama.
Sunday, February 20th
Another one bites the dust…
(Continuing my Black History Month project…) Meet Osheta Moore!
Monday, February 21st
This morning I saw the biggest most beautiful snowflake drift down right in front of me. Which was confusing because although it’s cold enough to snow, it was sunny. Well reader, it was not snow. It was a feather. 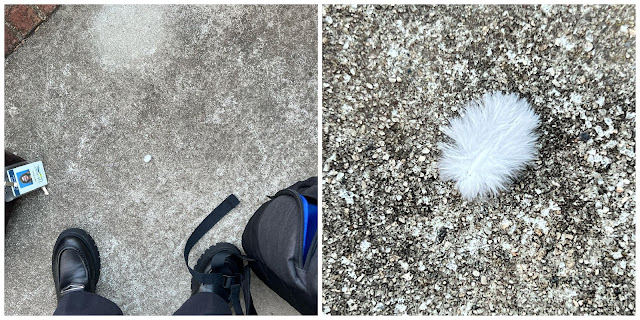 Another Monday, another bowl of fruit. 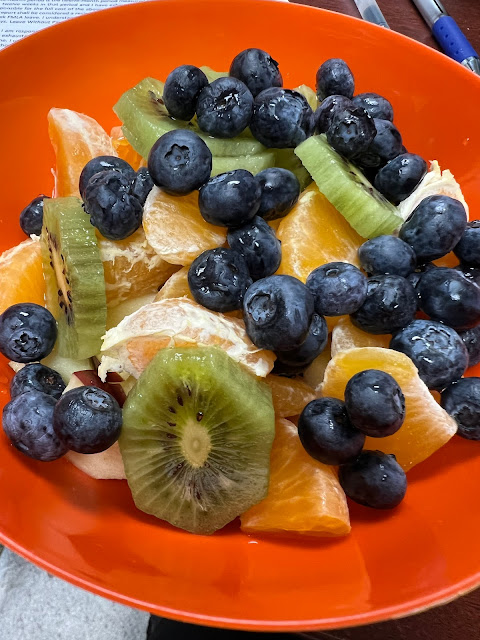 Meet Alexis Nikole, the Black Forager!
Tuesday, February 22nd
I can’t believe I didn’t document Twosday! But alas, no photo.
Meet Patricia Taylor!
Wednesday, February 23rd
No photo today either. What the heck.
Meet Natalie!
Thursday, February 24th
It was a wee bit foggy on the way to work. I was thinking that it was actually pretty & not all that dangerous – you could see pretty far down the road. I’ve been in fog in Ohio that was much more scary!
Meet Luvvie!Friday, February 25th
Daffodils after the rain.
The sky as I was leaving my dad’s house. 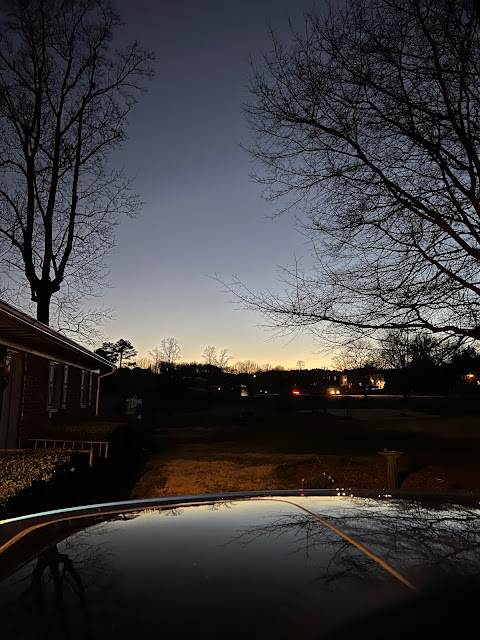 Meet GG Made It!
Saturday, February 26th
The making of a Bugwood! At the end is a terribly unflattering video of me trying this sandwich. Two thumbs up - adding the Cheetos was genius!

Playing with the macro setting on my phone – phlox & forsythia!
I spent a lot of time crocheting today. I blocked this shawl (a gift for the retiring director of my department), and made this potholder for a coworker (it’s a bit wonky – I need to work on my technique). I also started working on my 12th (I think it’s 12th) Moogly afghan. No photo yet, but you guys have been on all my other journeys so I’ll definitely share this one. I’m using some Irish wool that a parishioner gave me in Ohio. I have so much & have never figured out what to use it for. We’ll see how this goes.
Meet Lyneezy!
Well, it’s time to head into another week. I wonder what the hell will happen this time. Any guesses?
at February 27, 2022

Email ThisBlogThis!Share to TwitterShare to FacebookShare to Pinterest
Labels: crochet, Project 365, Puzzles, Weird Things I Do