We will not let hate win (will we?)

Yesterday I unfriended someone on Facebook - not something I do very often. Usually, if a person has wildly different views of life than I do & I don't want to see his or her posts, I'll just hide that person from my news feed. But this time I decided that I just didn't need to be Facebook friends with a person who had this particular point of view. What did she post? It was one of those memes that said, in effect, no white person alive today ever owned a slave and no black person today has ever been a slave, so basically everyone just get over yourselves.

As if the effects of centuries of people owning other people can be rinsed down the drain like grime after a hard day's work. As if the very institutions that undergird our nation aren't set, by default, to favor white citizens. As if the average black child in the United States today really does have the same advantages as the average white child.

I read an essay the other day where a woman was talking to a black man who couldn't swim. She said that he must not have grown up around water. But he replied that his town had a pool, but that black people weren't allowed to use it. Today that town's pool most likely doesn't discriminate. But what is the legacy of this story from our (relatively) recent past? I grew up hearing that "black people don't swim," as if it was a genetic disposition instead of a lack of opportunity. And this is just one example of systemic discrimination.

I used to believe that once the "older generation" died off, the United States would become a utopia where no one was treated differently based on the color of their skin, sexual preference, gender, or nationality. I'm not that naive anymore. We can't afford to wait for some fictional utopia. We need to actively seek the change we want in the world. What does that look like for me or you? No clue. But I'm ready. 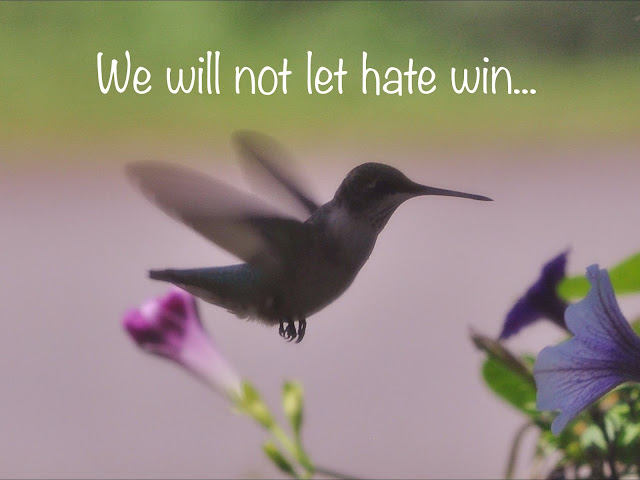