For some reason, today, I am feeling more hopeful about the direction the country is moving in. Maybe I’m delusional. That doesn’t mean that I don’t intend to continue to do the work to help dismantle racism (once I figure out what my piece of that work is).  For now, let’s see what else happened this week. For example, this is the week that I finished the blanket I’ve been working on. I was about to say that now you will have seen the end of it, but I took pictures of it today in its new home, so you’ll see those next week.
Sunday, May 31st
I love this picture of Peaches the Rose – you can see all the different stages of her flowers, from peach bud to blowsy lady. 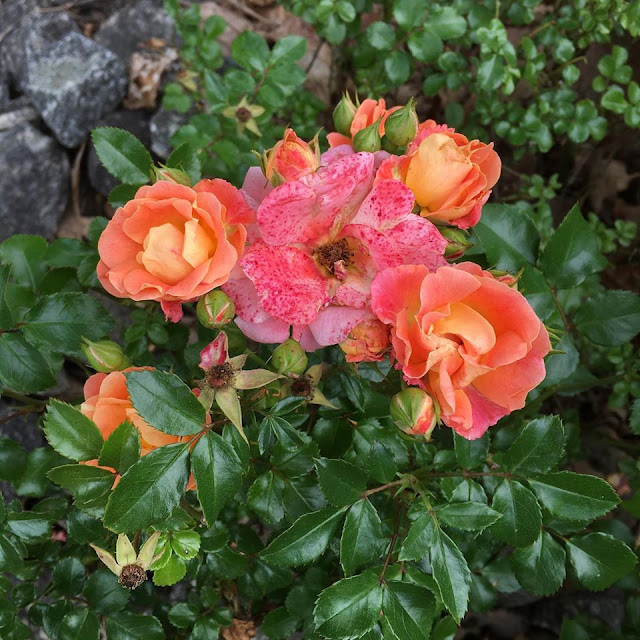 I called this the Banana Bread of Doom. I accidentally used ¾ tablespoon of salt instead of ¾ teaspoon. You wouldn’t think it would make that much of a difference, but reader: it does. I made some caramel sauce later in the week to see if I could trick myself into thinking I was eating some sort of salted caramel dessert, but it only sort of worked. 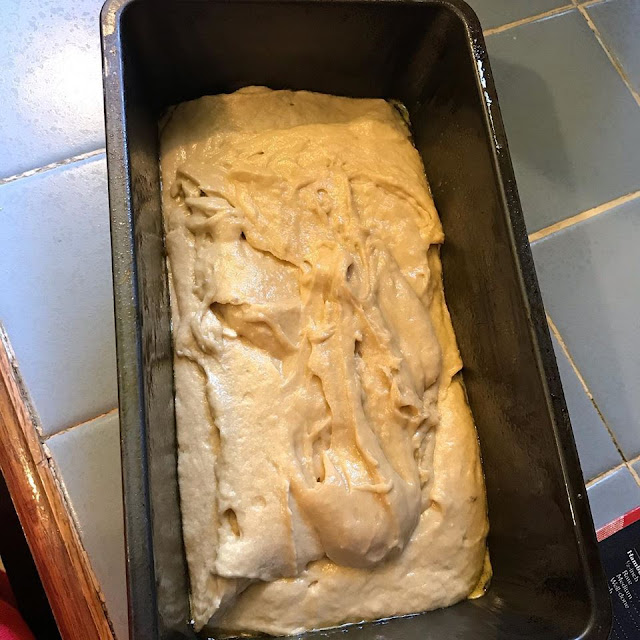 THE LAST SQUARE (of this particular blanket). 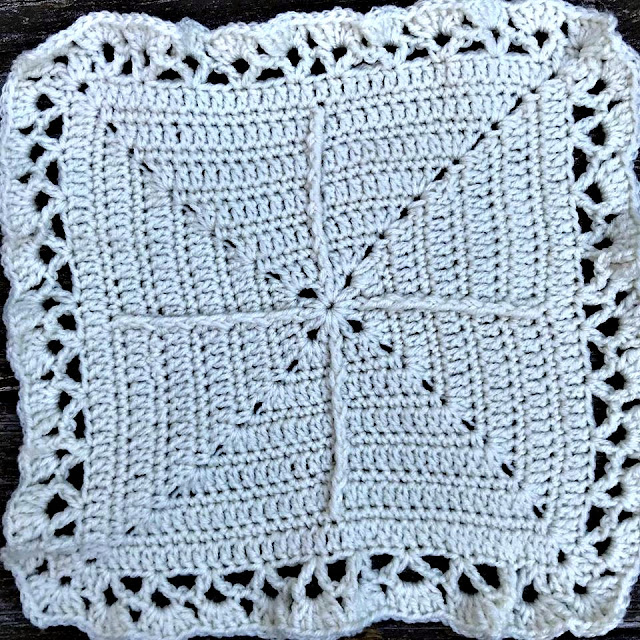 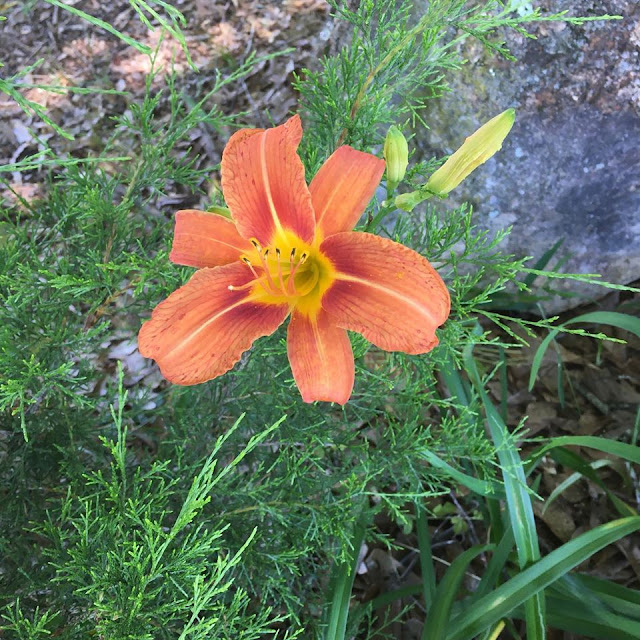 Tuesday, June 2nd
Salad in a jar. It had leftover homemade pulled chicken bbq in it and it was GOOD. 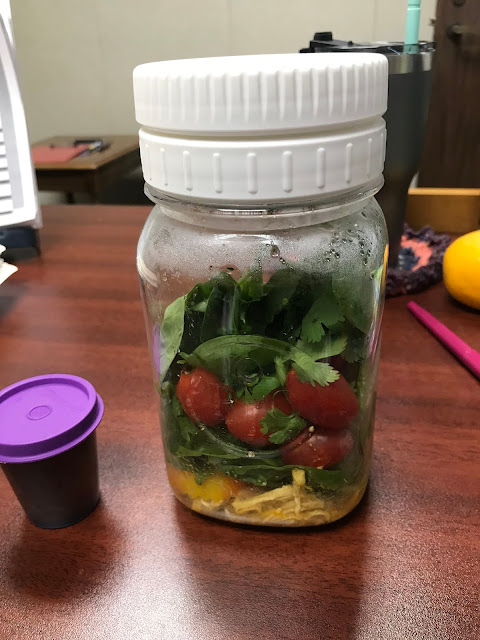 Wednesday, June 3rd
I took just a few grapes to work for a snack. Heh. 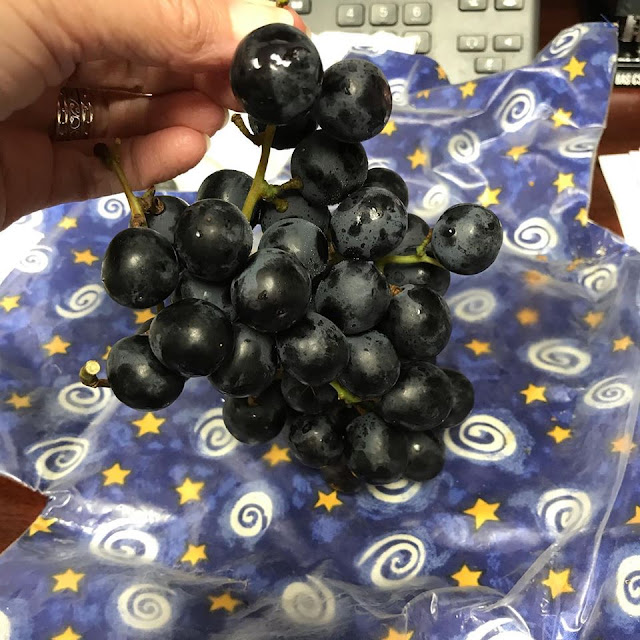 We have these very interesting flowers growing by the building I work in. What are they? 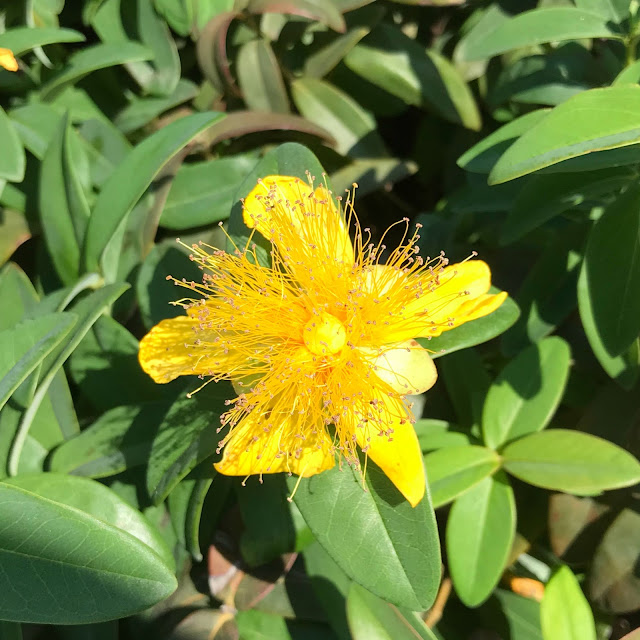 Dr. M grilled some corn so we could have Mexican street corn again. It’s my new favorite thing. 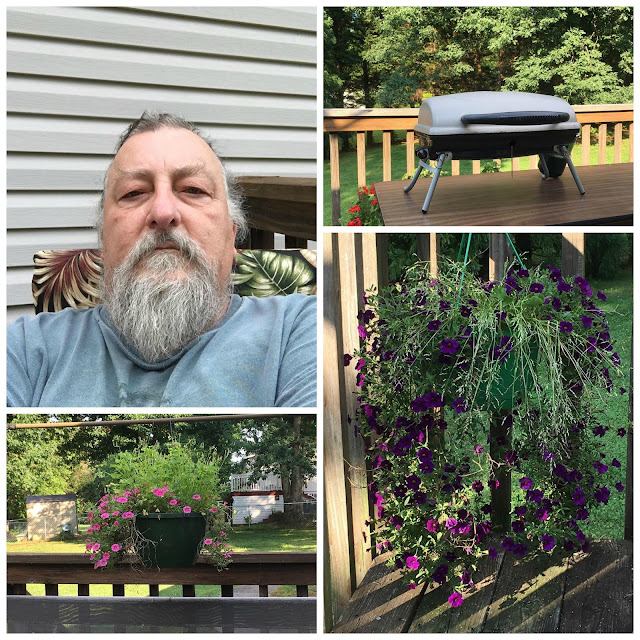 Thursday, June 4th
We haven’t really been wearing masks at work – just trying to not be in each other’s space. But, my office is kind of small, and when I meet with employees I have to spend time closer than 6 feet (especially if we’re going over paperwork), so I decided that I needed to be a better citizen by wearing a mask. 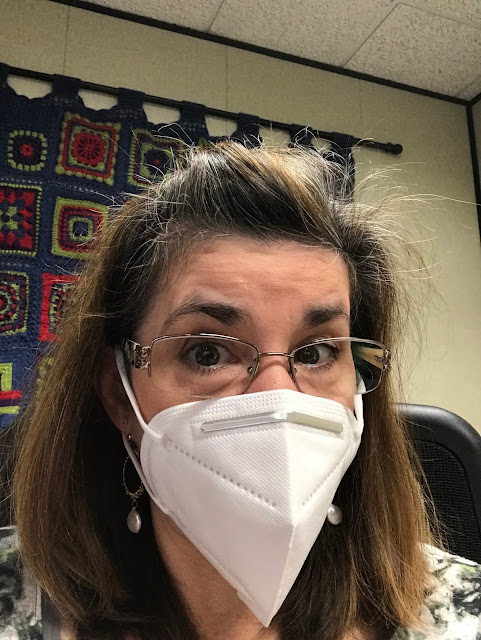 Friday, June 5th
Time to add all of these squares to this monster! 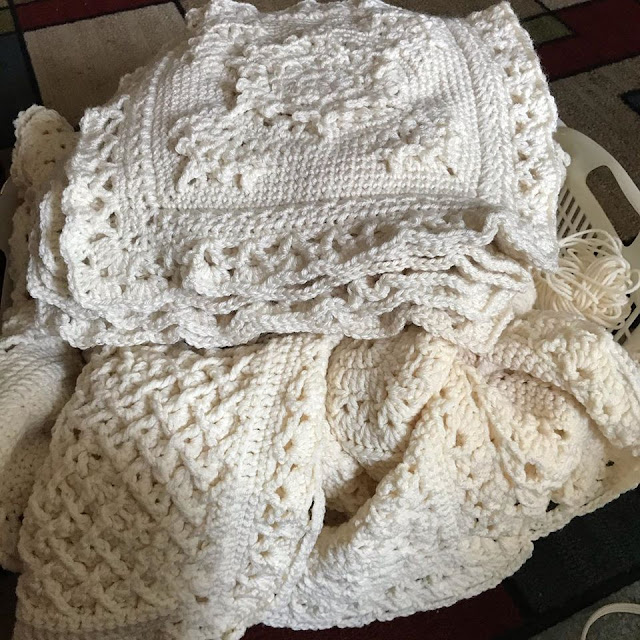 Both geraniums are now blooming and seem to be very happy out on the deck. 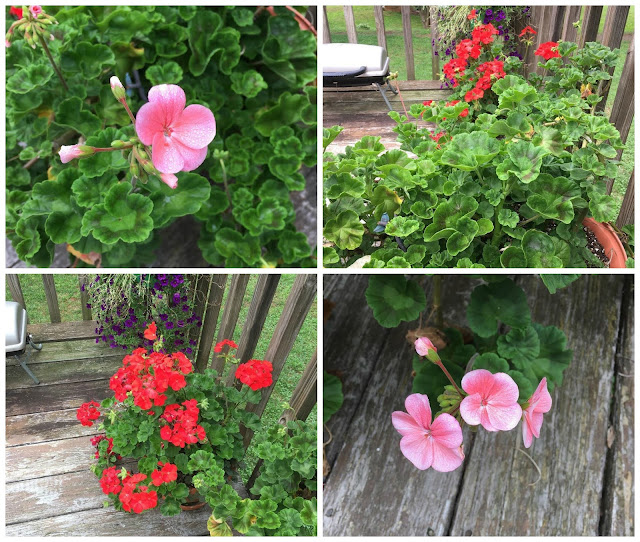 Saturday, June 6th
Ta da! I really struggled to get a good picture (the blanket is almost 7.5 feet square). I’m including the video because I think it does a little better job. The recipients (Daddy & Sue) seemed VERY appreciative when I delivered it today. It was a really fun project, but I’m glad to get it out of our living room. Ha! People keep asking how long it took to make. It's hard to tell because the original 24 squares were done over the course of a year (a new pattern was released every two weeks). But I estimate that I spent about 3-4 hours on each of the 36 squares. The joining itself didn't take that long, but maybe add another 2-3 hours for that? So, somewhere in the (very broad) range of 100 to 150 hours? 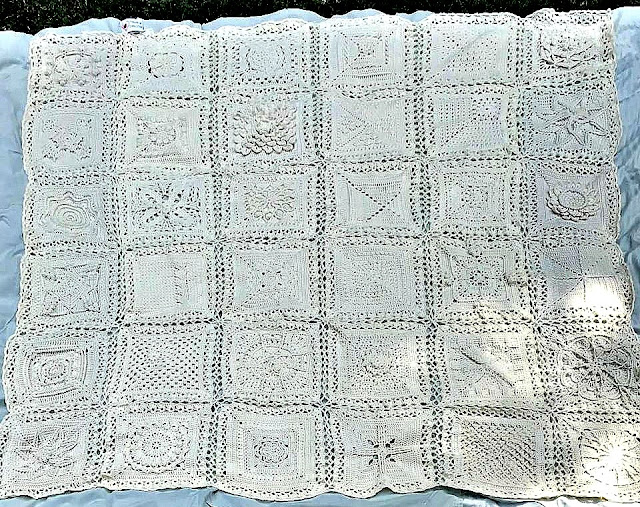 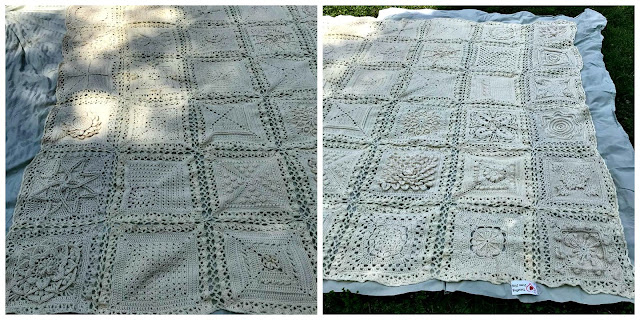 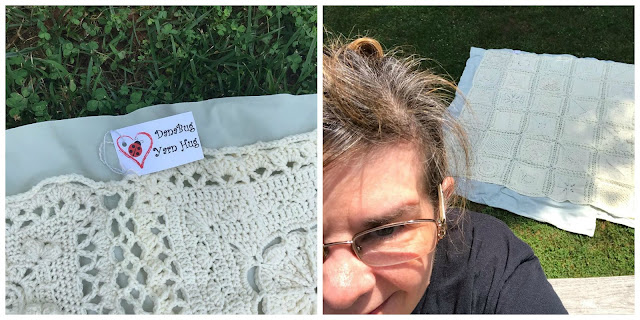 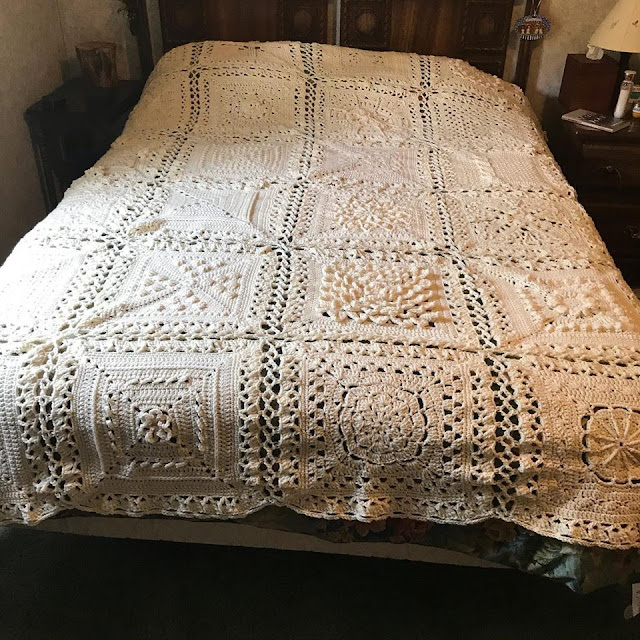 Our Mistfits box had an English cucumber in it today, so Dr. M made cucumber tomato salad. It was really yummy! 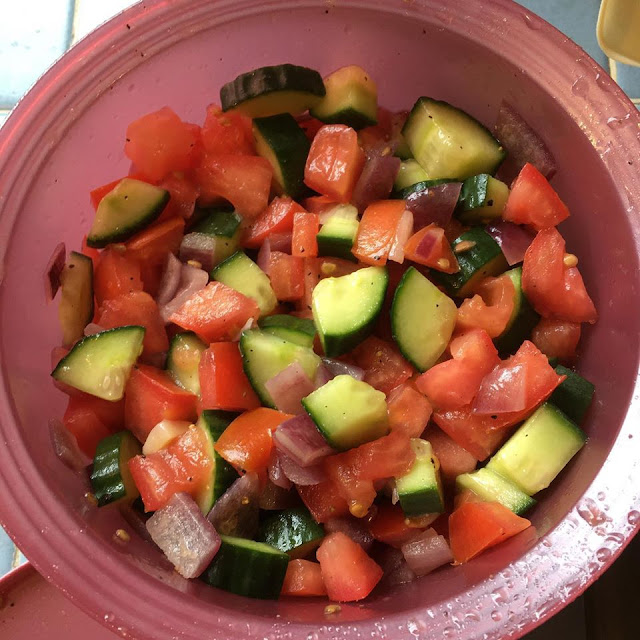 I am getting ready to work on my May book review post, but expect that I might post some more information about the Black Lives movement at some point. Dr. M has been doing some good writing on Facebook, so I might steal from him. Something for you guys to look forward to!