You will be thrilled to know that I am now finished discussing allergy meds (for the time being). I used the Xyzal for exactly two days and decided that being alert was more important than being able to talk. And frankly my voice has been mostly fine lately. I wonder what I’ll complain about next week? The attack on the US postal service? The general misogyny in all areas of human life? The fact that evangelical Christians continue to bray about being persecuted and (apparently) think that  the current president will save them? (Fun fact: neither of these is true.)

Sunday, August 9th
That’s a lot of containers of food for Monday! You’ll be relieved to know that I ate half of everything (oatmeal, fruit, salad). So then I didn’t have to pack Tuesday’s lunch. Woot! 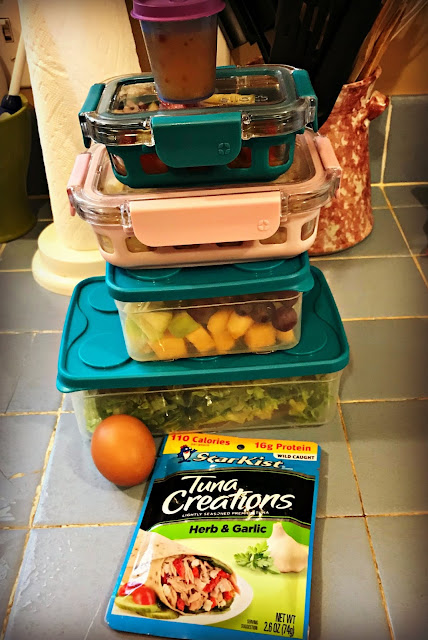 Monday, August 10th
Our wildflower bed is battered, but still contains some gems. 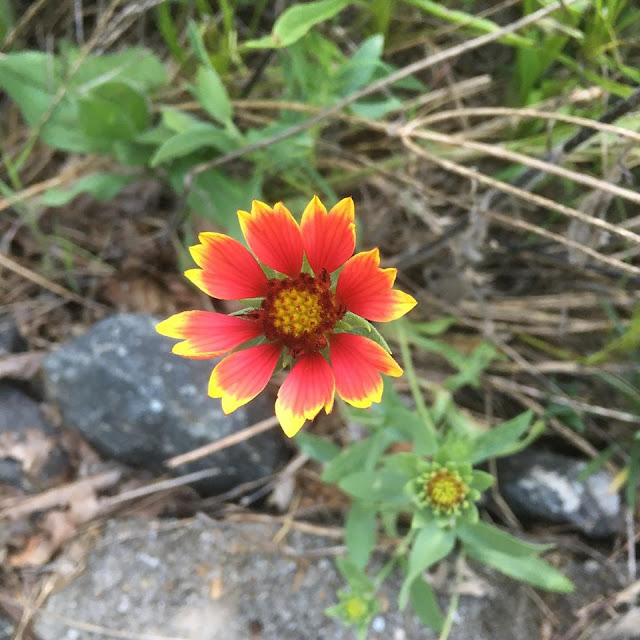 Tuesday, August 11th
Pulled this back out to work on. 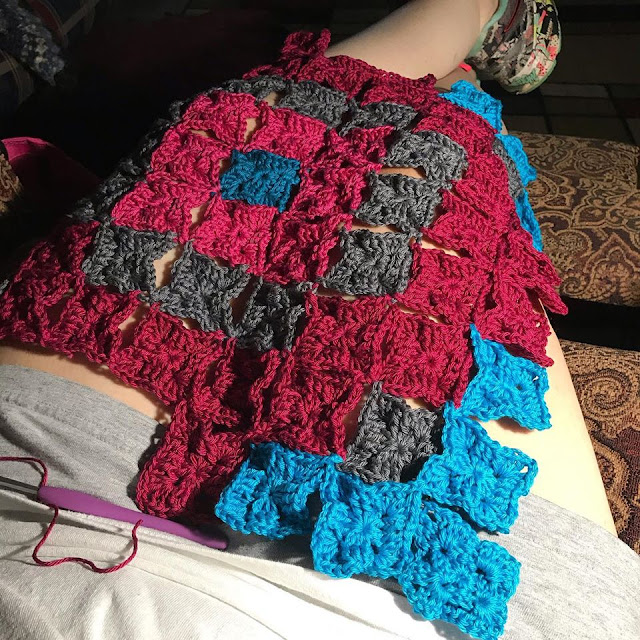 Wednesday, August 12th
Met a friend for lunch. I had already eaten by the time she said she was going to be in the area, but I am never too full for dessert! 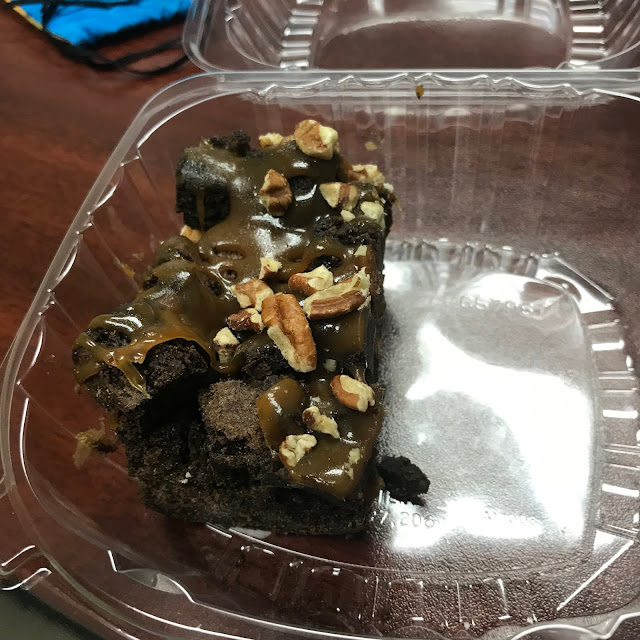 Thursday, August 13th
I wear my glasses on top of my head until I get into the office & then (usually), I put them on my face. Something went awry here. 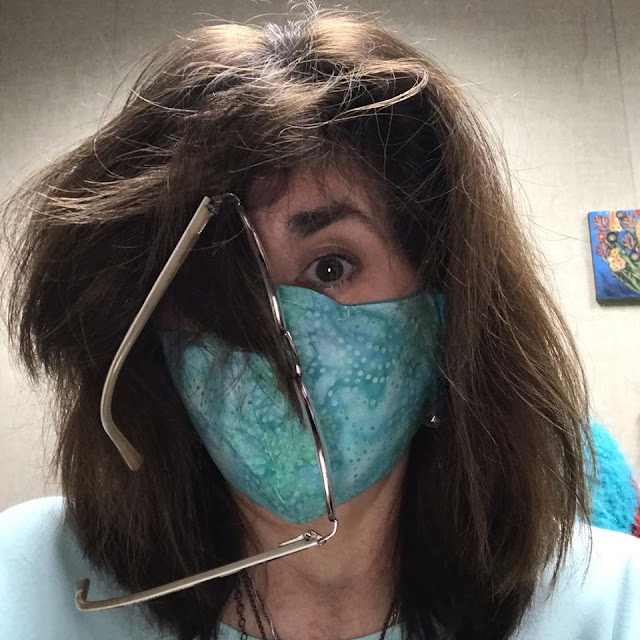 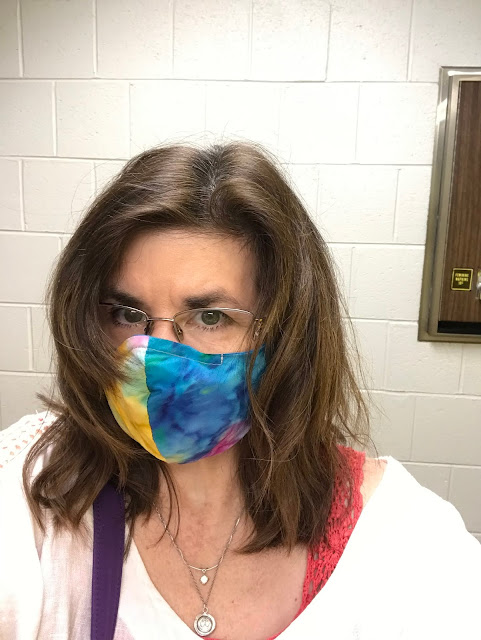 I posted on the socials: There’s something not quite right here, but I can’t put my finger on it. Can one of you help? 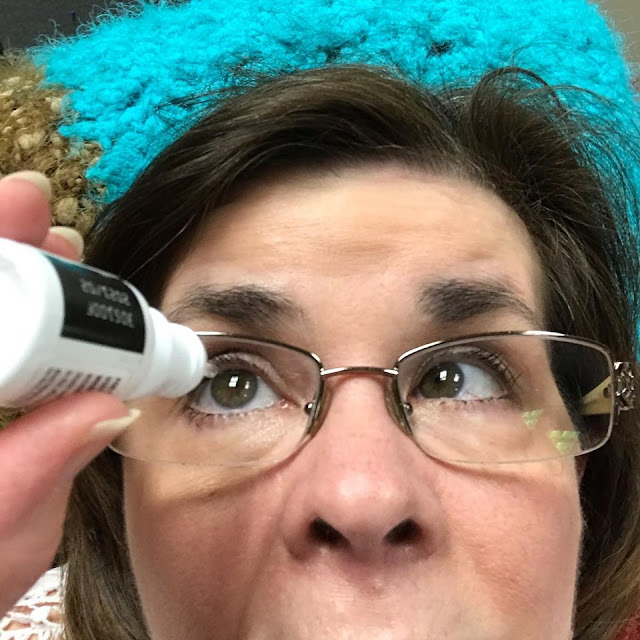 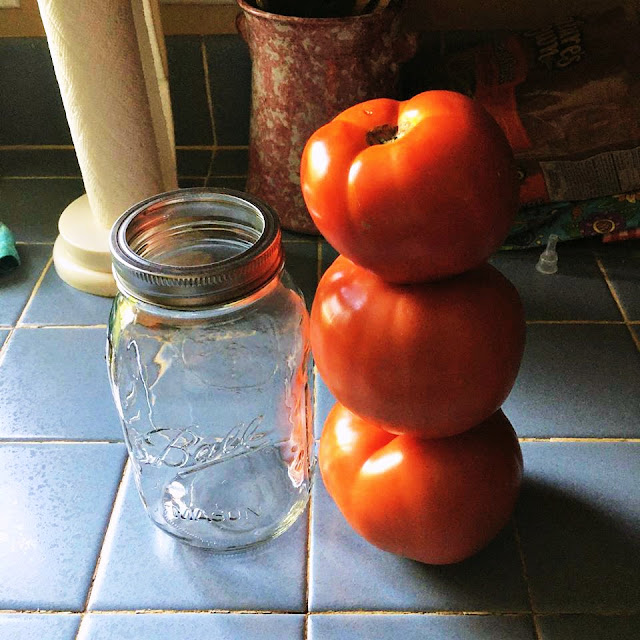 Saturday, August 15th
Progress photo on the project, plus the introduction of a fun new color! I’m not sure what I’ll think about the end result, but I’m very much enjoying the process of making it. 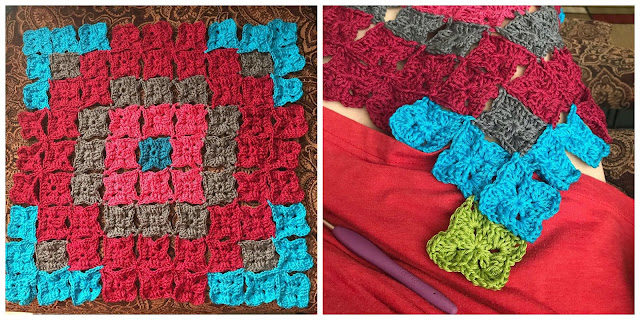 Last week Steve Reed asked who Otis the Sheepadoodle is. He’s a dog we follow on Instagram – go here if you’d like to check out his page. And YES Steve you should absolutely make an Olga calendar!

We had a 5.1 magnitude earthquake on Sunday morning. I was asleep, but I felt our house move and I remember waking up briefly & wondering what the heck Dr. M was doing that would shake the whole house, & then I rolled over & went back to sleep. So that’s basically how helpful I would be in a crisis. What about you? Would be you an asset or a hindrance in an emergency situation?