So, apparently this is an every other month post now. I almost decided to just quit messing with it, but these little “reviews” are helpful for me when I’m trying to remember a book later. 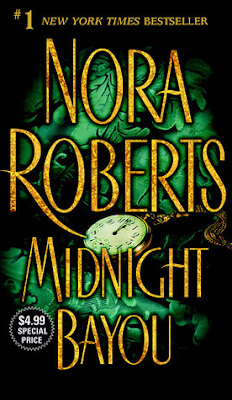 Midnight Bayou ★★★★, by Nora Roberts. I reread this book from 2001 & it was almost like it was brand new! A lawyer from up north buys an old plantation house which, of course, has ghosts. There is definitely an element of possession (but you will be surprised at who is possessing whom). It was a fun light read with the usual Nora Roberts conversational style which I enjoy. 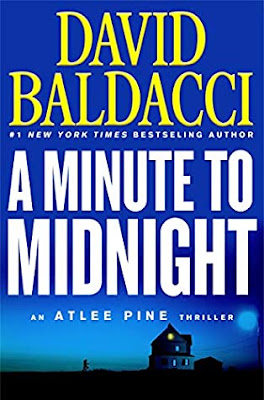 A Minute to Midnight (Atlee Pine #2) ★★★, by David Baldacci.  FBI agent Atlee Pine heads to her hometown in Georgia to start unraveling the mystery of her twin sister who was abducted when they were six years old. There was a lot of “you have got to be kidding me” in this book, but it moved the mystery along and I ended up finishing the series (4 books – you’ll hear about them next month). 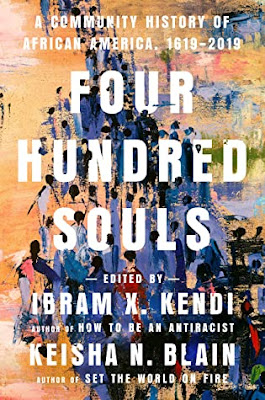 Four Hundred Souls: A Community History of African America, 1619-2019 ★★★★★, edited by Ibram X. Kendi & Keisha N. Blaine. This is a compilation of 90 essays that showcase various points of the African experience in America. It is so good! I listened to the audio version, which made every essay fresh and they were all fabulous. This is from my review on Instagram: At the end I felt so much despair about how much has changed and how much has STAYED THE SAME. Racism really is embedded in the fabric of our nation - in every institution, law, and white heart (no matter how “woke”).

There are poems as well as essays, and the beginning of one (AND THE RECORD REPEATS by Chet’la Sebree) just gutted me: “There’s dust, a scratch in a groove, and here we are repeating the same two seconds of ‘Strange Fruit.’”

And this, the end of the last essay, written by Keisha N. Blaine: “This dream is not yet a reality. We have much work left to do. While I remain doubtful that we are our ancestors’ wildest dreams, I believe we can be. More than four hundred years since the symbolic birthdate of Black America, we still have the unique opportunity to shape our current dreams into future realities. The task ahead is not an easy one. But we can help chart out a path that leads us all to a better future—the kind of future that will more closely resemble our ancestors’ wildest dreams.” 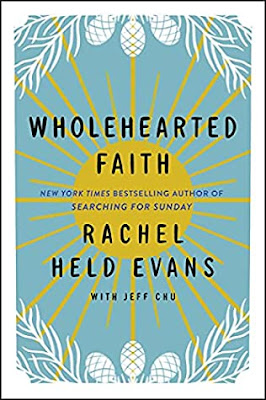 Wholehearted Faith ★★★★, by Rachel Held Evans & Jeff Chu. Rachel Held Evans died before she could finish this book, so her family asked Jeff Chu to complete it. I had a lot of BIG feelings while reading it. Rachel was such a good writer – and so relatable. One of her signature phrases was “on the days when I believe” & that resonated so much with me. This book is about (duh) wholehearted faith – a faith that isn’t just pretending and isn’t just picking and choosing the parts we believe. If you’re interested in a faith like that, you should definitely read this book. 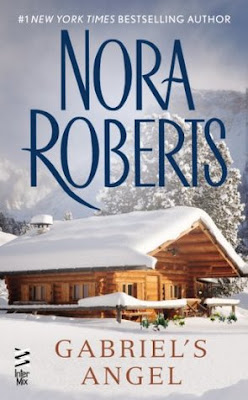 Gabriel’s Angel ★★★★, by Nora Roberts. I went way back to read this book – 1989! I don’t even know if I ever read it the first time. I’m rereading these because her Instagram account is posting flashback quotes from old books & they catch my eye. This book is about an artist who is living in a remote cabin when a very pregnant woman ends up trapped with him in a snowstorm. Shenanigans ensue. Even though it’s from so long ago it was still a good book with a strong lead female character. 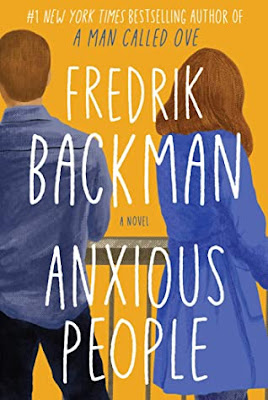 Anxious People ★★★★★, by Fredrick Backman. When I first started listening to this book I thought I wasn’t going to make it for more than a couple of chapters. It opens with police interviews and the people being interviewed were SO VERY ANNOYING I was going to give up. However, I persevered and it was well worth it. This book is about a bank robbery gone terribly wrong. I love Backman’s books because they’re so full of grace. Each relationship is its own little jewel. I always have a very happy heavy sigh at the end of his books.

I’ve finished four books so far in February. It’s possible (but not likely) that I’ll finish another one today. I’ll try very hard to post my February books before the end of March, but I’m not making any promises. Have you read anything interesting lately?
at March 02, 2022