I accomplished a major goal yesterday – I excavated the piano so that I could actually sit down and play the unfamiliar hymn that we were going to sing at the nursing home today. I was pretty pleased with myself. Of course, some of the excavating was just taking boxes and putting them under chairs, so I do still have to empty them. However, my post this week isn’t really about any of that.
Sunday, April 16th
Easter! I enjoyed singing the good old Easter hymns at the nursing home & then singing some new ones at the church I’ve been attending. Then I went to lunch at my uncle & aunt’s house. One of my great joys in moving back to NC is getting to spend time with my cousin Kim. We basically grew up together, went to college together, went to seminary – she introduced me to Dr. M. She will probably kill me for posting this, but it shows her personality pretty well. 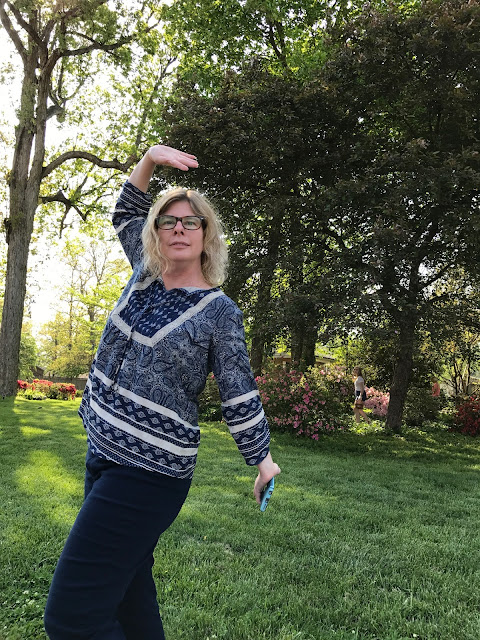 Here is the whole crew. My uncle & aunt had three girls, and there are seven grandchildren. And their yard is full of gorgeous azaleas right now! 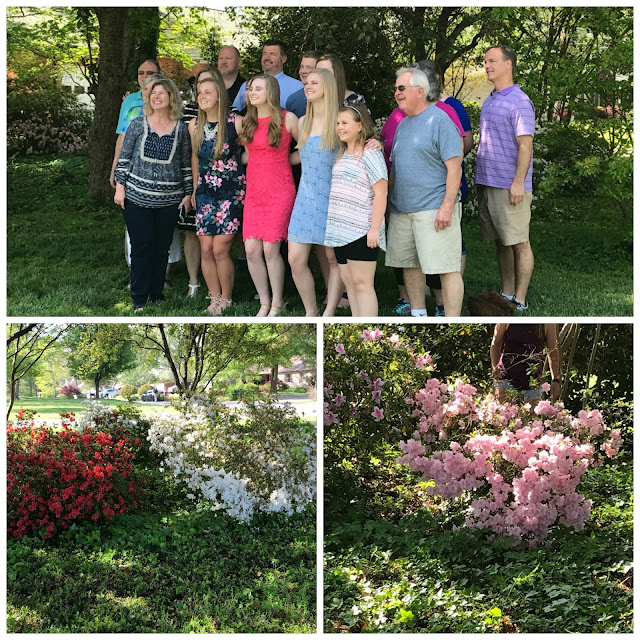 Monday, April 17th
The other thing I excavated was my gazelle! Before we moved I had been talking about graduating to a treadmill, which would give more of a workout. But the move was hard on my hip, and I haven’t been walking regularly, so I’m back to basics again for a while. I’m happy to report that I actually got more than 10,000 steps on two days. 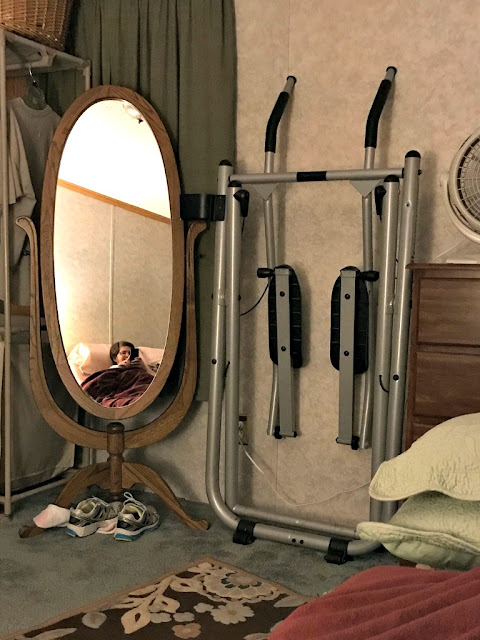 Tuesday, April 18th
Sunday & Monday were warmer than it has been, so it was my first opportunity to use the color for the 70s temperature range in my scarf. Oh man – that green was hurting my eyes! It just seemed so jarring & not in keeping with the rest of the color palette. So I switched it out. Not sure I like the new color very much either, but it’s at least a little less shocking. 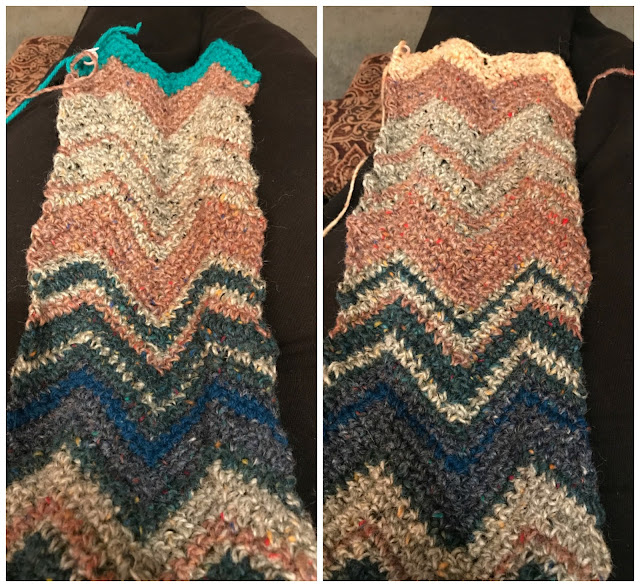 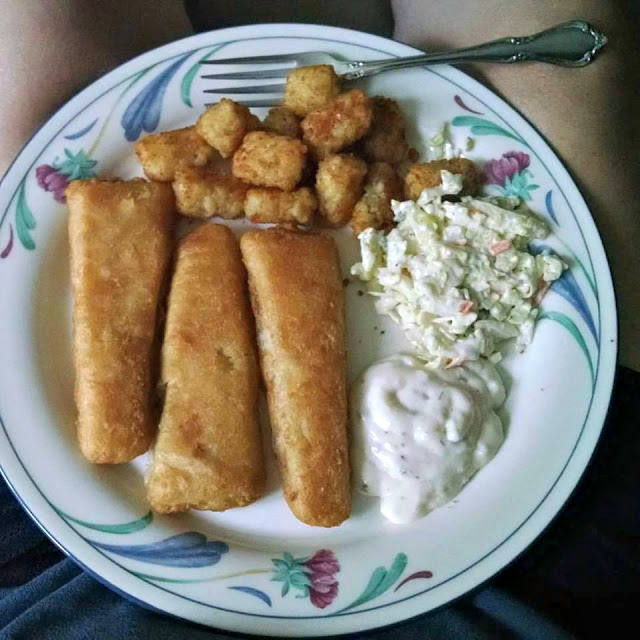 Charlie Horse – he’s living in front of the fireplace for the summer. We had to replace his Santa hat with something a little more seasonable. (You might recall that Dr. M's father made him.) 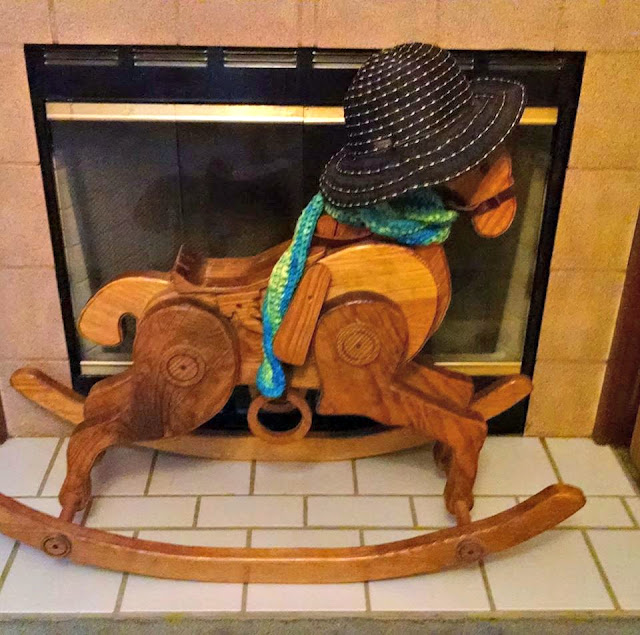 Thursday, April 20th
Dr. M looked out today & saw a squirrel on the suet feeder. What the heck little dude – I don’t think you can actually get any food out of there! 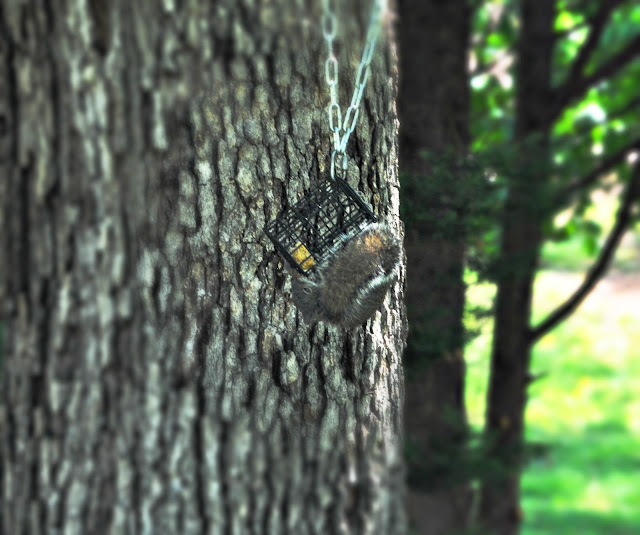 I mowed the yard & had been inside for about 10 minutes when the deluge struck. This is the season of afternoon rainstorms – I was lucky to get the yard mowed at all! 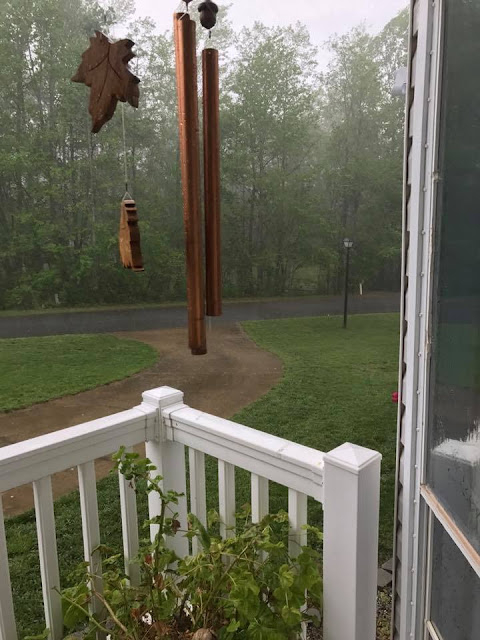 Friday, April 21st
Squee! We have baby birds! Our Eastern Phoebes have hatched. Also, we have a lot of these guys hanging around – five lined skinks! 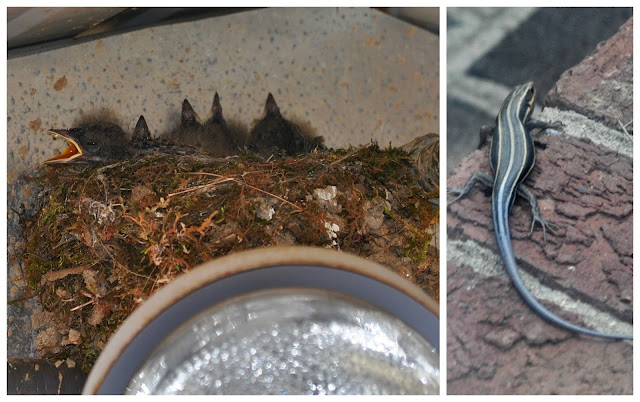 We went to BurgerFi again tonight. I got the veggie burger again. I love those things. Dr. M got the Conflicted Burger – it has a veggie patty & a regular hamburger patty on it. He also ordered the Cry & Fry, which came with these huge onion rings! I only ate one of them – that was practically a meal all on its own. So, the State of the Bug – about to eat an onion ring (almost) as big as my head. 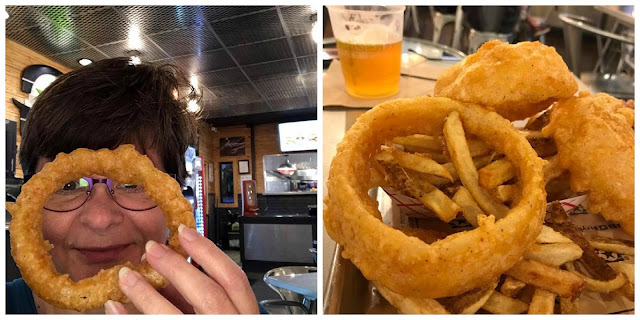 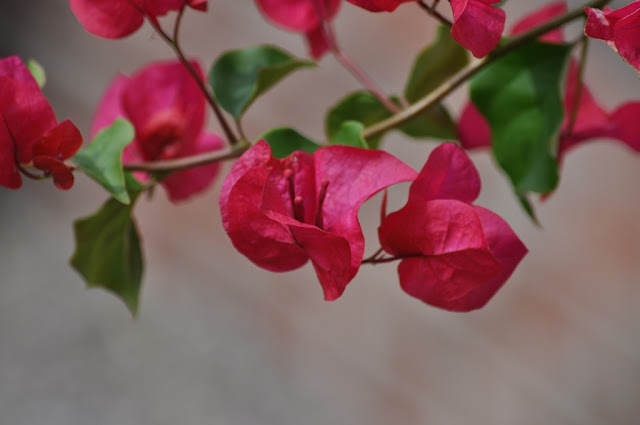 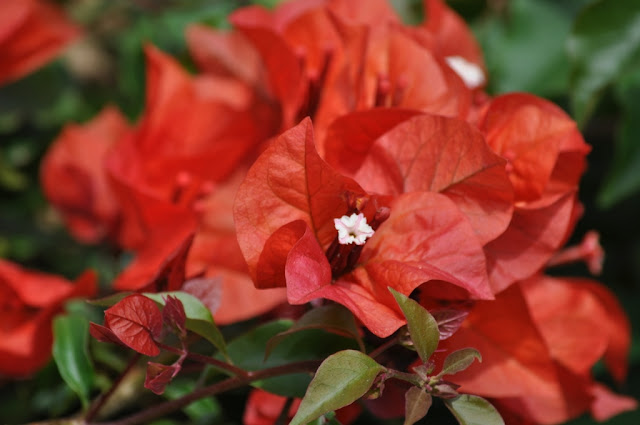 During the aforementioned piano excavation, I found this! I had totally forgotten about it. It was a gift from Dr. M’s mom. You know, she also gave us a couple of collectable dolls – I need to set up a tea party. Ha! 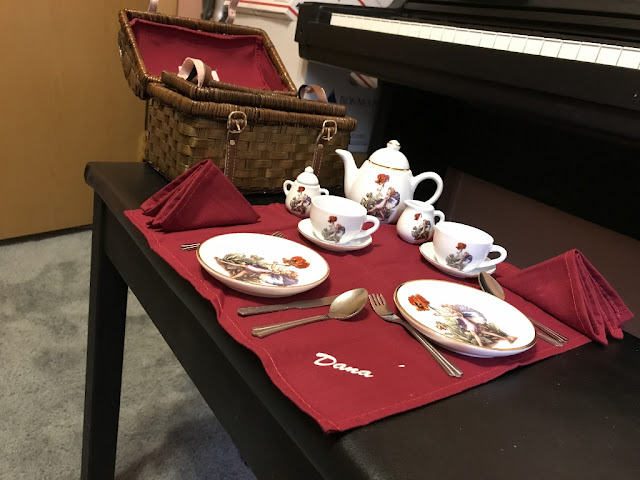 I can’t believe it’s Sunday evening & that another work week is about to start. My commute is a killer – shuffling through the living room back to my office.  Do you have any big plans this week?
at April 23, 2017