That Time My Nephew Was a Daredevil Romantic

My nephew Brandon recently returned from Afghanistan (he's a medic in the Army). He got to have a nice long leave at home before reporting to Fort Campbell & he decided that this was the perfect time to do something crazy and romantic with his girlfriend, Britt.

He told her that they were going skydiving. Britt had never been in a plane before, so already this was a crazy venture - get into a tiny plane for the first time & then JUMP OUT OF IT? 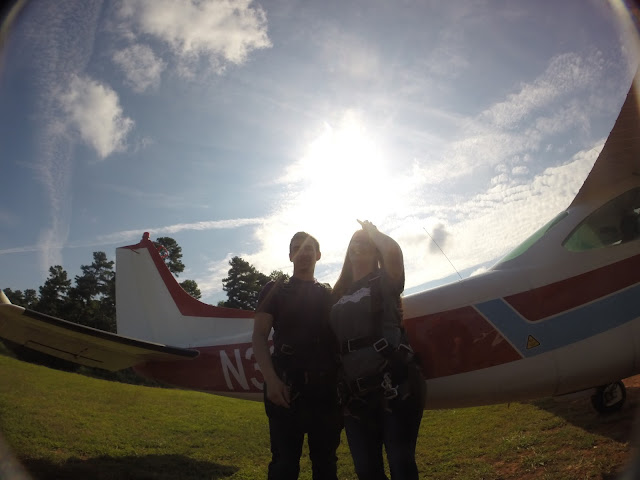 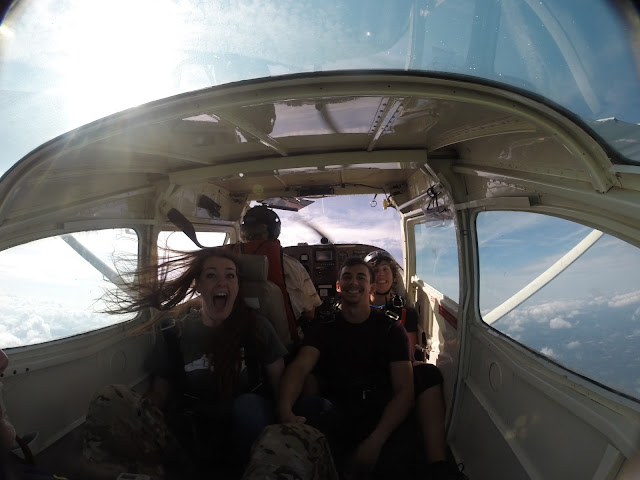 She was game, which just shows that they were meant for each other. 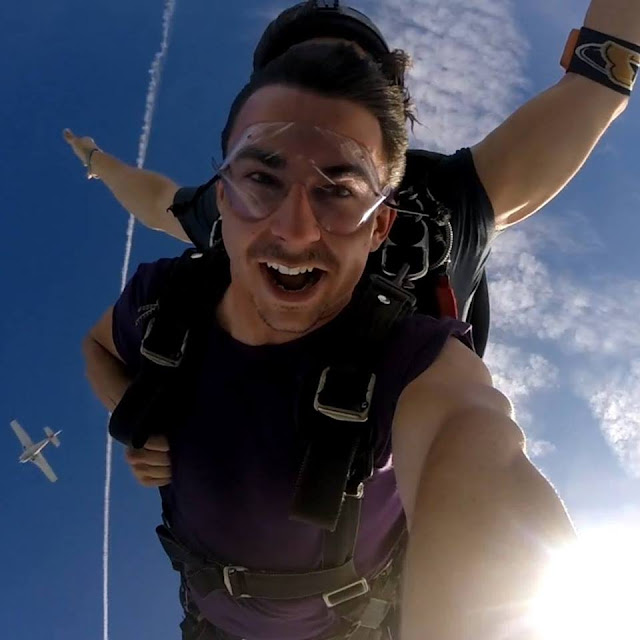 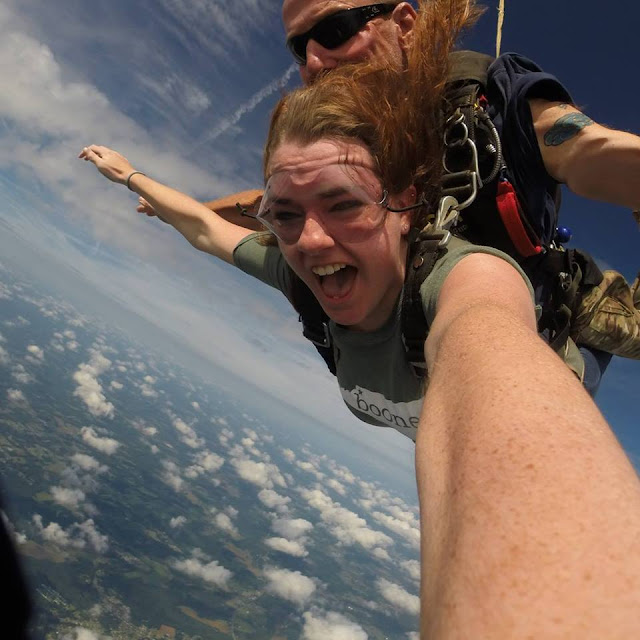 On the way down, her dive partner had to direct her gaze to one very important part of the field, where a bunch of giddy family members were waiting. (Pretend the banner is laying on the ground.) 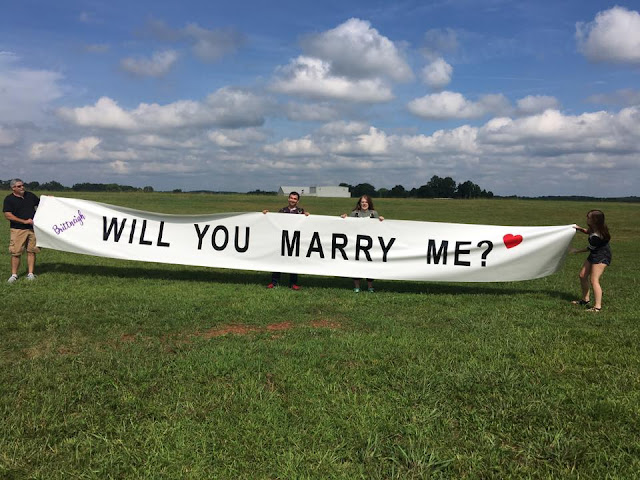 It was a pretty emotional moment for Britt - well, and frankly for the rest of us too! Thank goodness she said yes! 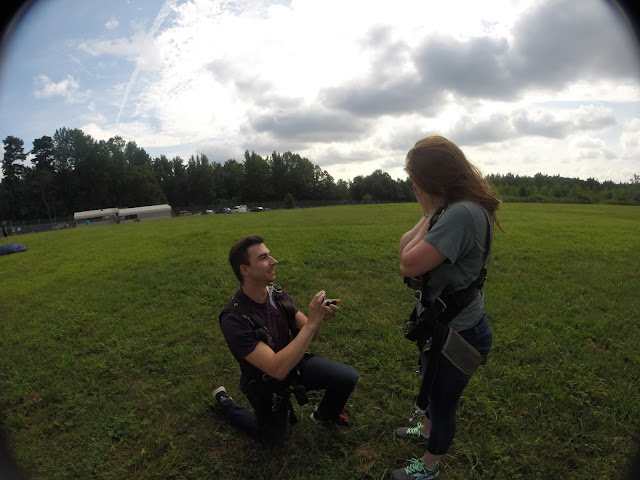 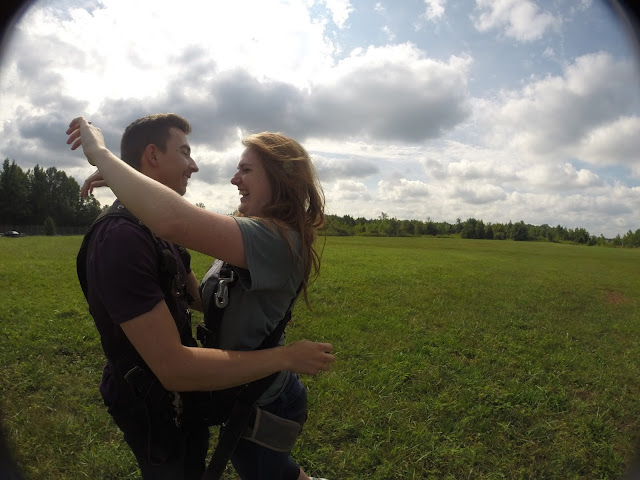 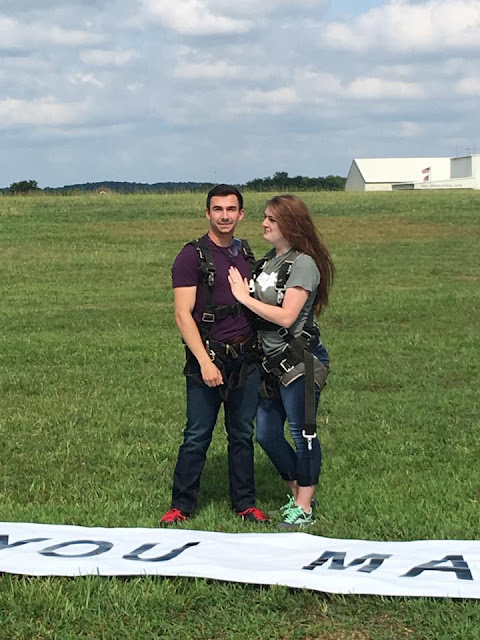 And now we're planning a December 30th wedding! Congratulations you crazy kids! (I actually mean that literally, you know.)
at August 30, 2017