Today I had my last holiday event of the year & boy am I ever glad! I’m looking forward to boring old January & February. Sheesh!
Sunday, December 29th
It was POURING down rain when I got to church. I very seriously considered just turning around & going back home, but I had some schmoozing to do so I went on in. 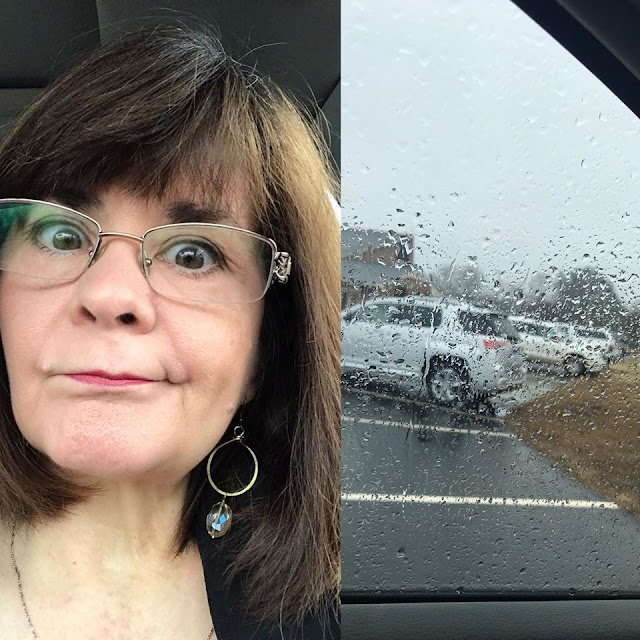 Monday, December 30th
This thing was making the rounds on Instagram, where this program would tell you which Harry Potter character you are. I was pretty chuffed that it decided I was Harry. 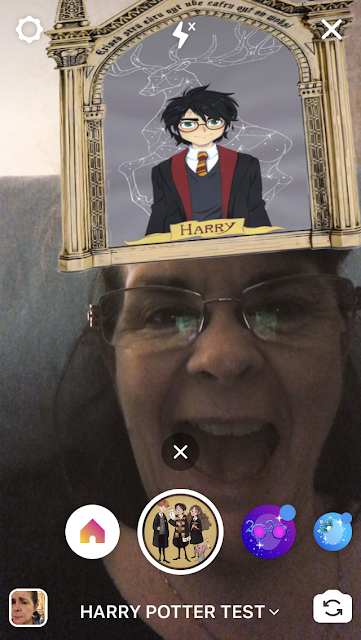 Tuesday, December 31st
I went to my cousin’s New Year’s Eve party & had a great time. This year I even (not really, but sort of) made it to round two of the ping pong tournament. Well, I lost in round one, but they took pity on me & let me play in round two too. 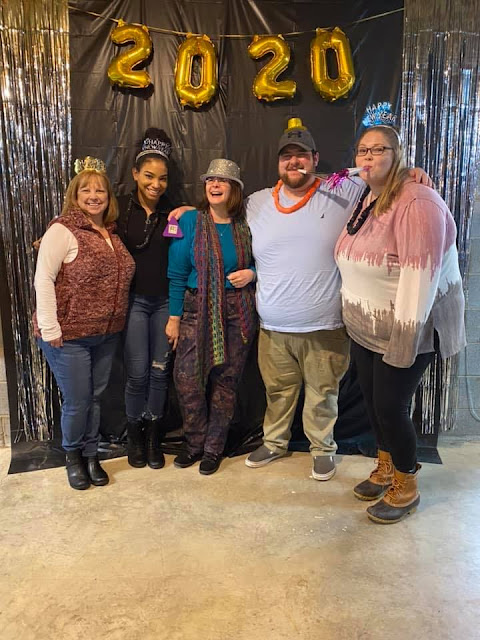 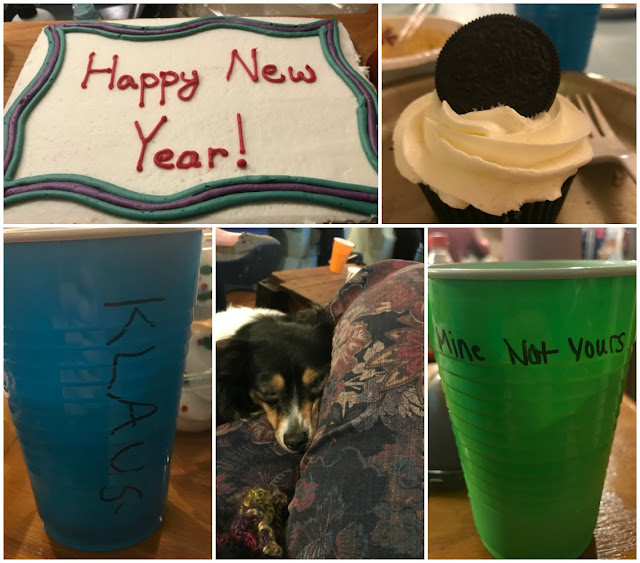 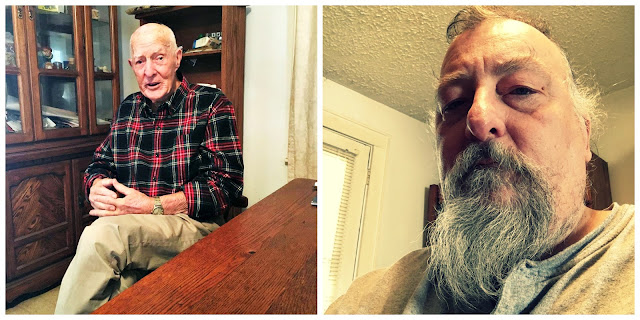 And my plan was to stay RIGHT HERE in my jammies for the day. 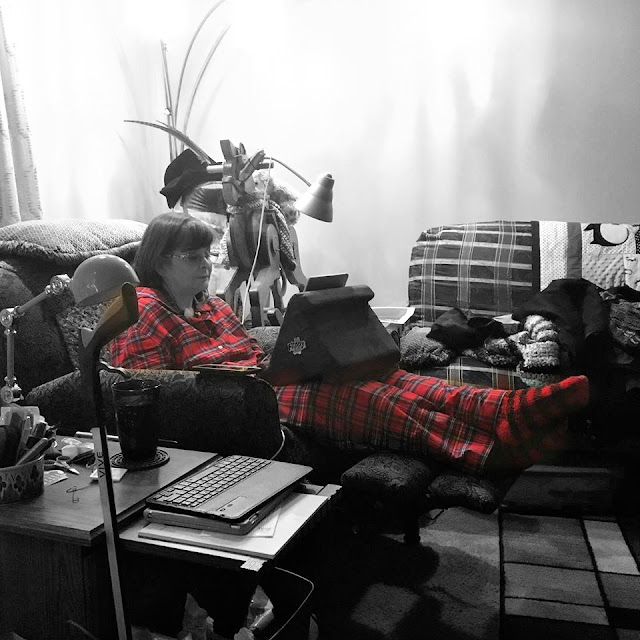 But instead I went to my dad’s to visit with them & my nephew & his girlfriend (I left my jammies on). I played some ping pong with my dad (he got a table for Christmas & I plan to get over there as often as possible so I can make it higher in the tournament next year). While I was there I took a couple of pictures of my Christmas gift from my nephew – SUPER COOL! 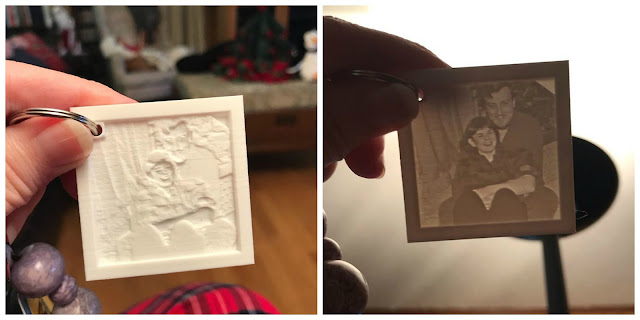 After I got home I made a couple of things for the office Christmas party, which had been postponed due to TOO MUCH FOOD before Christmas. 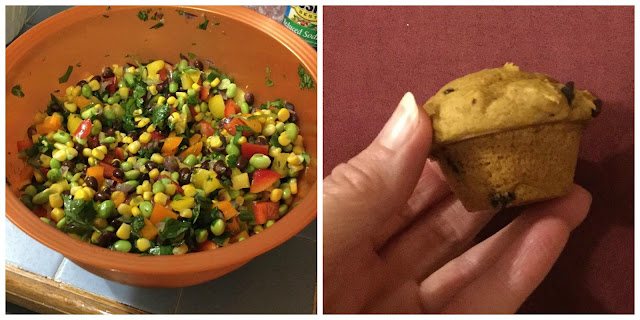 Thursday, January 2nd
I saw this driving to work today – I think we have that exact same lamb in our house.

Friday, January 3rd
Dr. M accidentally broke one of our ornaments today. He had this to say about it: Tonight I clumsily broke a 50 year old glass ornament. It hurt my heart...would that all of us would feel so sensitive about each other and our planet! 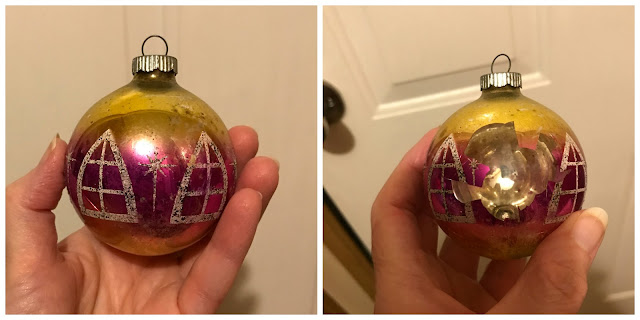 Saturday, January 4th
Today I went to church to set up for our Vegetarian Potluck on Sunday. We had folks try to do meatless Mondays during Advent & decided to have a potluck so we could share our favorite recipes. I carted a table and dishes (the real deal) up from the basement & rearranged things & washed dishes, and basically got all of my steps for the day during the couple of hours I spent there. I was worried that people wouldn’t fix food, and I was worried that people wouldn’t come, but (spoiler alert!), it was a success! Plenty of food & plenty of fellowship. You’ll get to see those pictures next week. 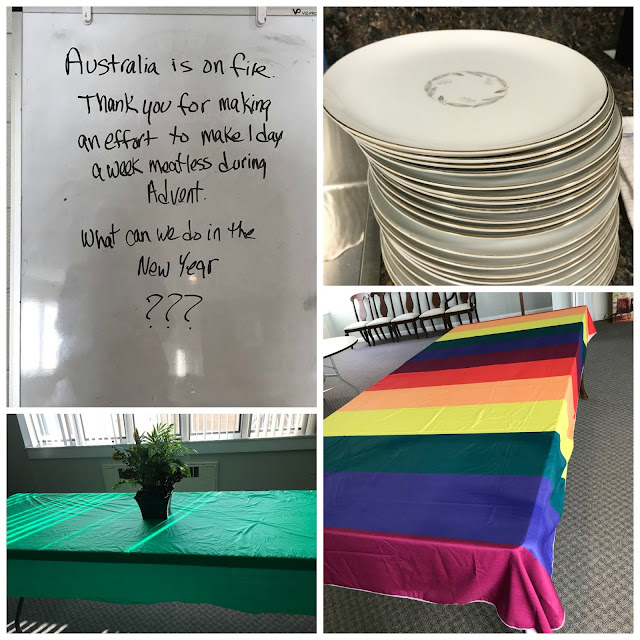 Meanwhile, Dr. M spent some more time with his dad & got to see critters on his way home. Floofs & flocks! 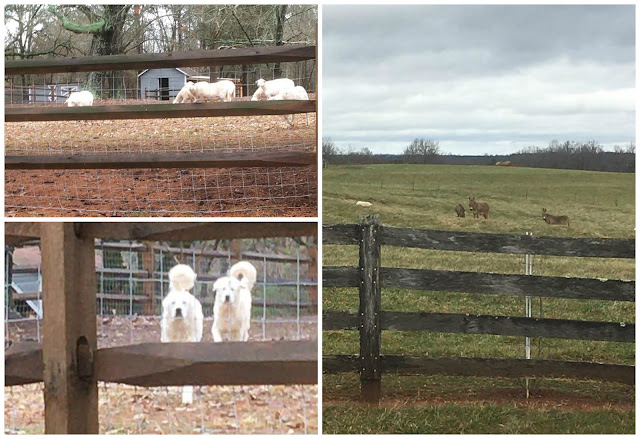 It’s going to be weird having to work for five straight days. And then there is a church council retreat on Saturday. It’s entirely possible that I will fluff off on Sunday & do nothing. I am putting all the usual suspects on notice – you may or may not see me. How about you? Are things back to normal in your neck of the woods?