I looked at the calendar, and I reviewed last year, and I think it’s just the way the months overlapped that caused me to have an extra week. If I don’t count the week in this post as “week one” then I think we’ll end the year correctly. Anyway, we’ll see in December if I’m right.
Sunday, December 26th
We went to Dr. M’s aunt’s house for soup & sandwiches and visiting with each other. We hadn’t been together since 2019! 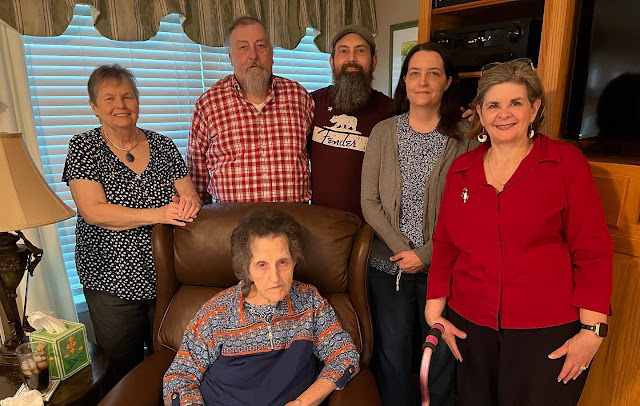 Monday, December 27th
Met up with my college friends for the 38th year in a row (well we skipped last year…). Dr. M was on Pop duty, but the rest of us had a blast, as usual. Sharing the last photo because why does your hair look better when you put your glasses on top of your head? And yes, I did eat ALL OF THAT FOOD. What the heck. It was delicious. 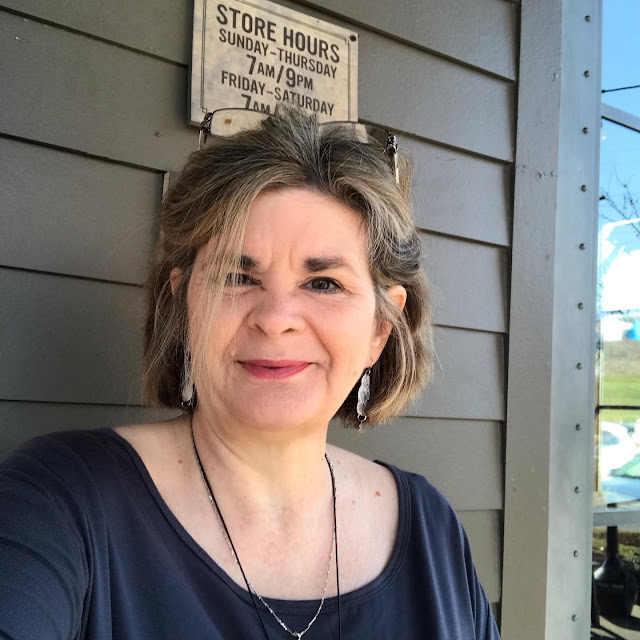 Tuesday, December 28th
No photo.
Wednesday, December 29th
To the spider living on my shower curtain: how does time work for you? Does the sudden giant waterfall seem to happen daily, or is it more like a hundred year event? Do you notice my gyrations as I try to make sure I don’t wash you away? Someday I’ll need to clean the shower; will it be traumatic when I rehome you? Hashtag ThoughtsWhileBathing (Note: the spider was only about a quarter inch in size – eensy – and it was gone by the time I got home from work).
Thursday, December 30th
Dr. M made an excellent soup for dinner with orzo, spinach, & chicken – a contrast to all the cheesy things we’ve been eating.
Friday, December 31st
My rather orangy-yellow brunch. Speaking of cheese, this thing had THREE kinds on it: a piece of naan with laughing cow cheese spread on it, mounds of shredded cheese to make a nest for my egg, and then parm on top. It was QUITE tasty.
Saturday, January 1st
It was my great-nephew’s 1st birthday and I went to the party & took a zillion photos. I’m including all the cake pictures because I find them hilarious. Maybe next week I’ll share the photos I took of the other family members. Enjoy! 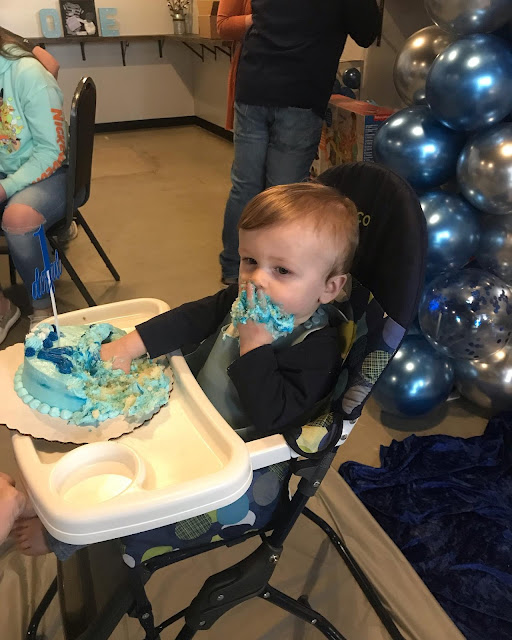 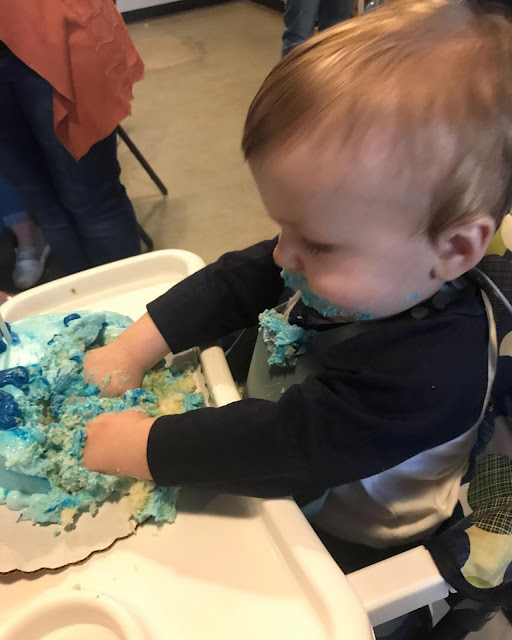 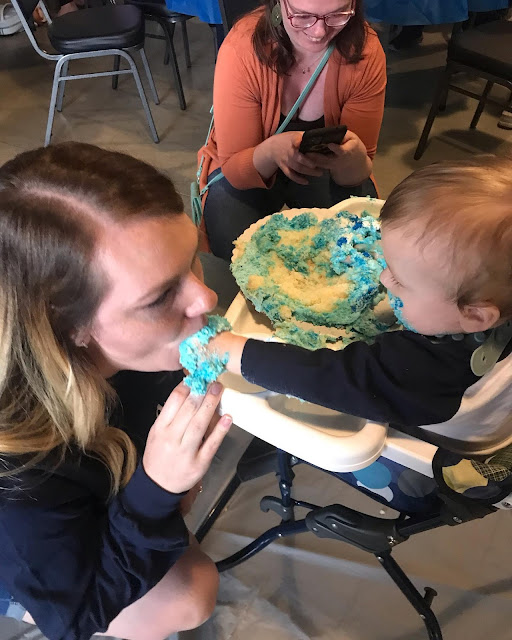 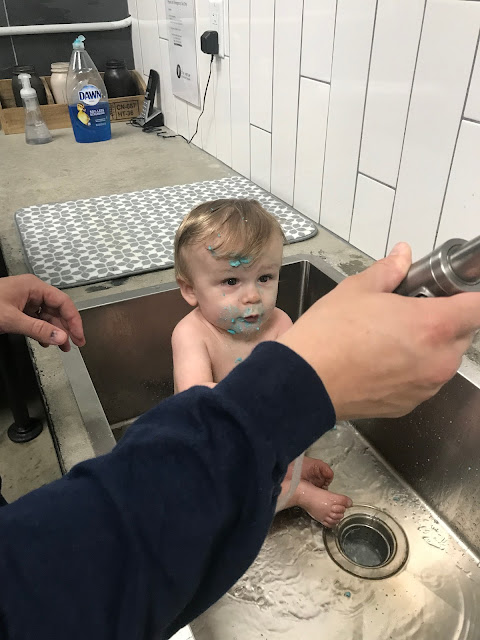 We’re in a brand new year. I don’t feel all that optimistic about it, but maybe I’ll be proved wrong. In the meantime I only have two “intentions” for the New Year: Do NOT buy more yarn unless absolutely necessary (I already know of one project where I will probably get some yarn). And work harder on purchasing goods and services from people of color, where possible. Right now both of those feel equally doable and also difficult. We shall see! Do you have any New Year’s Resolutions? Do tell!
at January 02, 2022