Well this is going to be short & sweet. April & May were so busy that when I wasn’t working I apparently didn’t want to have anything to do with reading. Well, and I also reread a couple of books that aren’t going to be listed here. 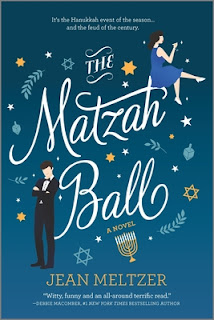 The Matzah Ball ★★★★, by Jean Meltzer. A Jewish best-selling Christmas romance novelist is asked by her publisher to write a Hanukkah romance. She is flummoxed at the idea because even though she’s Jewish she doesn’t find Hanukkah very romantic. Then she comes up with a brilliant (to her) idea – finagle her way into an old boyfriend’s Matzah Ball (a party for Jewish people to make up for not getting to go to Christmas parties). Shenanigans ensue. In a lot of ways this was a traditional romance romp – but the main character has Chronic Fatigue Syndrome and it was handled so nicely. I liked the dash of realism. 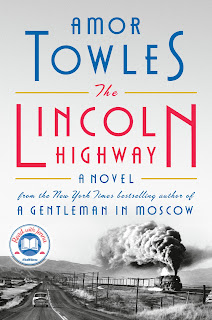 The Lincoln Highway ★★★★★, by Amor Towles.  This is the same author who wrote A Gentleman in Moscow which I loved, and this one is just as good. It starts out in 1954 in Nebraska, where 18 year old Emmett has come home from a work farm after serving a sentence for manslaughter. He father recently died & the family farm is about to be foreclosed, so he plans to head west with his 8 year old brother to seek his fortune. However, two “friends” show up after breaking out of the work farm and things don’t go as Emmett planned. For one thing, he & his brother end up riding to NYC in a boxcar. One theme that runs through the book is the Odyssey, and that’s exactly what this is. Each chapter takes up the story through a different character’s eyes. I listened to the audio book, which I highly recommend. 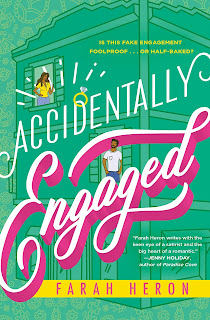 Accidentally Engaged  ★★★★, by Farah Heron. Reena Manji is a typical Muslim single woman living in Toronto – her parents are very invested in her life. Which is why she wants nothing to do with the latest man that they’ve decided to fix her up with. Except, even though he has a lot of secrets, he is very cute and their personalities click. Plus Reena loves to bake break and Nadim loves to eat her bread. Then an opportunity comes up to enter a cooking show contest, but it requires that Reena be part of a couple, and Nadim is perfectly happy to pretend to be engaged to her. I thoroughly enjoyed Reena and Nadim! 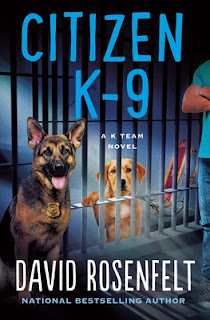 Citizen K-9  ★★★, by David Rosenfelt. The K Team – a private detective team that includes a retired police officer and his K-9 partner – is hired to crack a cold case about a couple of people who disappeared from a class reunion 7 years ago. The mystery was actually pretty interesting – I didn’t guess whodunnit until the very end. But I much prefer Rosenfelt’s other series about Andy Carpenter the attorney. His wife Laurie is part of the private detective team, but I guess I like Andy better than I like her. Ha!
I’ve finished two books so far in June, but lord a mercy they are both QUITE spicy. I’ll be blushing the whole time I write about them. I know you can’t wait!
at June 09, 2022