One
Here is how you put a sock on when you're not able to bend down to your feet (or cross your legs). It's pretty ingenious & I may continue to use it just for the fun of using a gadget. 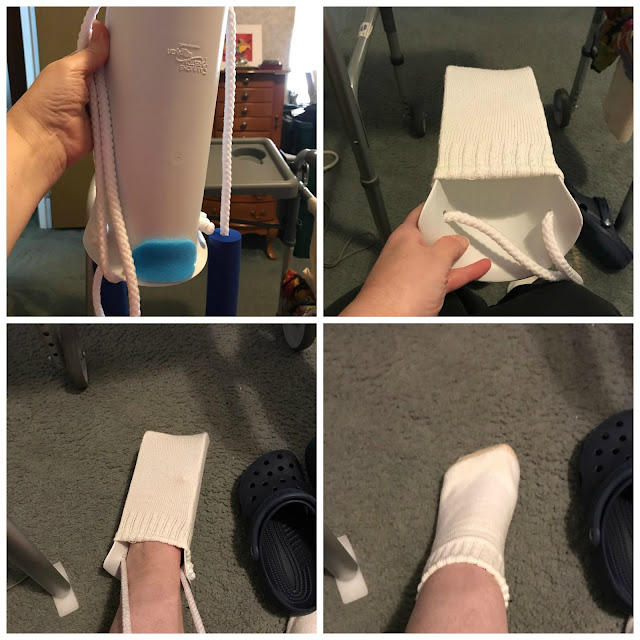 Two
This was a sorry state of affairs. I was in my office & dropped my grabber. Rather than ask Dr. M to pick it up for me I went into the kitchen & got our other grabber. I guess if I'd dropped that one too I would have had to call for backup. 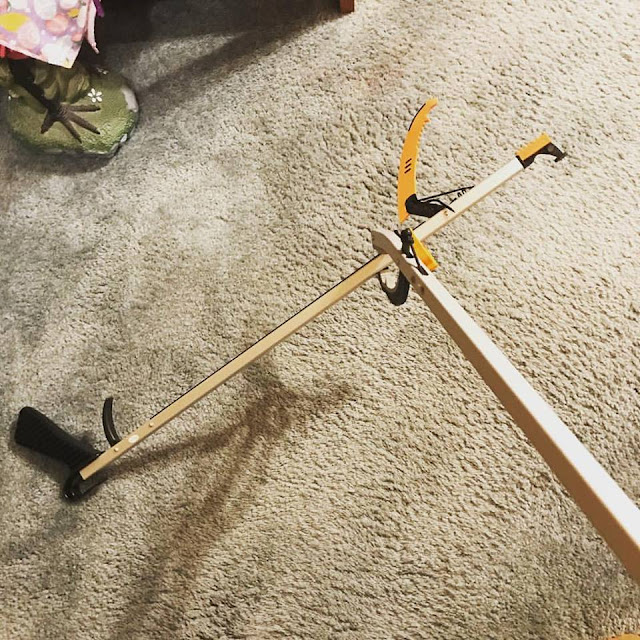 Three
I received this bill in the mail. On the back it said: Your insurance carrier has processed your claim. The remaining balance on the account is your responsibility. I was understandably a little bit freaked out. 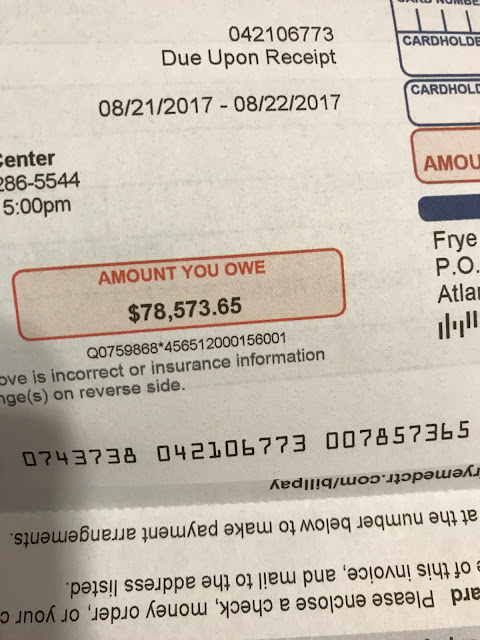 I had been keeping an eye on the hospital bill on my insurance website, but it had not been finalized. I called my insurance company and was told that the amount that I actually owe is a little over $600. She called the hospital to find out why they sent a bill before they heard back from insurance & was told that it wasn't really a bill. It was just a notification. We both were a little bit skeptical. What do you think? Would you think this was a bill?

During my pre-op hospital visit they had me go ahead & pay the amount that they thought would be due after my insurance was processed - a little over $3,000. So they actually owe me money. They sent this not-bill 18 days after my surgery. How quickly do you think they'll process my refund?

Note: The care I received and the staff at the hospital was top notch. Even the food was good. However, I'm a little disappointed in the billing department at the moment!
at September 27, 2017