It was the best of times, it was the worst of times… We had a nice vacation after Thanksgiving, but I found out today that my position at my company has been eliminated (they’re restructuring). I’ll work until the end of the year, and then I’ll have severance to last for a little while, but now I need to learn how to look for a job again. I’ve been with this company for almost 16 years! Fortunately, I have some good friends and family who are in a position to help point me in the right direction. But I’m in a bit of shock right now, which is why I’m doing this post before it really sinks in & I’m not able to function. Although I am GREAT at compartmentalizing, so that might not ever happen.

Things to regret: a) that Mary Kay order; b) we live toward the bottom of a hill, so this winter it might get interesting having to drive to work; c) I’ve gotten used to sleeping later in the mornings since I don’t have a commute. Things to be thankful for: a) We have already moved back home where we can get the maximum support from our families; b) I have already had my hip surgery and it’s mostly paid for; c) I actually have been thinking recently that I would be more productive in an office environment instead of working from home.

Now, let’s look back at the Time Before (I found out I didn’t have a job):
Sunday, November 19th
A Sunday collage. Firstly, I did such a great job of parking at the nursing home that my Aunt Mimi made me take a picture of it. I know! I’m amazed too! Secondly, a Prayer of Confession to kick you in the gut. Thirdly, my lunch as I waited for choir practice. That cookie dough stuff is Fabulous.

Monday, November 20th
I had gotten into bed & realized that I hadn’t taken a picture today, so I took an “artsy” one of my comforter. The other day I flipped it over & started displaying the geometric design, because flowers are for spring & summer. 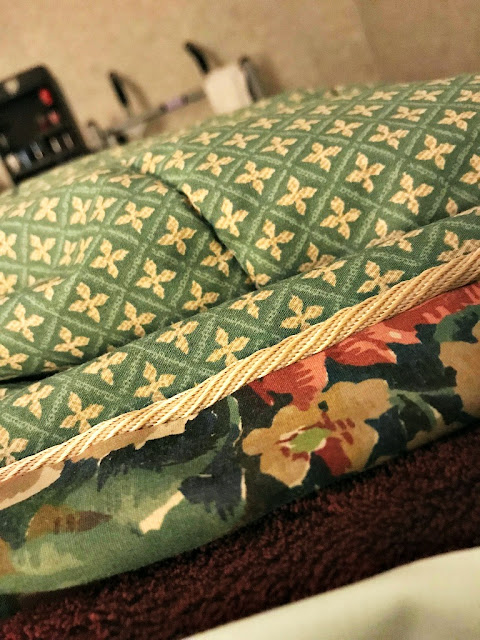 Tuesday, November 21st
That time I tried to make a present less “Shelby’s Wedding from Steel Magnolias” by putting a fancy bow in it. Things went horribly awry.#icantparkorwrappresents 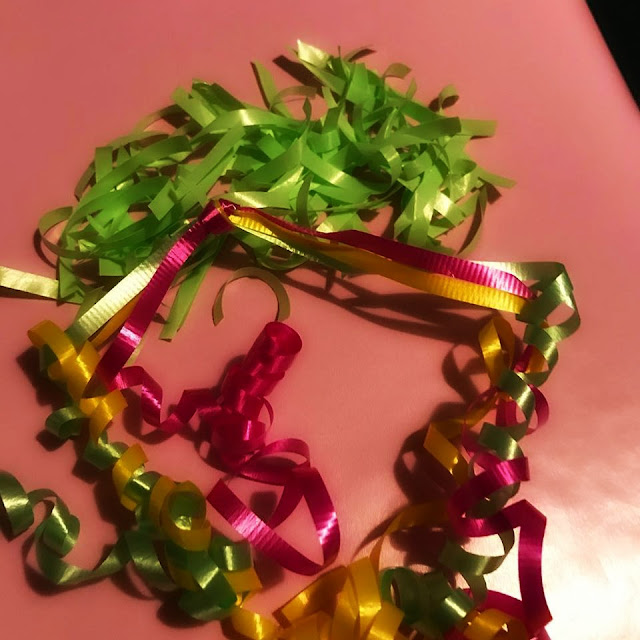 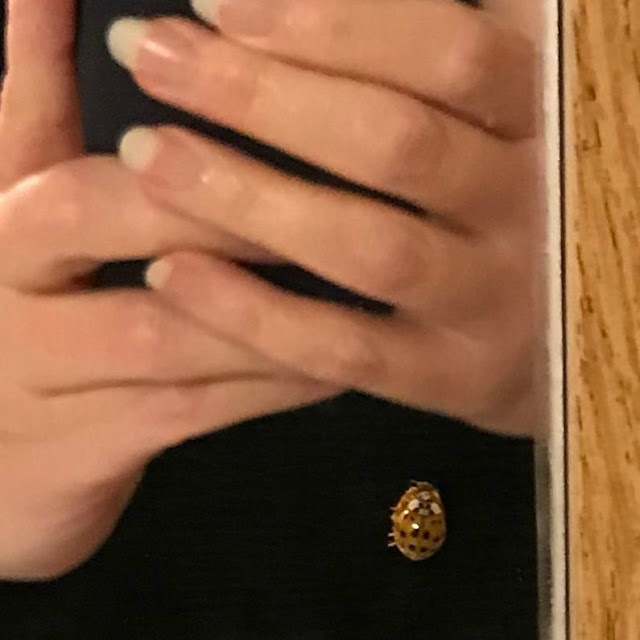 Thursday, November 23rd
I think you guys probably all picked out Ryan in the picture, but just in case… 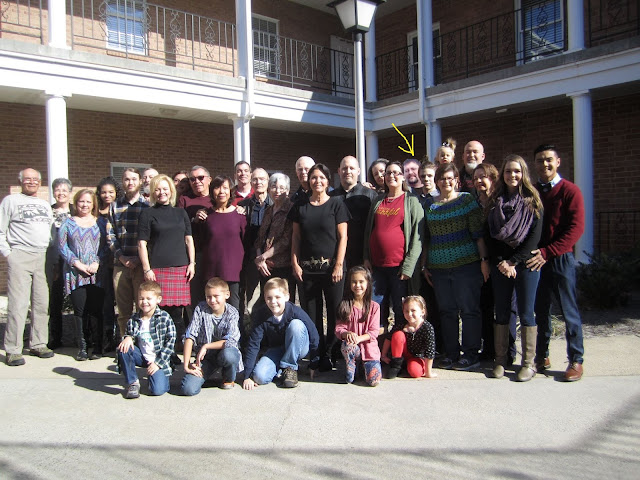 We had a great meal, with all the usual food suspects. I love that our youngest member insisted on leading random folks around by the finger – so cute. 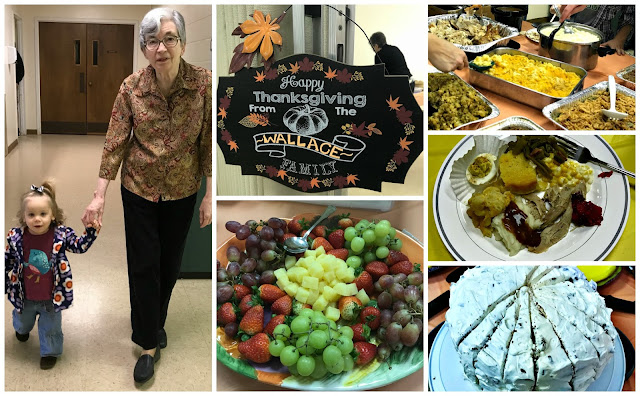 After the meal we had a bridal shower for my nephew & his fiancé. She was mostly hilarious, but when she opened the personalized gift from my sister-in-law she teared up & that made the rest of us tear up. Welcome to the Wallaces Britt! 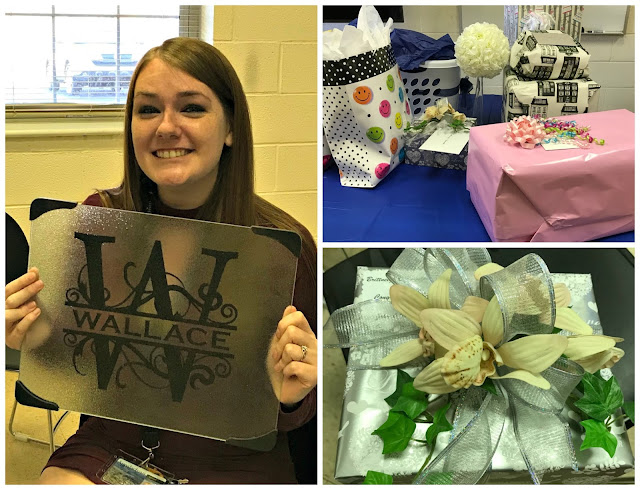 Friday, November 24th
We drove down to the beach today. This is the view from our balcony. Ahhh… 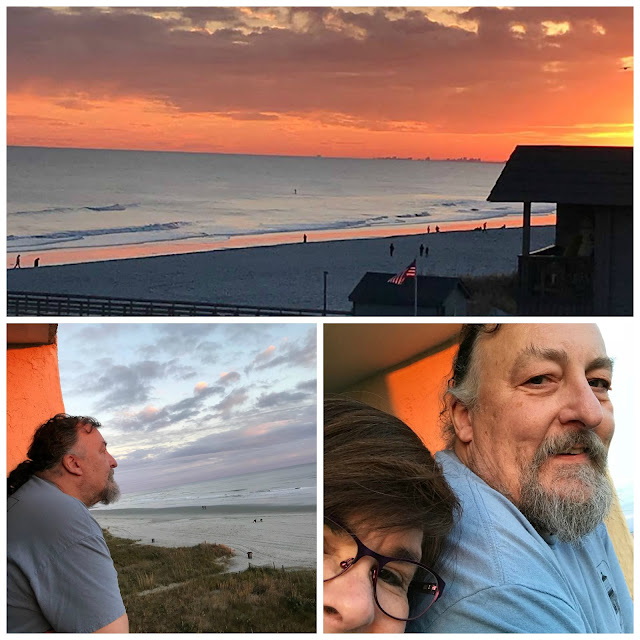 Saturday, November 25th
Things I did on my beach vacation: wove in the ends of a completed project, chilled in the shade of a ginormous umbrella that Dr. M rigged up on the balcony, and started a new project.

Here are some random beach pictures. Other than a couple of walks, and going out for dinner, we mostly stayed put on the balcony and enjoyed decompressing. I love the beach this time of year! You’ll have to wait until next week for more photos, but for now, you should go to Dr. M’s post with all the dogs we saw on the beach. They all had a blast, and we loved watching them. 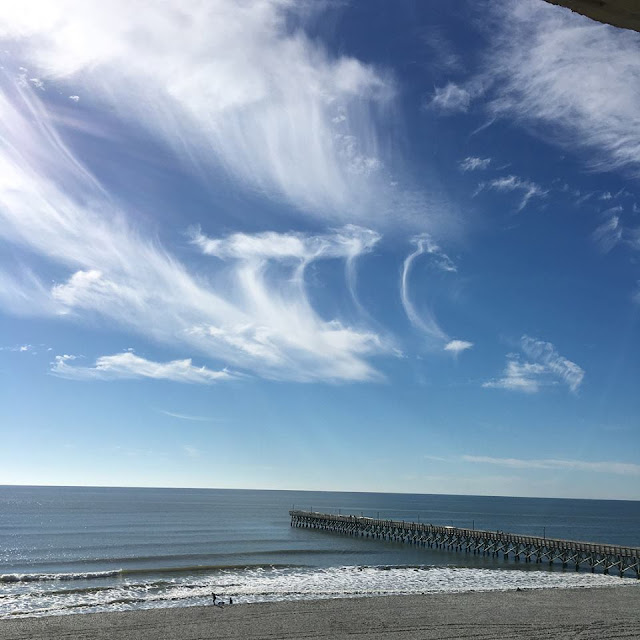 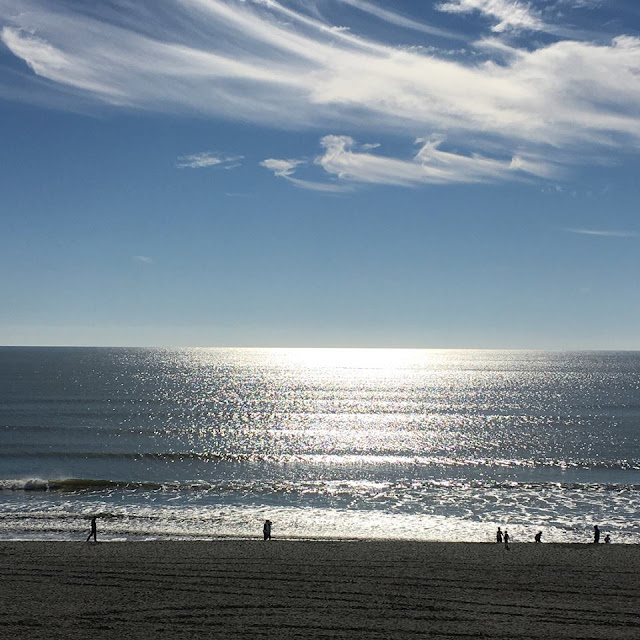 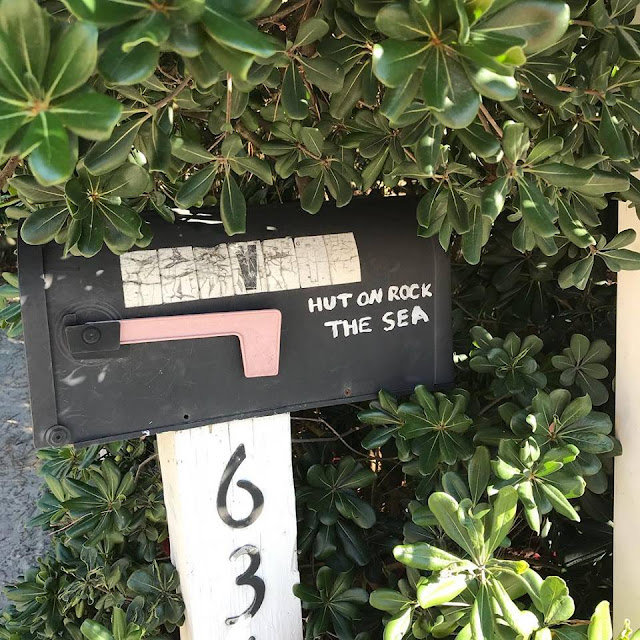 I hope everyone has a great week with no unpleasant shocking news!
at November 29, 2017