As I’m writing this it seems as though my Atlanta Braves are limping into the playoffs. My expectations for how far they’ll go have diminished in the past week. But no matter what they do (& maybe they’ll surprise me!), they’ve had a great year.
Sunday, September 22nd
It’s been a while since I had dinner for breakfast – bbq, baked beans, & okra. It’s not pretty, but it was YUMMY. 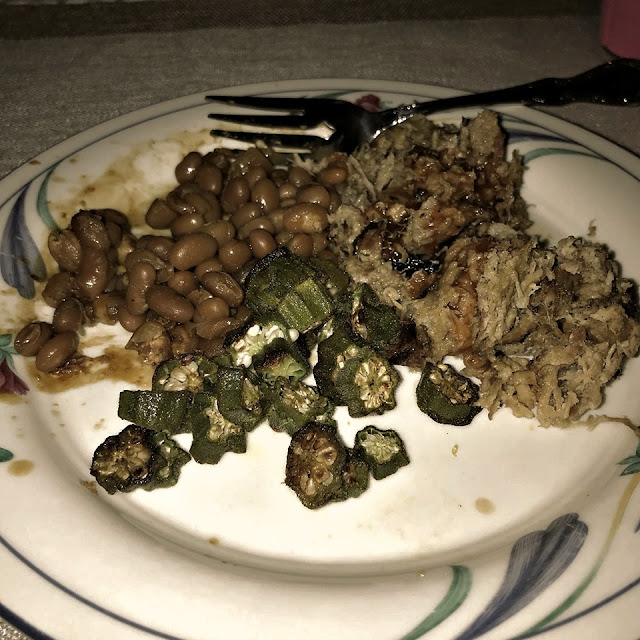 Dr. M is getting a new musical instrument for his birthday (stay tuned!), so to get himself ready he pulled out his dulcimers again.

Monday, September 23rd
As I said on FB, I went to the grocery store during lunch and this is going to be the weirdest sandwich ever! Also, I feel like “swisspers” is a little twee for the name of a cotton ball brand, don’t you? 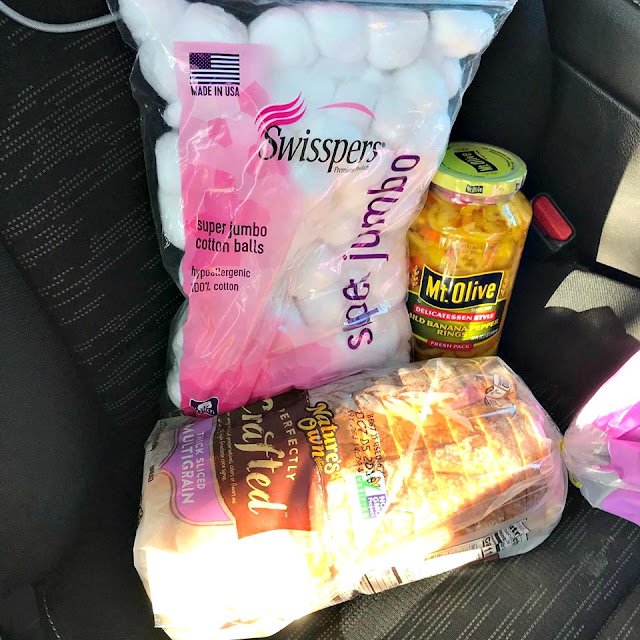 Tuesday, September 24th
The Bug Parking Badly, blah blah blah. Fortunately these spaces are huge – there was already a car beside me when I parked & I didn’t impede anyone’s ability to get into or out of their car. That’s my story & I’m sticking to it! 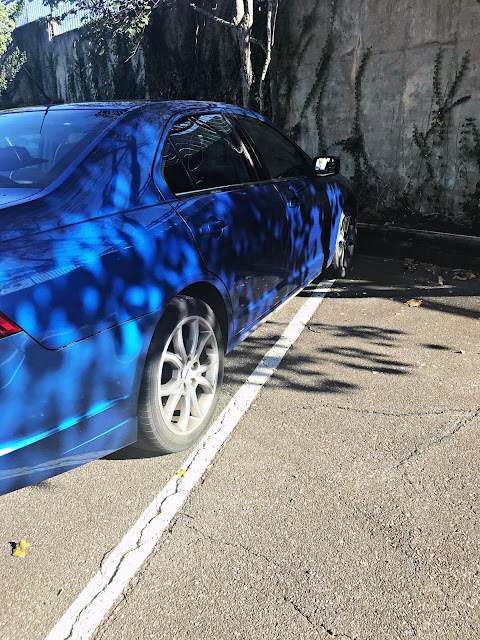 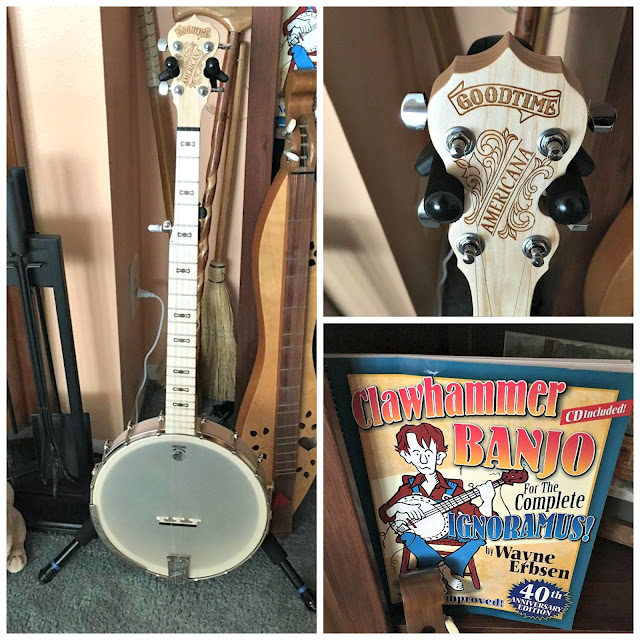 Friday, September 27th
Heather’s mum has finally decided to bloom. It’s had buds for about a month now – it seems to take forever for them to bust out. 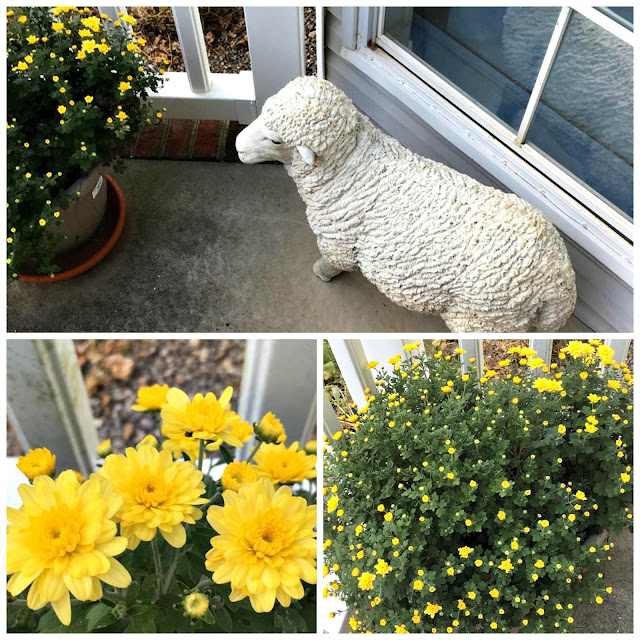 Saturday, September 28th
My father-in-law’s cat & my hair had the same idea today: just relax & go with the flow. 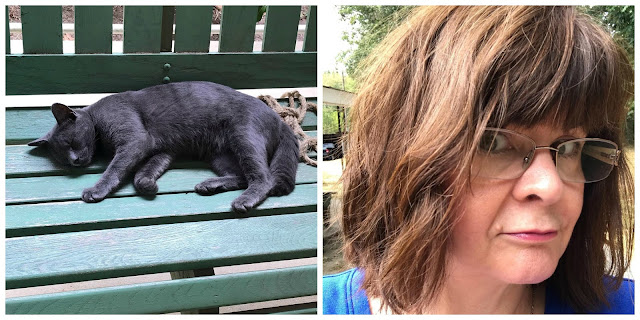 I went to hear The Right Reverend Katharine Jefferts Schori speak about climate change. She was the Presiding Bishop of the Episcopal Church of the United States (the first woman to hold that position) for about 9 years while I lived in Ohio. I didn’t realize that her background is in oceanography – she has a doctorate in that field, so she is able to address climate change from a spiritual perspective & a scientific one. It was a great talk. She asked if we were treating our earth like the Promised Land. And I was introduced to the concept of solastalgia (a form of mental or existential distress caused by environmental change. In many cases this is in reference to global climate change, but more localized events such as volcanic eruptions, drought or destructive mining techniques can cause solastalgia as well.). My favorite quote was this one, in answer to what you say to people who don’t believe in climate science: “Climate science is not a political issue – it’s a reality issue. I don’t associate politics with reality. We can put our heads in the sand, but we’re still going to roast our rear ends.” 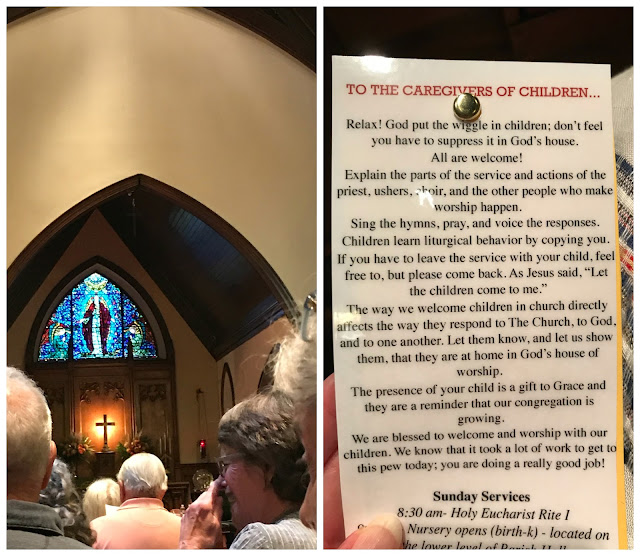 I’m not sure I can top that quote. There’s a blizzard in Montana, and in the 90s here, and there’s a category 5 hurricane brewing in the eastern Atlantic. Have a great week?

P.S. I loved the statement the church made to parents of children (God put the wiggle in children – ha!).