Did you know that Christmas is in 4 days? I have been in a bit of a crochet frenzy due to poor time management skills. I’ve pretty much dumped any and all other Christmas preparations on Dr. M (except the poem, as discussed last week).
Sunday, December 15th
Our anniversary! I played hooky from church & we went to the matinee of the Nutcracker in Charlotte. We really enjoyed it – the sets are amazing and the performance was great too. Although I feel like I’m breaking some sort of Nutcracker rule, I will admit here that I could do with a little less Sugarplum Fairy. There, I said it. 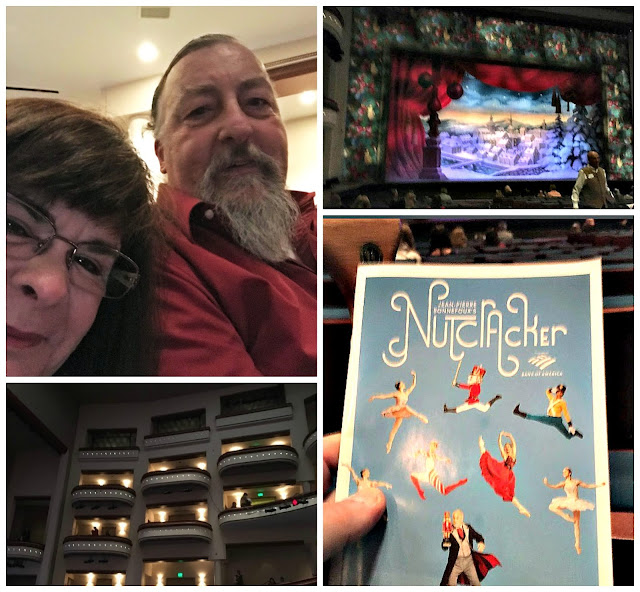 Monday, December 16th
Back to bauble production. These baubles have some, um, interesting color combinations due to using up scraps. 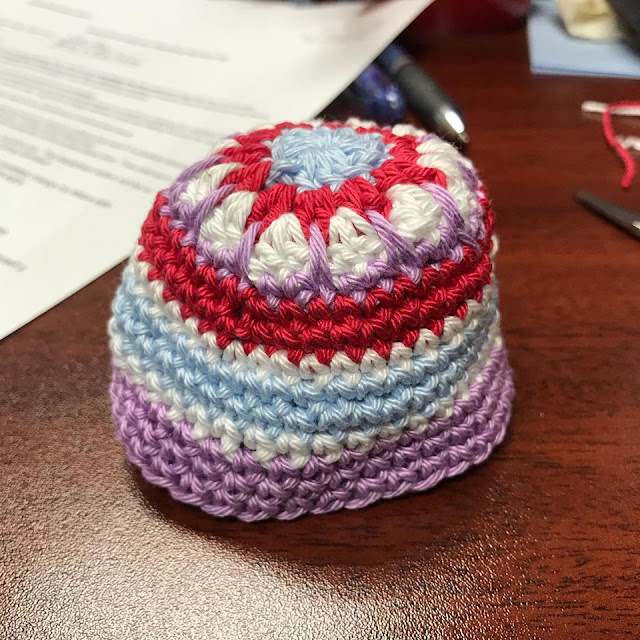 Dr. M’s view from his recliner. 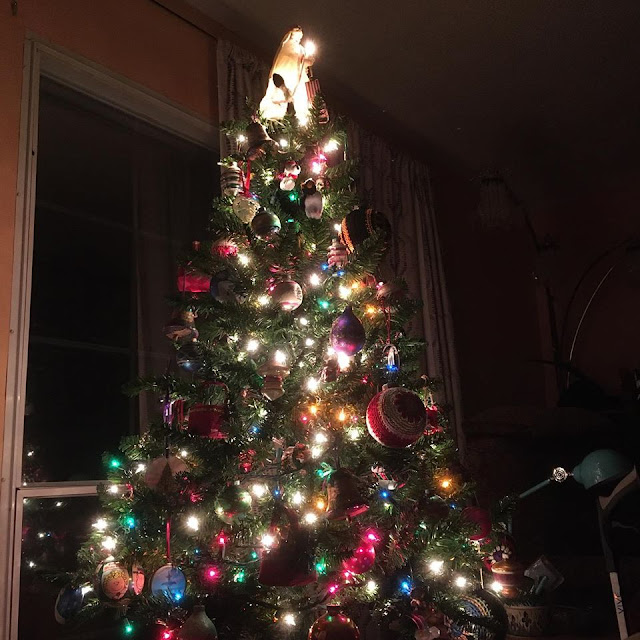 Tuesday, December 17th
Have you heard the story about the three wise snowmen? Me either.

Wednesday, December 18th
It was a hot chocolate kind of morning. 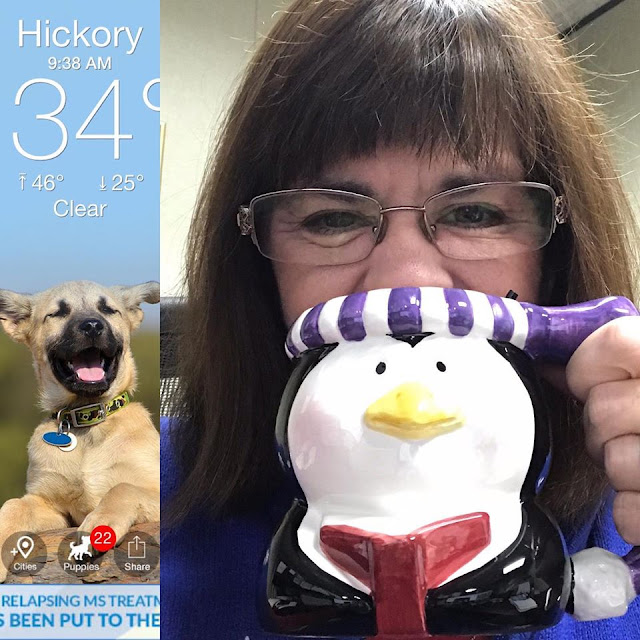 Thursday, December 19th
I finished listening to Neil Gaiman reading his book The Ocean at the End of the Lane. He did such a good job that I listened to him read the acknowledgements even though he said I didn’t have to. It’s a great book! 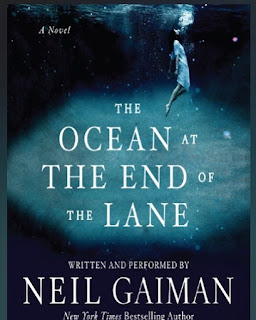 Friday, December 20th
Alexa said that it was Ugly Christmas Sweater day. I wish she was always this helpful when I’m trying to figure out what to wear to work. 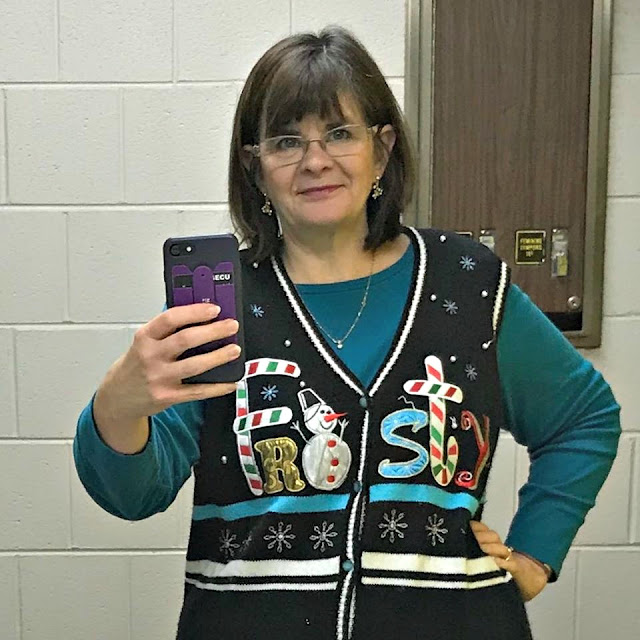 I FINALLY FINISHED THIS BLANKET! It only took me about 365 days to do it. Also, this was the blanket that I made from yarn given to me by a friend. It was his mother’s yarn. There were 11 skeins. That little wad in the picture is all that is left from those skeins. Whew! (You might see this blanket again if I can find a place to take a better picture.) 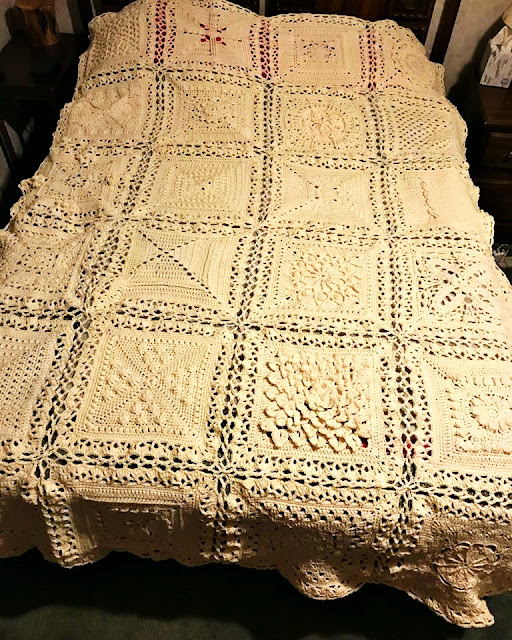 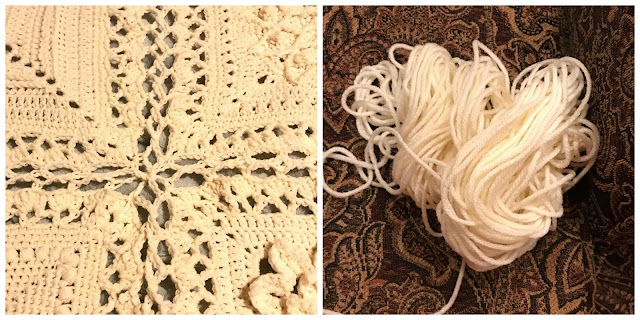 I started to comment on the weasel sheep & Dr. M yelled, “It’s WESSEL SHEEP!” (Absolutely hilarious Frozen reference) He hasn’t felt good today (we think maybe he’s allergic to glitter? Our Christmas cards had a LOT of glitter & he single-handedly got them out the door this week), but he has made me howl with laughter several times. Note: I realize that the weasel wessel sheep actually look like possums. 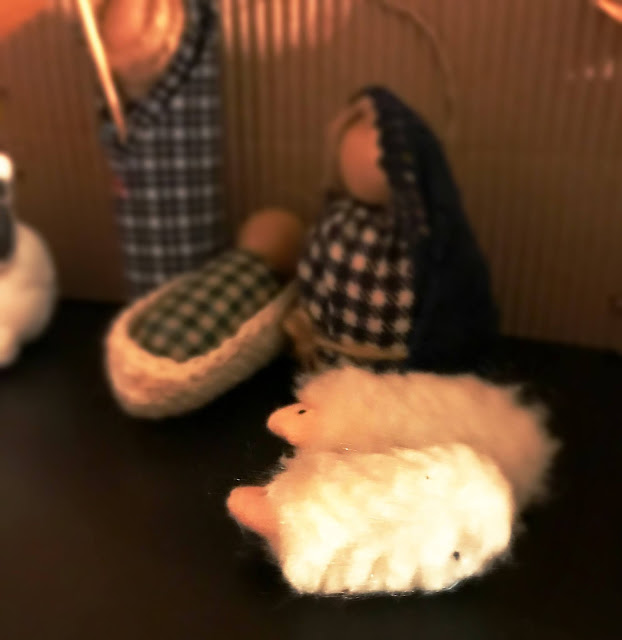 Tomorrow is a very churchy day, and I still have some crocheting to do. And then work on Monday, and then I’m off for three days. I look forward to spending time with family and friends. Do you have any special plans for the holidays?