Another week has come and gone, and mercifully we are that much closer to the election. Will we make it? Will the country survive? And will we be able to put it behind us once it’s over? For answers to these and other questions, see some future post of mine in, say, December.

Our day. It was a good day, until it wasn’t (see the caption for tomorrow). 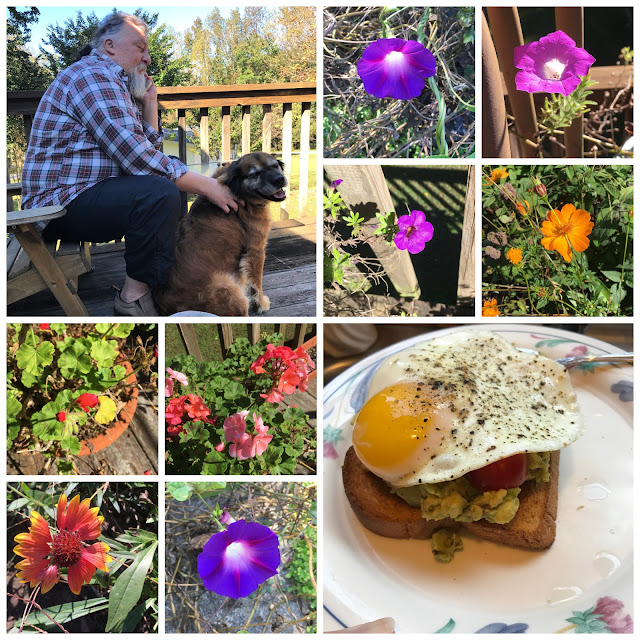 No picture. Instead, you get this, from Dr. M: If you have ever muttered the phrase, "Sticks and stones may break my bones, but whips and chains excite me," you might be a baseball fan! October is the cruelest month, by far, and those of us who endure the long seasons year after year are masochists. The shortness of this season only meant that there was more opportunity to make a deep run, and the Braves did! But alack, not deep enough to satisfy those of us who have waited 21 years for such an opportunity. I am absolutely certain that a riding crop session in Mistress Elvira's dungeon would have been far less painful than watching the Braves lose three straight games and fall short of the World Series this week. My only consolation is that I have some dear Dodgers fans who are elated that their team does not have to feel this pain again this season.

To mix metaphors, those of us who worship in the House of Baseball also dwell in the depths of Sheol. There is the bliss of Cody Bellinger's October Blast coupled with his now dislocated shoulder due to excess celebration. There is the bliss of Dansby Swanson's homer coupled with a tumble into the Pit of Despair that resulted from his inexplicable baserunning error. There is the bliss of the Dodgers in the Series, and the agony of Nick Markakis coming so close only to fall short yet again. So it goes, year after year. Thrill of victory, agony of defeat, year after year after year. The pain is over for me for another season, but I will always wonder what might have happened had Dansby simply stayed put on third. Perhaps two useless outs made in other ways, perhaps not. Then again, that is a matter of faith, not science. 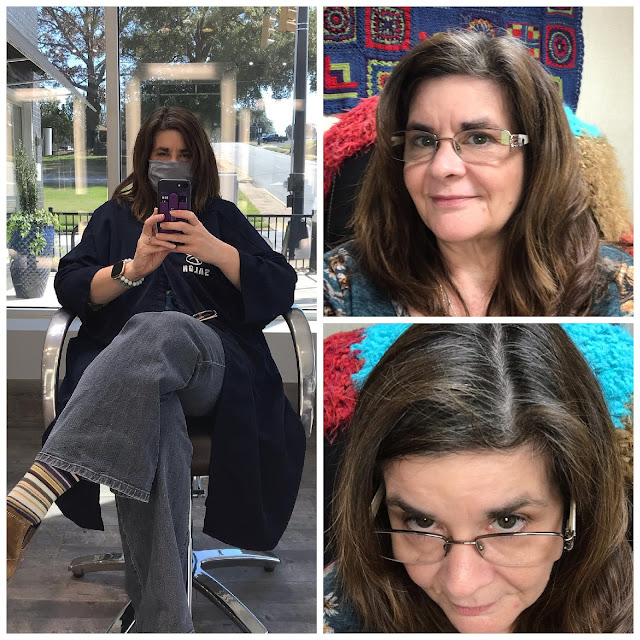 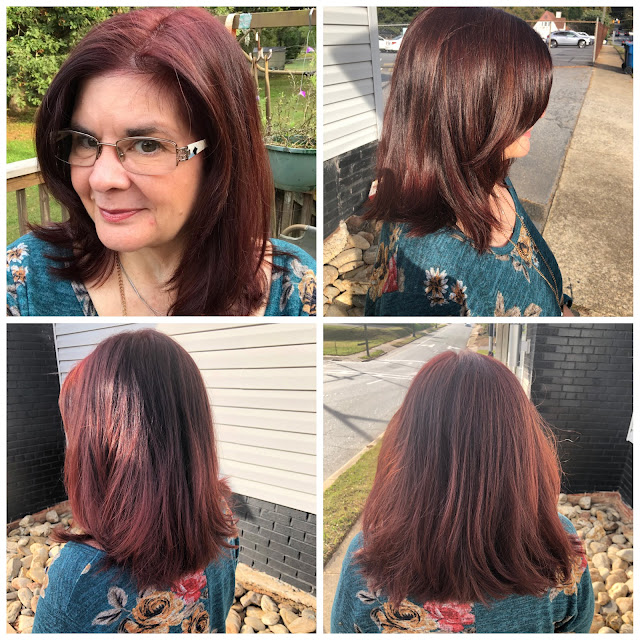 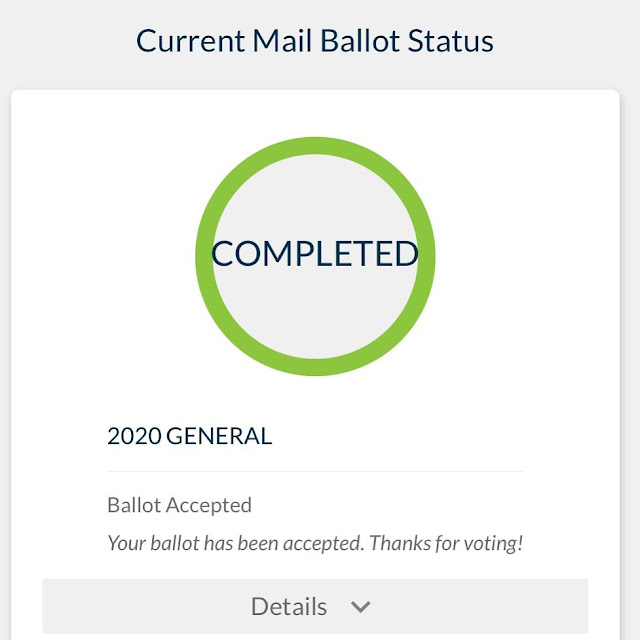 Also, seen around the yard. I love how Peaches, the Knock Out Rose creates her own bouquets. 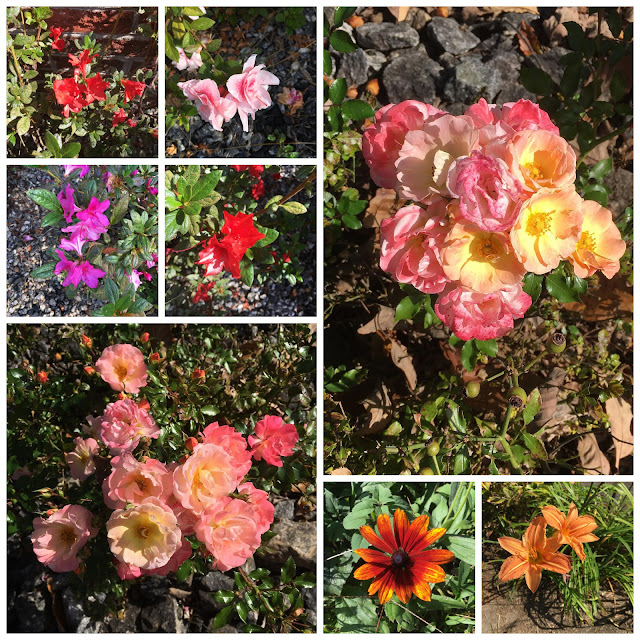 I posted a picture of the beginning of this project last week, and now I have a tale of woe. I somehow CUT the yarn on the very first row. It’s a scarf, so both ends will be visible, so any repair will probably be pretty visible (I’m not very good at such things), so I’ll probably frog the whole thing. Right now it’s been put aside to think about the error of its ways. 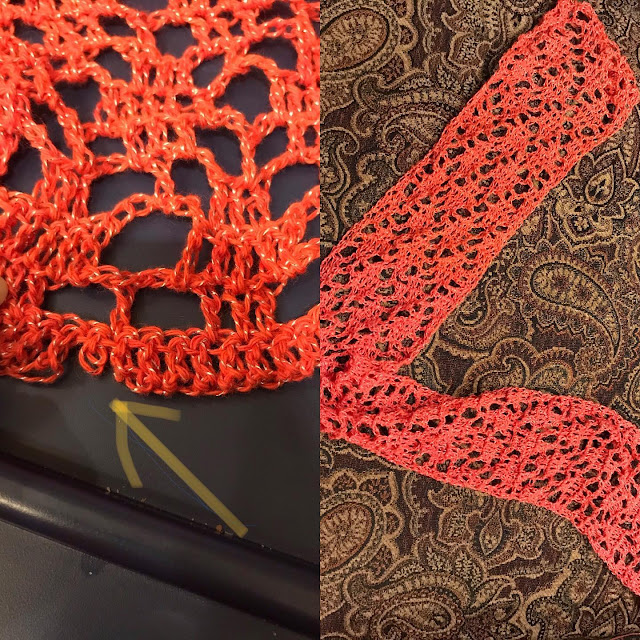 Started decorating my office at work. We’re all dressing as witches next Friday – the Witches of HR. Ha! 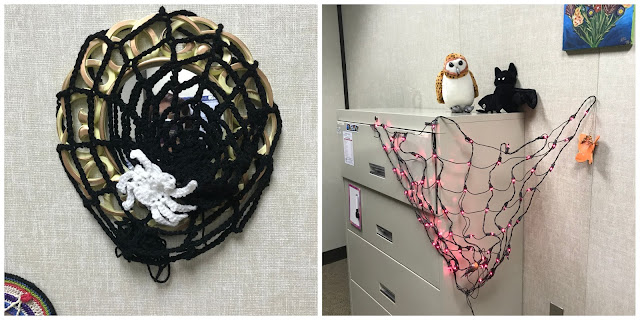 Dr. M & I went on a little ramble today. We stopped briefly to check out the Upper Fork of the South Fork of the Catawba River, better known today as the Henry River. Gorgeous day! 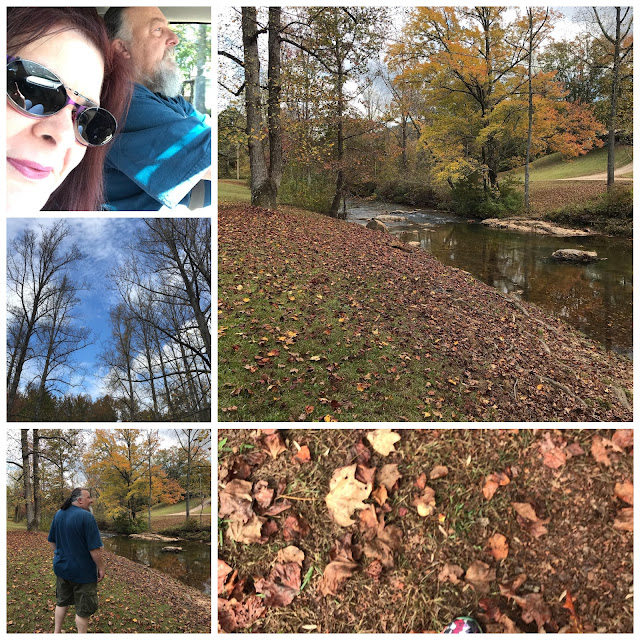 I’m sitting here watching two teams, neither of which is the Braves, play in the 4th game of the World Series. I don’t think I care who wins, but it’s still comforting to have “my” sport on in the background while I work on my post. How are you holding up these days? What sorts of things do you do to keep yourself sane? Or are you sane?