Sundays in Zambia - Visit from Home 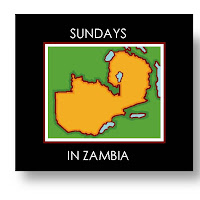 I think I mentioned before that I would probably skip around some with these posts. I always think of my mother a LOT at Christmas, so I decided to skip to the visit that she & Mamaw (my dad's mother) made to Zambia while I was there. Most of the text of this post was written for the photo album - I'm just cutting & pasting. Although I'm going to add a couple of bits that I left out the first go round.

Mom and Mamaw came to visit for two weeks in January 1988. We had a wonderful time—even though finding food for them to eat was a challenge (well, it was a challenge when the missionaries didn’t feed us). I took them to Kitwe to meet a missionary couple from NC. I also took them to Victoria Falls. We had great adventures on that trip: 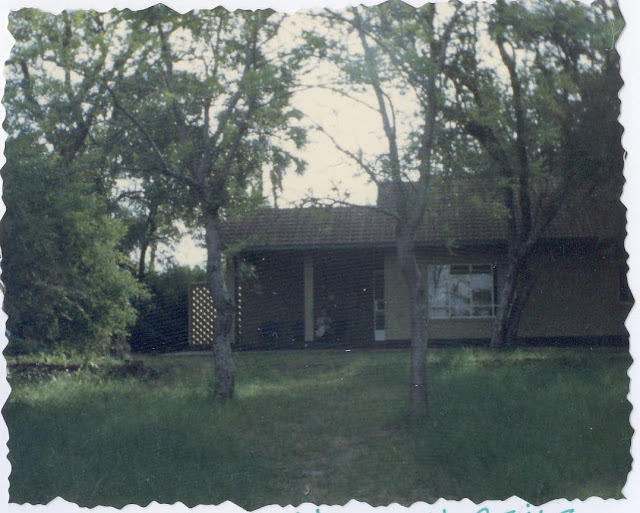 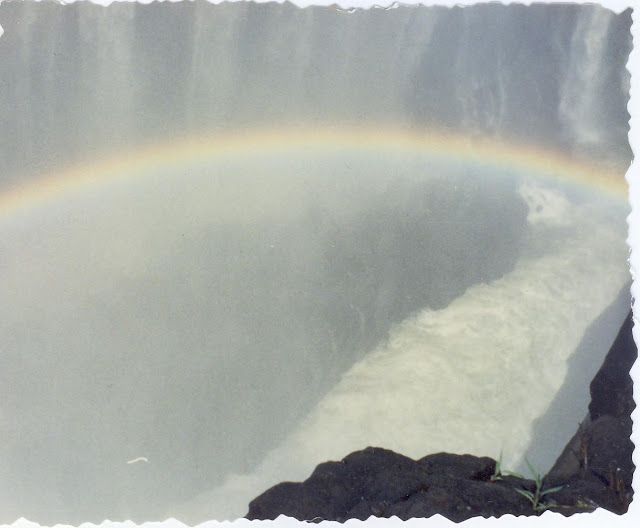 The top of the smoke that thunders - with the ever present rainbow... 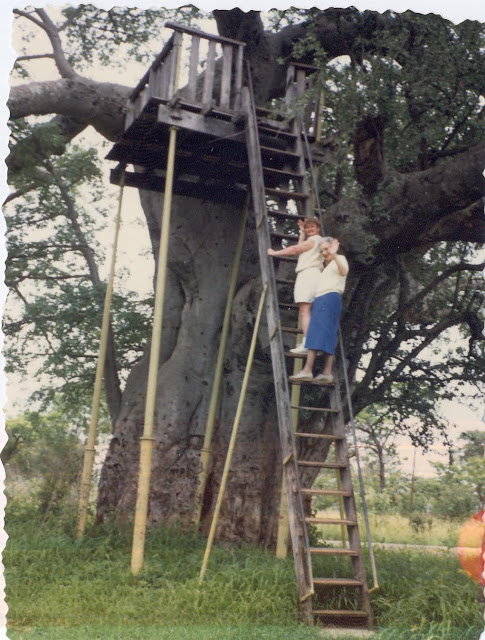 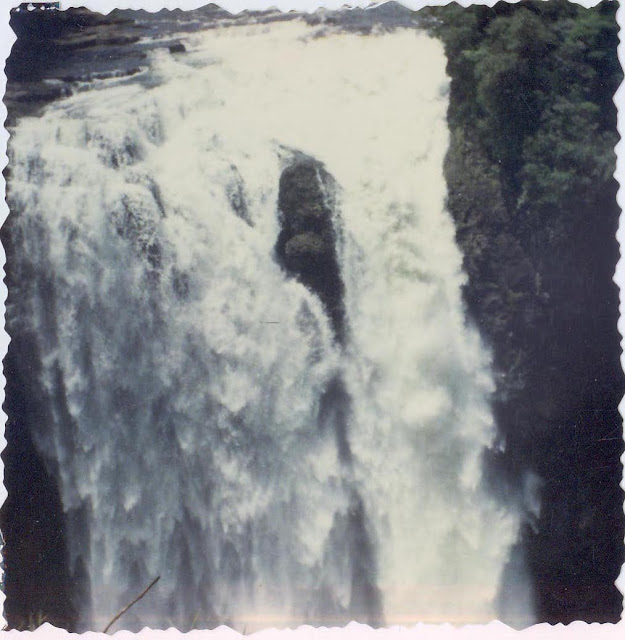 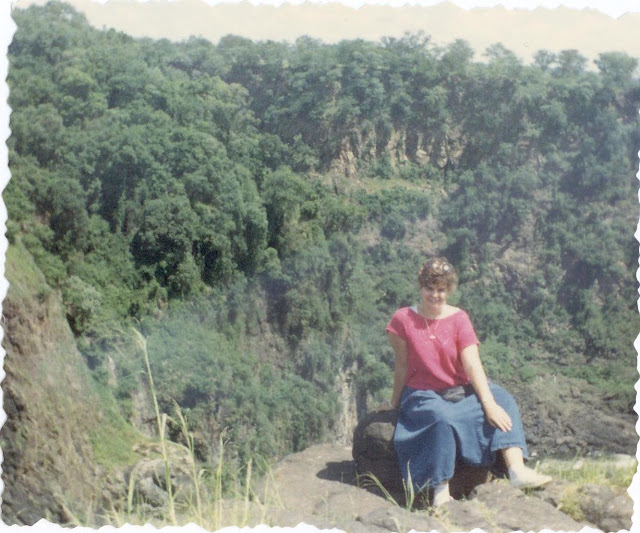 Back in Lusaka, we went to a local zoo (a very sad speciman of a zoo) and I took a couple of pictures. 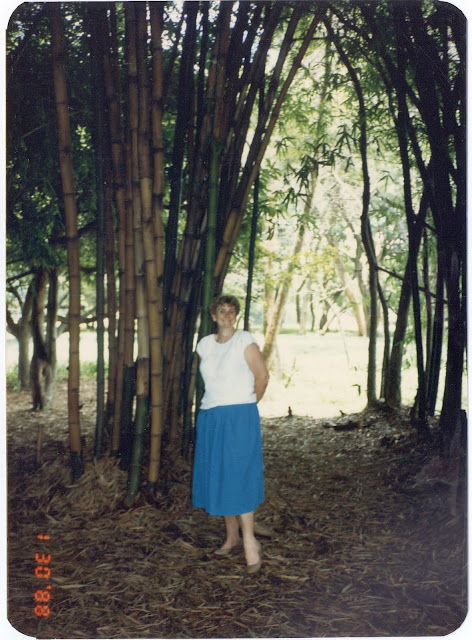 Mom at the zoo 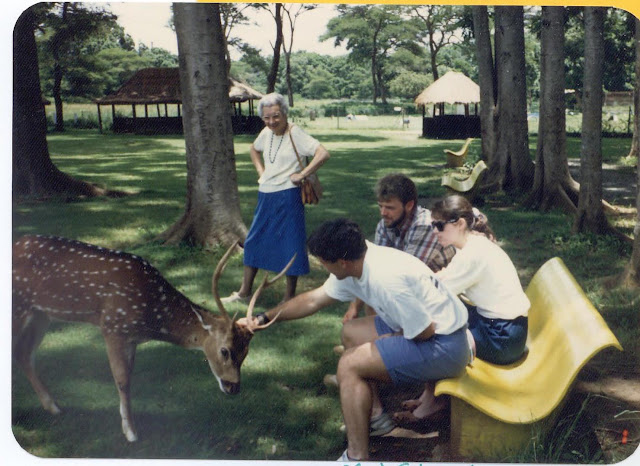 Mamaw watching one of the missionary kids pet a deer.

One of the missionaries took us all to a local church & then on a tour of the city. She found a place where Mom could (illegally - cameras were NOT allowed downtown!) take a picture of the skyline. 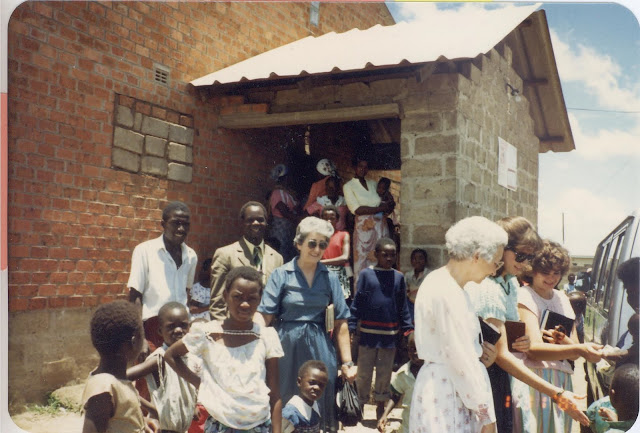 After church - Mamaw, my housemate & me to the right of the picture 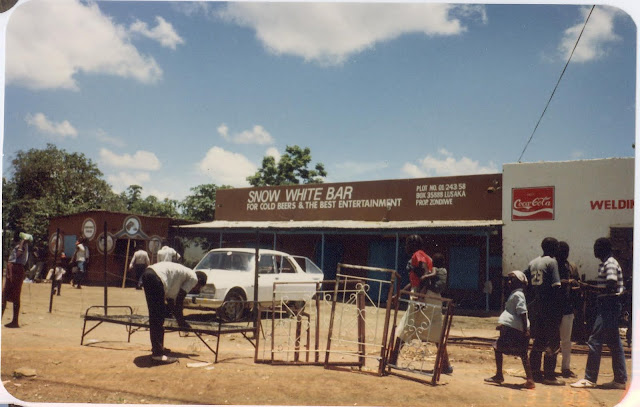 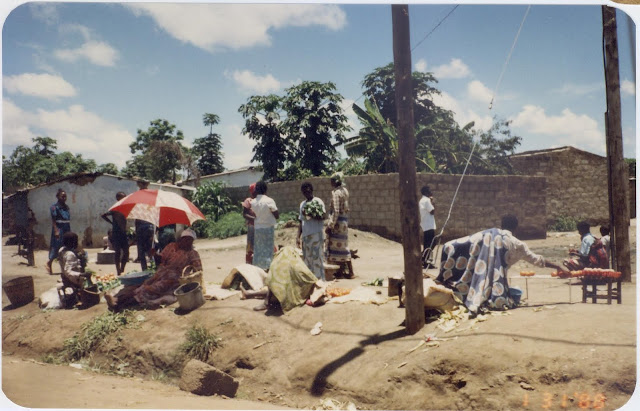 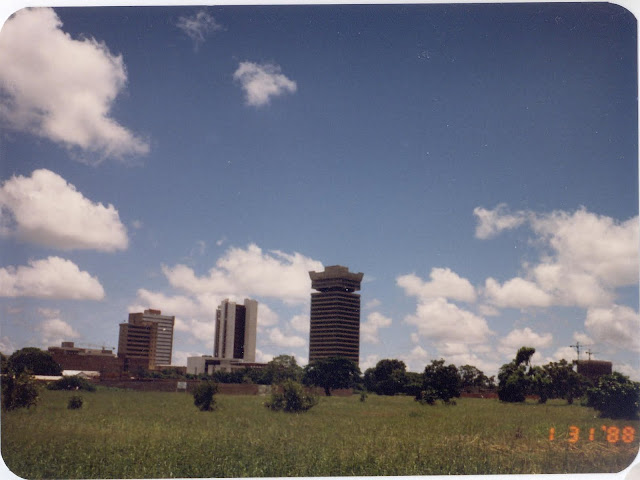 I loved having them there--& not just because they cleaned the oven & refrigerator while they visited. I was glad to have someone back home who had seen and would understand… 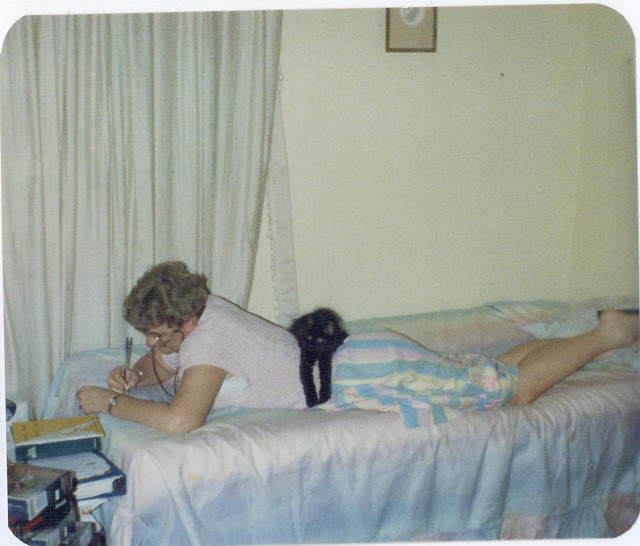 Mom writing postcards with my housemate's cat Mpingo.
at June 24, 2012

Email ThisBlogThis!Share to TwitterShare to FacebookShare to Pinterest
Labels: Zambia

what a wonderful post. My daughter just got back from a month in Moldova doing missions work through Philip Cameron ministries at Stella's house (orphange)...she has such a calling. I loved all the pictures. Thank you so much for sharing them with me.

What wonderful memories you have of those two VERY brave ladies! It's a joy to read them and feel your love for them and theirs for you.

All great pictures, but the ones of the waterfalls are incredible.

"I was glad to have someone back home who had seen and would understand…" AMEN! I have felt that way about both Uganda and now Argentina.

I liken it to trying to describe chocolate to someone who has never seen nor tasted it. No matter how well you explain, they're just not going to understand until they experience it for themselves.

This qualifies as an adventure in my book. I bet your mom and Mamaw loved it. Love your mom with the cat picture. Cute.