I’m sitting in my NC home, surrounded by boxes and trying to figure out what’s going to go where (and knowing that we’ll switch everything around at least once after living with it for a while). It’s a bit overwhelming. So instead of doing any actual work, I’m writing this post.

Sunday, February 26th
While packing up my office I found all of these notepads. How many notepads does one family need? 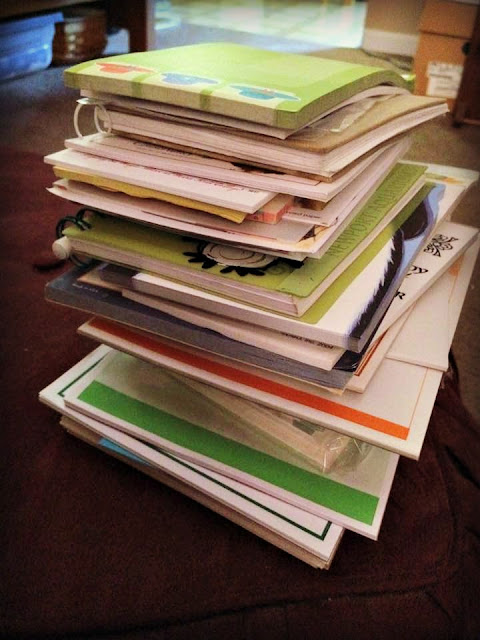 Monday, February 27th
The garage was such a blessing to us while we lived in Ohio – and we were able to fit both of our cars in there! But at this particular moment in time, it was the bane of Dr. M’s existence. 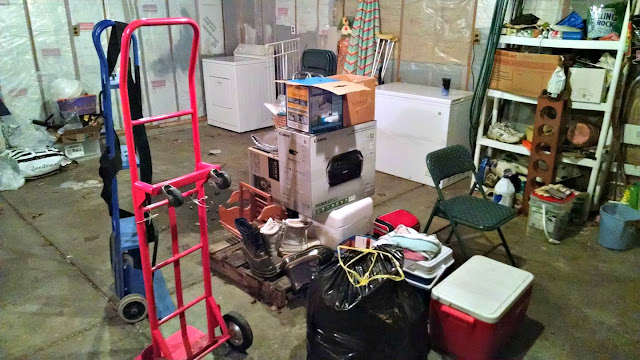 Tuewednesday, February 28th & March 1st
As discussed previously, neither of us got very much sleep during these two days. They’re both a bit of a blur, and so henceforth they shall be known as Tuewednesday! I paused briefly during all the packing to take a couple of pictures. 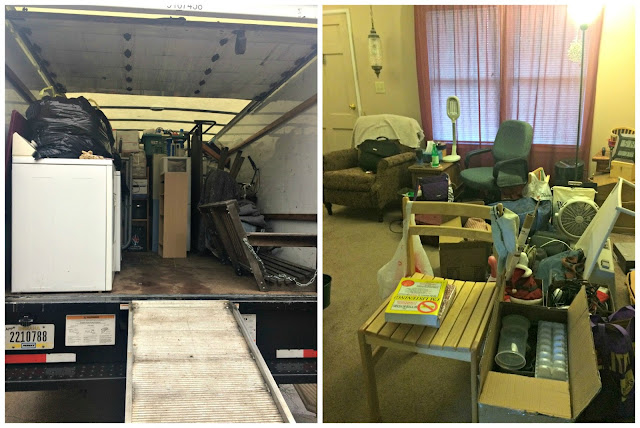 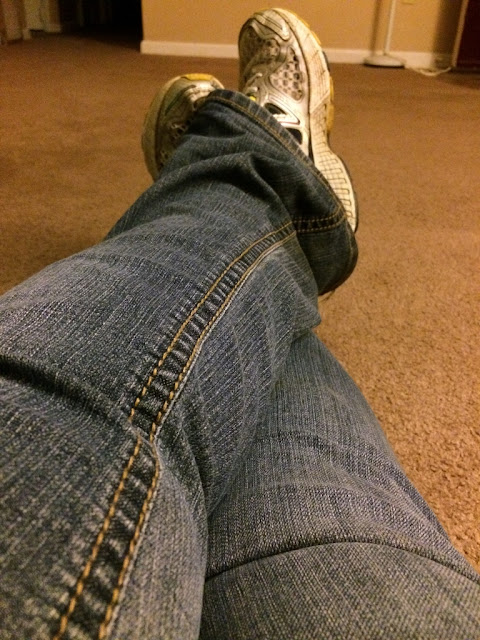 You’ve already seen this picture, but it bears repeating. Torrents of rain & wind. Tornado warnings. Apparently we were bringing the storm with us? (Literally – we were driving the path of the storm as it headed toward NC). 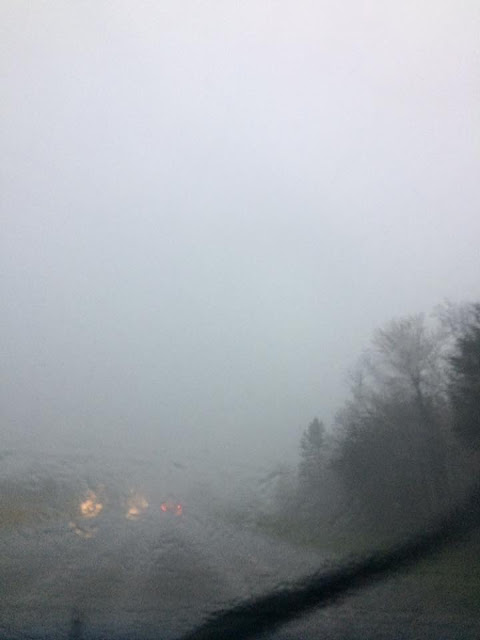 Thursday, March 2nd
What a difference a day makes! Dr. M had put my recliner in the carport, so I had a nice view of him working before our help arrived. My dad, Sue, and my aunt Vivian worked like troopers to help us get ALL THE THINGS into the house. Then later that night my cousin Kim & her husband Nathan helped with the last few things from my car. And brought pizza & birthday cupcakes! We were too busy for me to take a picture, but my appreciation knows no bounds. 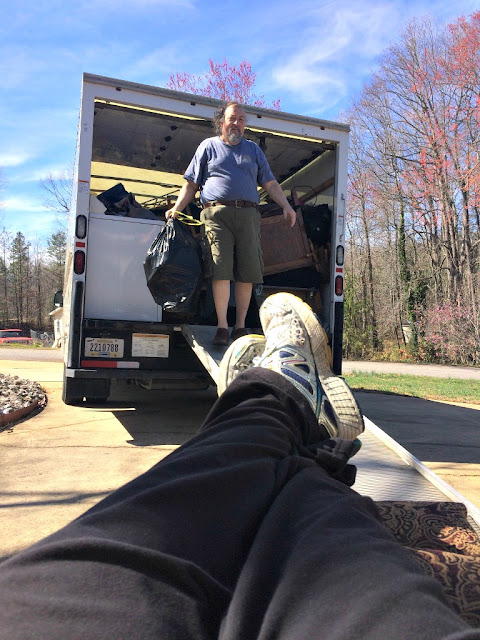 Dr. M put the girls and friends on the deck for a while (they’re inside now because temps have been in the 20s at night). 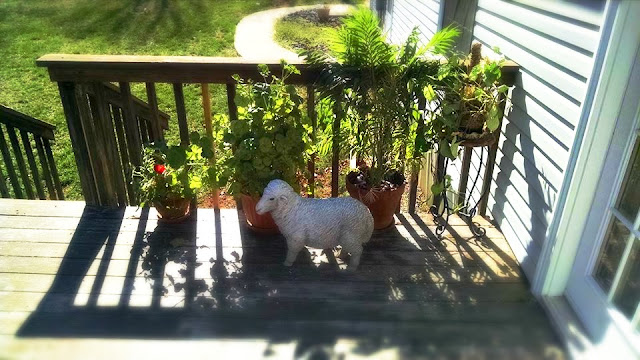 Friday, March 3rd
It was my birthday! And what do many folks have to do on their birthdays? Renew their licenses! Dr.  M went with me so he could go ahead & get his NC license too. He looks like a civil war soldier in his (of course). I look perplexed. I’ll share the pictures once we get the real licenses in the mail. After that ordeal, and lunch out at a very fancy burger place (I had the veggie burger), we headed home for a bit & then Daddy & Sue took me out for dinner. Afterward, Daddy showed us the proper way to eat a cupcake – ha! 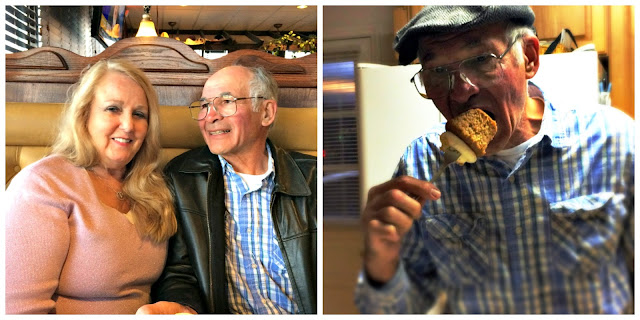 After I got home, Dr. M & I enjoyed the fireplace – so nice! 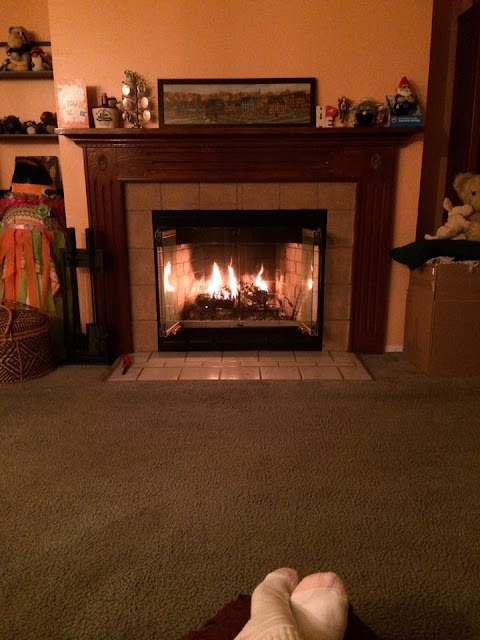 Someone on Facebook commented that it looked like we had already unpacked & settled in, so I had to take this picture of the current “junk room” – still plenty of boxes left to unpack! 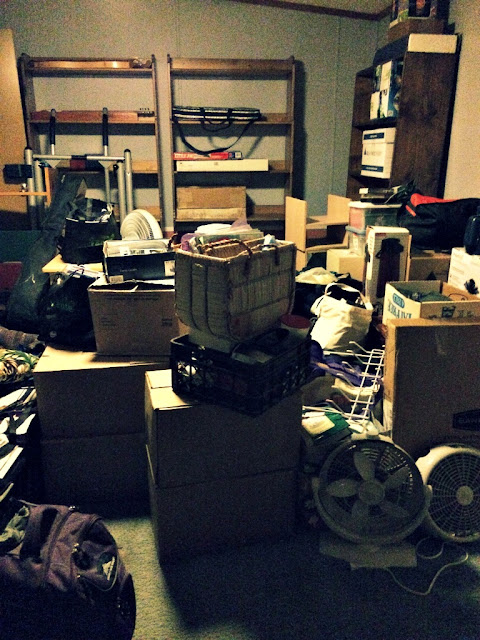 Saturday, March 4th
Dr. M took some pictures of the local bird scene. I’m sorry my wordless Wednesday post confused folks – those were the last shots of our old birdbath in Ohio. We need to get a new one for here. 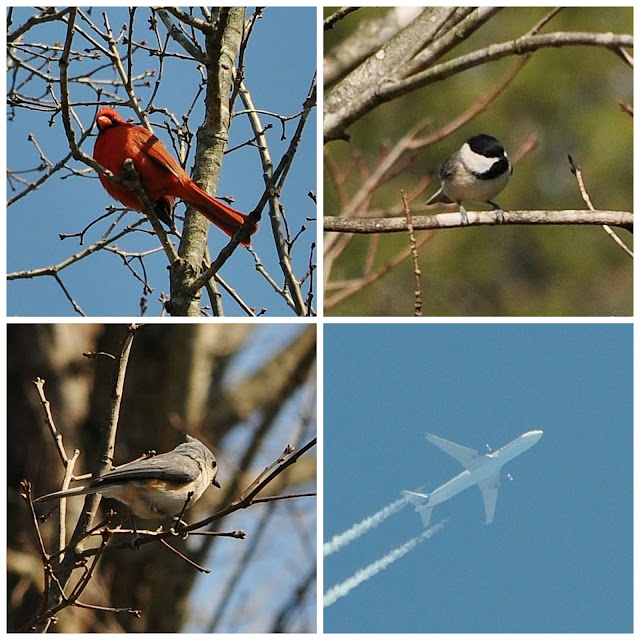 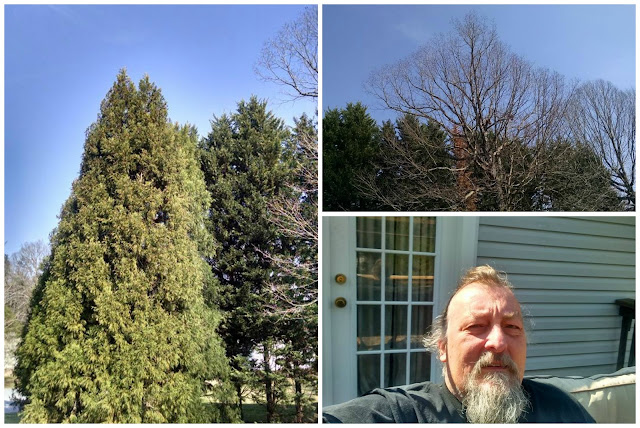 It’s still a little hard for me to believe that we’re actually here. Tomorrow is my first day of working from my new home office. Wish me luck! Hope everyone has a great week!
at March 05, 2017