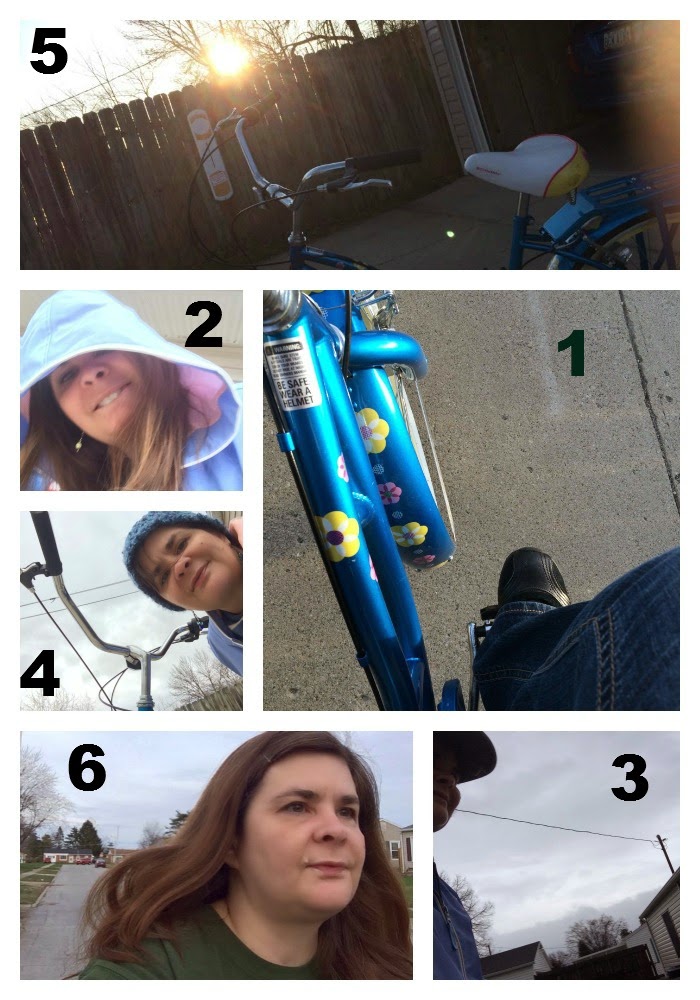 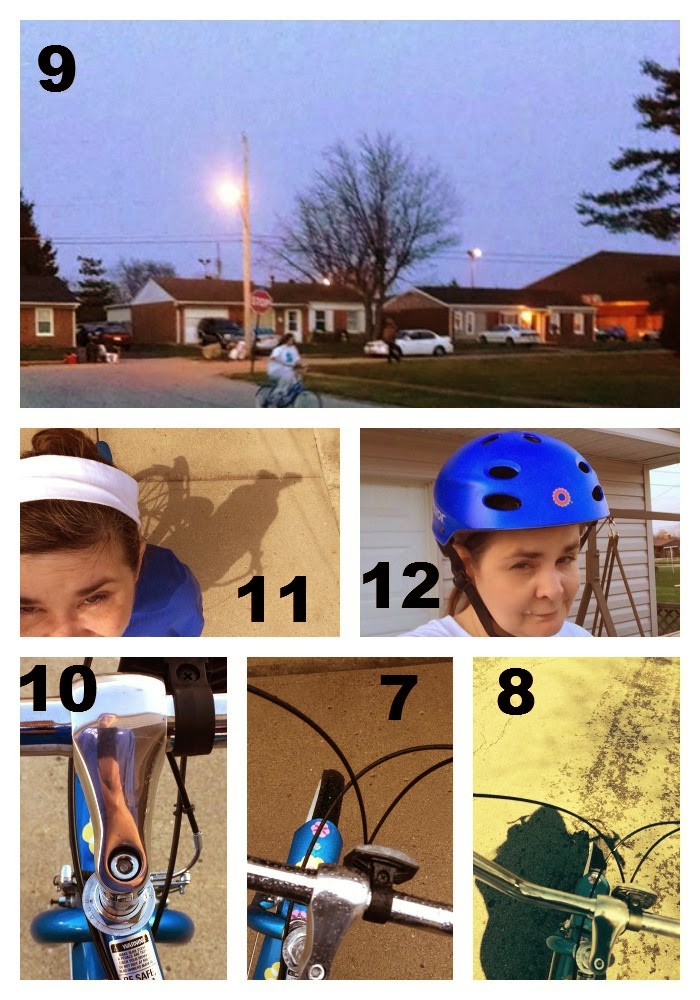 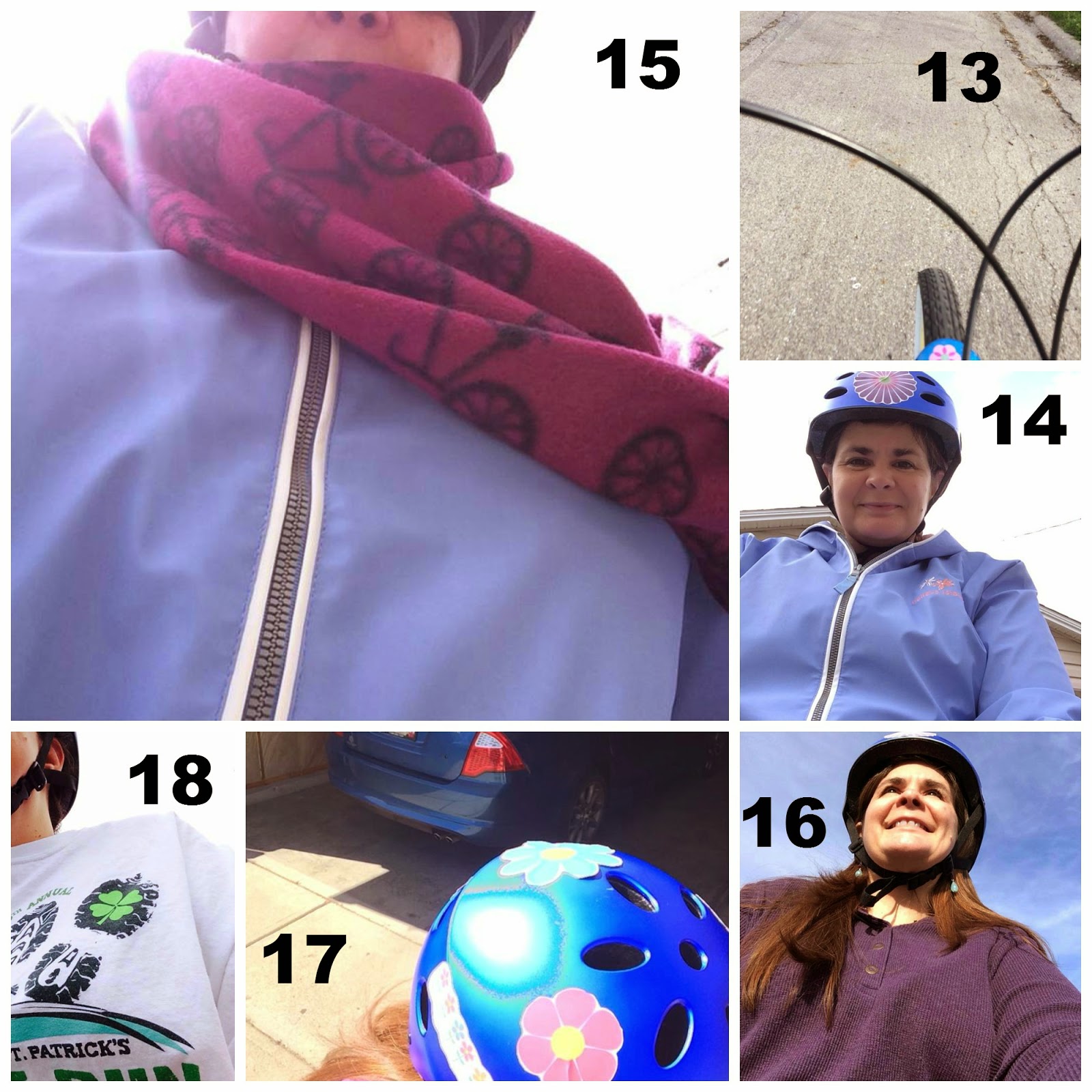 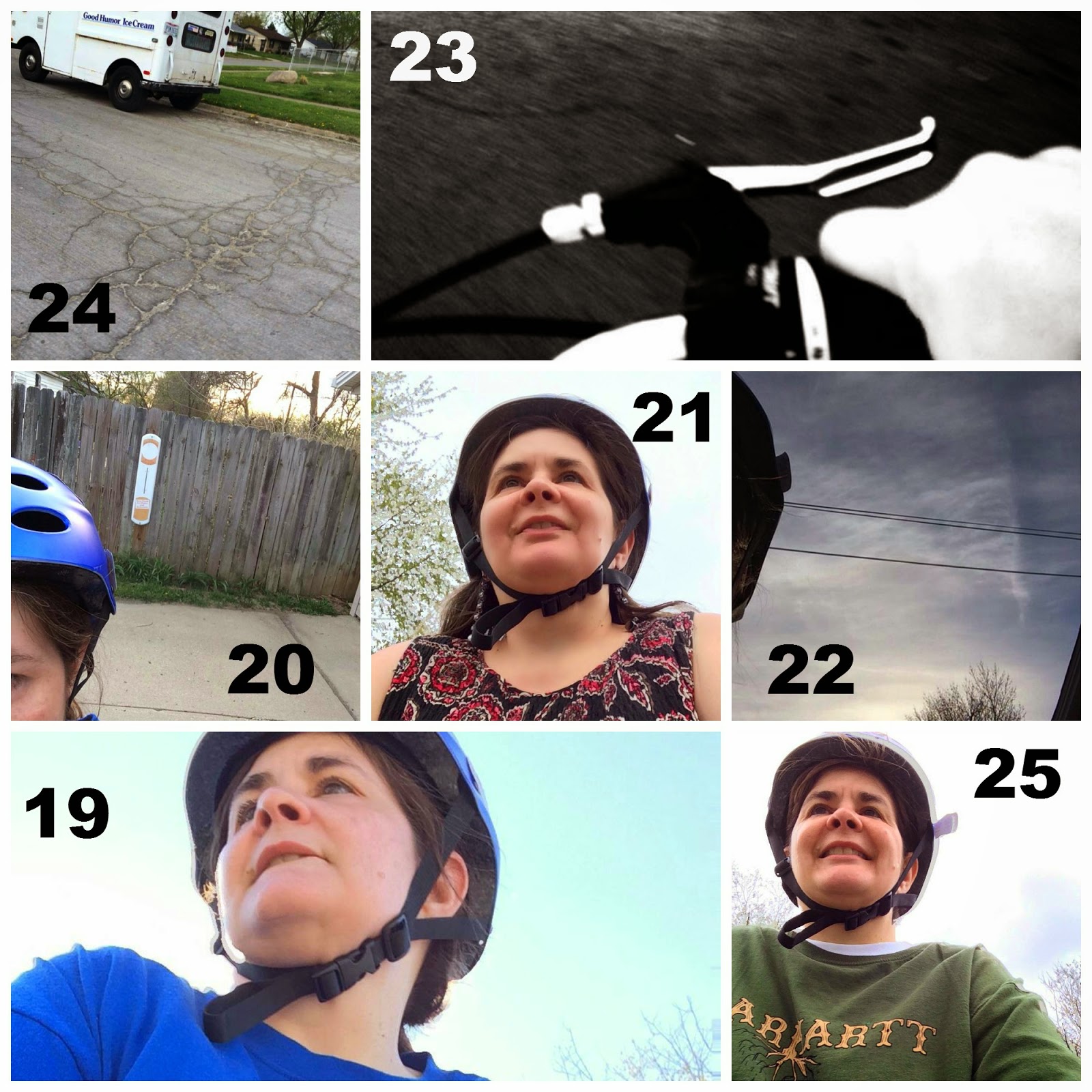 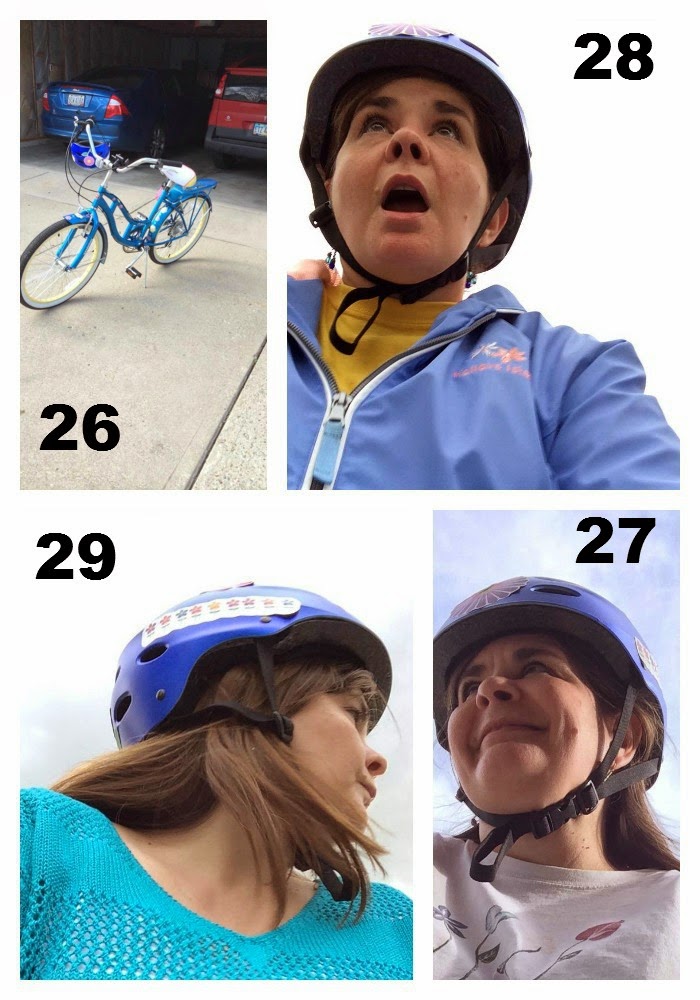 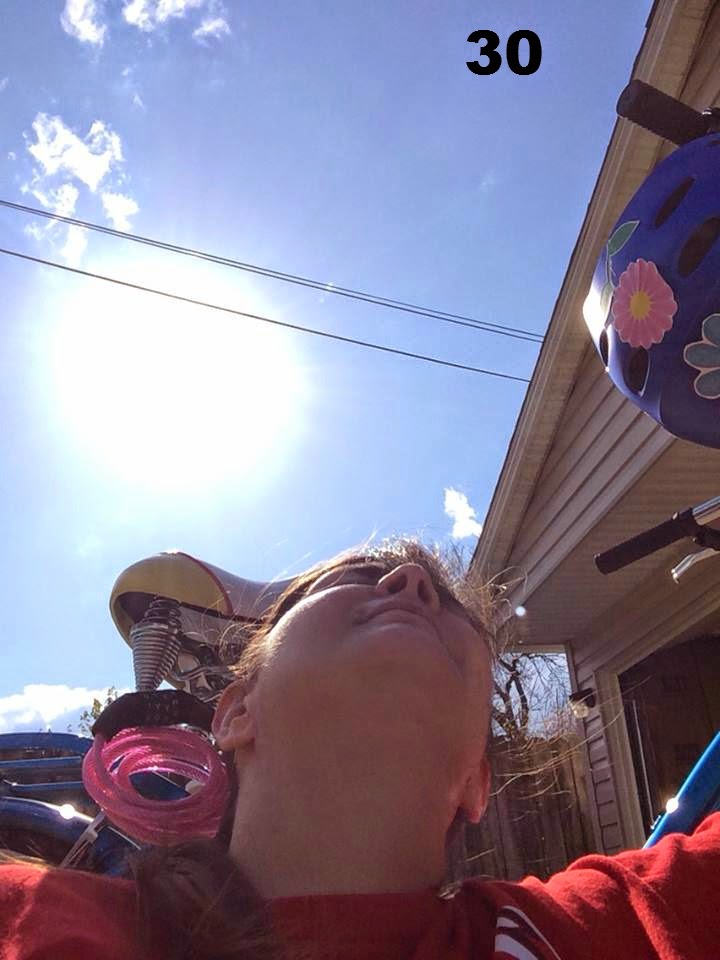 
With all the lovely weather we’ve been having I’m counting down until vacation… and I need to start adding walking to the biking I’m doing every day.

Monday, April 21st
Part of my lunch for the day. 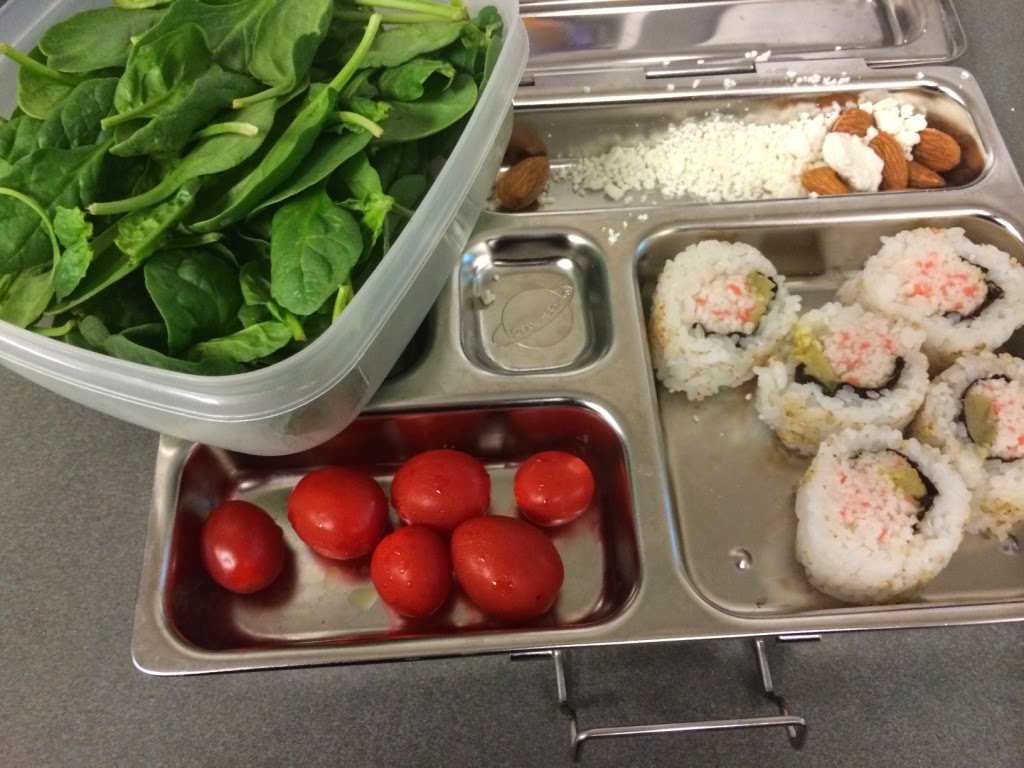 Some sort of plane that Dr. M saw.

The Daily Bike (which was a really really short one since my dress kept flying up – oops!).

Wednesday, April 23rd
Here is a tale of big hair. I had the bright idea to sleep in curlers, but the result was a little bit out of control at first. But as usual, it had calmed down considerably by the time I left for work (& in fact no one at work commented on my hair so I think it just mostly looked normal – ha!).

Tree swallow – Dr. M was pretty excited when he saw it!

It was Administrative Professionals Day. I gave away most of my goodies, but I still had plenty to munch on for a few days.

Thursday, April 24th
The puzzle is coming along. And I haven’t really been cursing it like I thought I would!

Dr. M’s university always celebrates Shakespeare’s birthday. One of the students dressed as a fool & Dr. M wore his Renaissance costume for the occasion.

Dr. M & I participated in his school’s Relay for Life event. Last year was SO cold & miserable, but this year was really nice.

Dr. M stalked the backyard critters. They was lots of courting going on – ‘tis the season.

Most of our photos are taken with a 12 megapixel Nikon D5000 DSLR, using a 55-200mm zoom lens. This is the camera that Dr. M takes with him most days. He also takes pictures with our old reliable 7 megapixel Canon Powershot A710.  The Bug uses our new Nikon Coolpix S6200 most of the time. If you’re interested in which camera was used for a particular shot, just ask!
at April 27, 2014 12 comments: Links to this post

Email ThisBlogThis!Share to TwitterShare to FacebookShare to Pinterest
Labels: Birds


I’m going to make a pronouncement - & some of you may scoff or tell me to hush so I don’t jinx us all – but I really really believe that this week had the last of the snow until next fall. (If I say that emphatically enough it might even be true!)

Sunday, April 13th
The Daily Bike. I also spent some time putting gadgets on my bike – a cell phone holder & the lock I’ve had for almost a year. Why, yes I can use a screwdriver!

Monday, April 14th
I had to laugh at myself today – this was my affirmation for the day & I taped it on my forehead as a reminder (no I didn’t leave it on there all day – ha!). 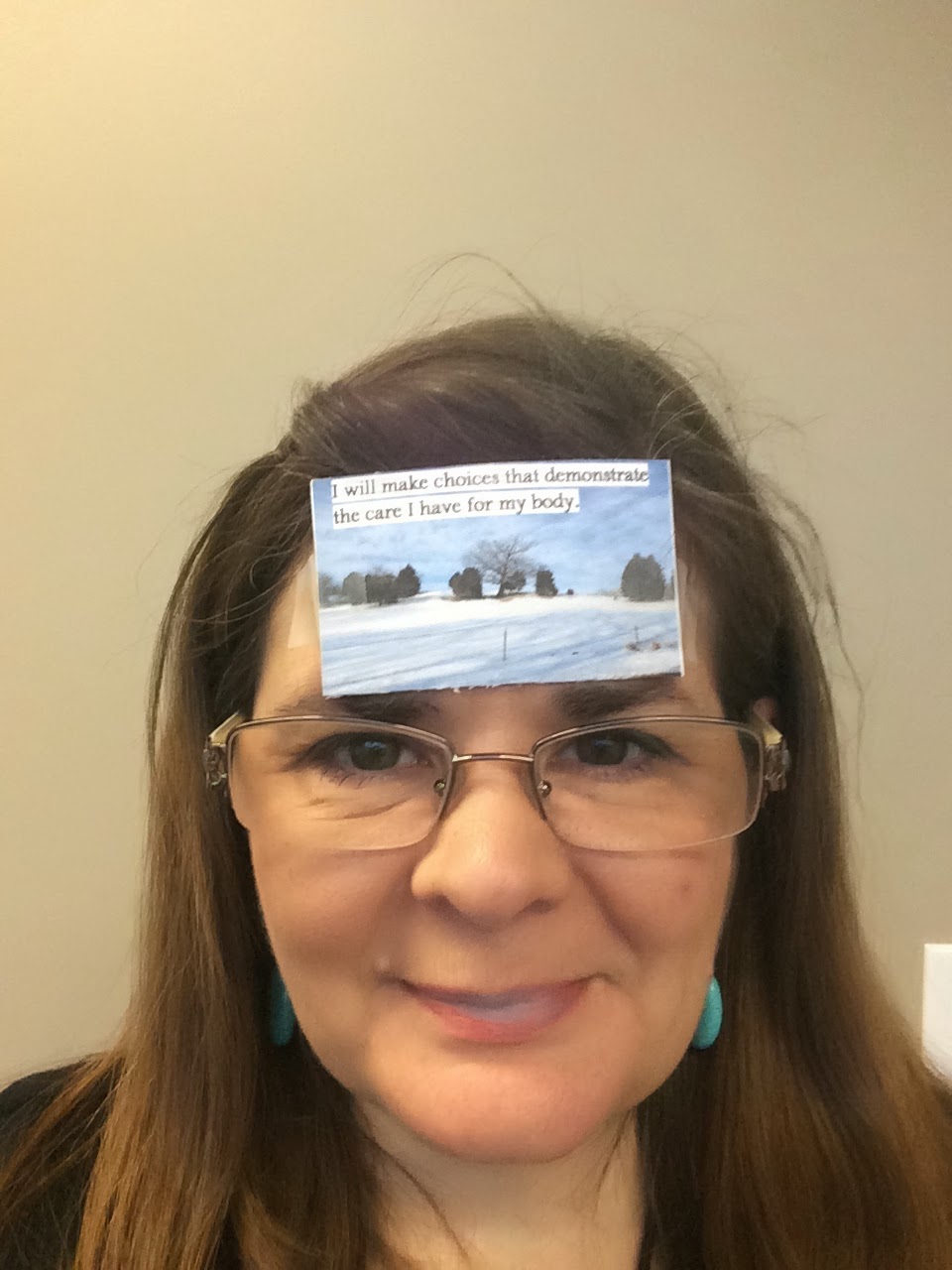 Someone had suggested that I put stickers on my helmet, so I printed some clip art on label paper & had at it. As I said on Facebook: Really, at each point in this bike riding process I have had a choice between dignity and fun. Any guesses as to which path I chose?

The Daily Bike – yes there was a chill in the air!

There are actually two houses in our neighborhood with almost the exact same display. Made me laugh.

Tuesday, April 15th
The last snow of the year. Really. I promise. Heh.

Wednesday, April 16th
I finished this scarf for a friend but haven’t sent it off yet, so I made use of it today! Yes, I did lower it down off of my face.

Dr. M being a hippie prof (& looking grim as he tries to figure out how to work his camera to take a selfie).

The Daily Bike. Oh & by the way thanks to everyone who encouraged me to get a helmet. I was waiting at a corner & just fell right over (I have terrible balance). My head banged on the pavement but it was well protected. I would say that only my pride was hurt, but we all know I don't really have any pride left. Ha!

Starling – so pretty in the sun.

Our Maundy Thursday service at church. 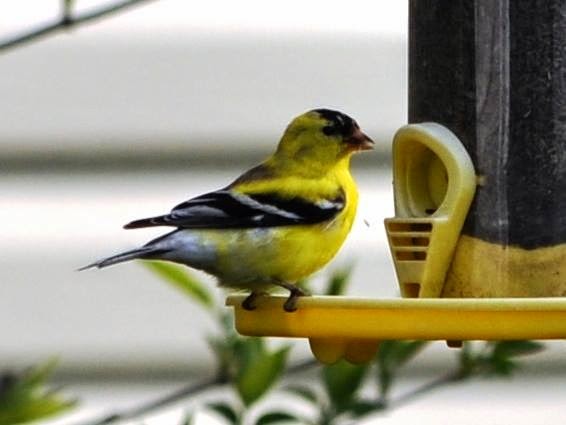 Look who got out of her long winter prison! She’s a little raggedy, but Dr. M will trim her in a few days & then she’ll be ready to go crazy all summer.

Most of our photos are taken with a 12 megapixel Nikon D5000 DSLR, using a 55-200mm zoom lens. This is the camera that Dr. M takes with him most days. He also takes pictures with our old reliable 7 megapixel Canon Powershot A710.  The Bug uses our new Nikon Coolpix S6200 most of the time. If you’re interested in which camera was used for a particular shot, just ask!
at April 20, 2014 15 comments: Links to this post 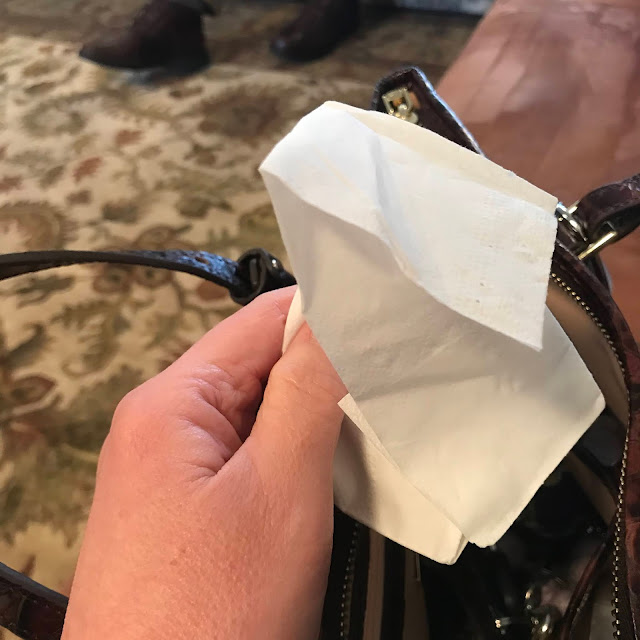