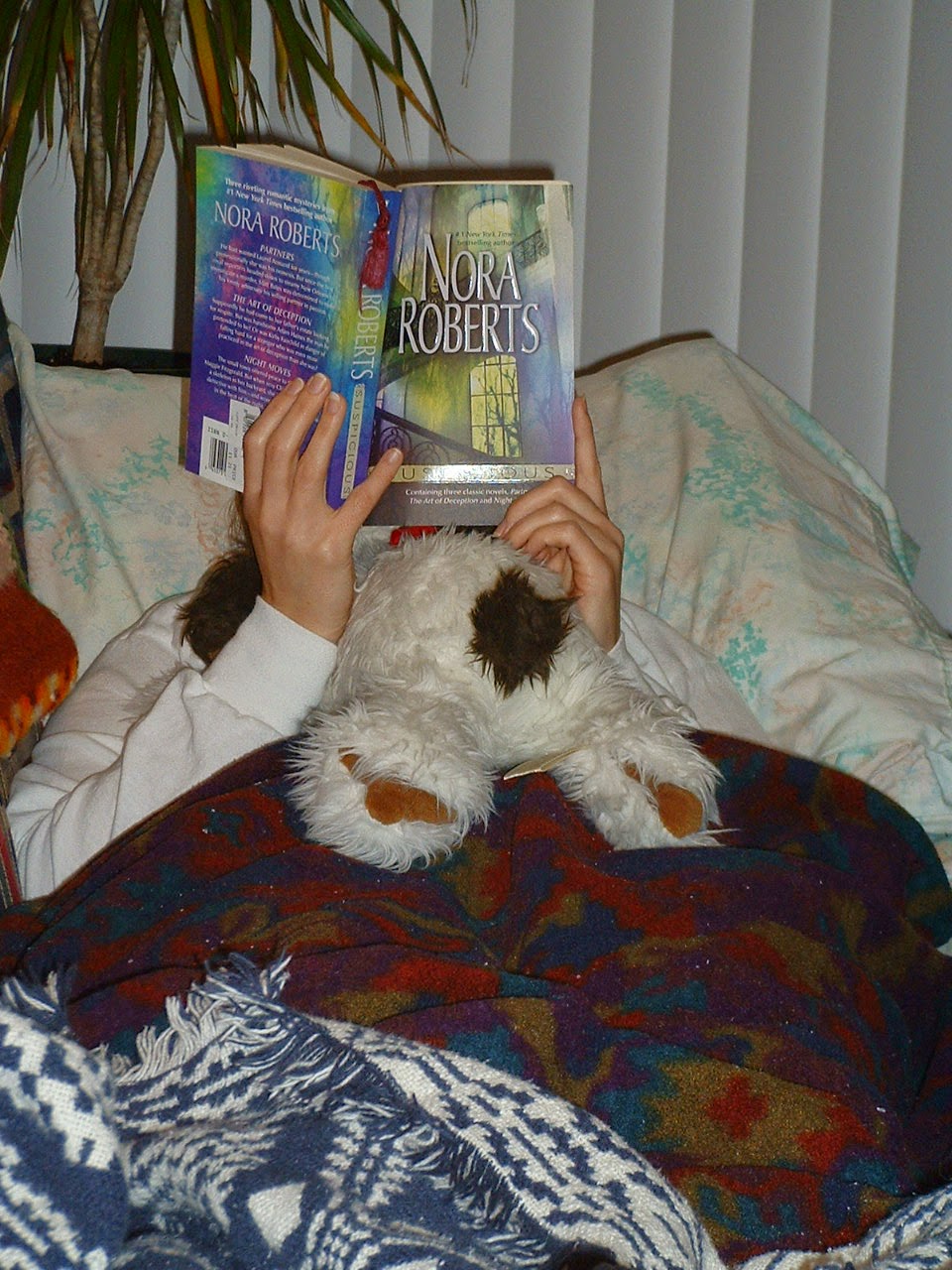 1. The Long Way Home (Chief Inspector Armand Gamache #10), by Louise Penny. Happily retired in the village of Three Pines, Armand Gamache, former Chief Inspector of Homicide with the Sûreté du Québec, has found a peace he'd only imagined possible. On warm summer mornings he sits on a bench holding a small book, The Balm in Gilead, in his large hands. "There is a balm in Gilead," his neighbor Clara Morrow reads from the dust jacket, "to make the wounded whole." While Gamache doesn't talk about his wounds and his balm, Clara tells him about hers. Peter, her artist husband, has failed to come home… She wants Gamache's help to find him… The journey takes them further and further from Three Pines, to the very mouth of the great St. Lawrence river. To an area so desolate, so damned, the first mariners called it The land God gave to Cain. And there they discover the terrible damage done by a sin-sick soul.

The Bug Says: I listened to the audio version of this book. I love the narrator, and as I said on the last Book Review Tuesday, I could listen to Louise Penny’s characters talk about cheese all day & be perfectly happy. Her style might not appeal to everyone, but I always feel like I’m coming home when I read an Inspector Gamache book. I’m thinking of re-reading all of them before the next one comes out! I gave this book five stars.

2.  The Ice Princess (Fjällbacka #1), by Camilla Läckberg. Returning to her hometown after the funeral of her parents, writer Erica Falck finds a community on the brink of tragedy. The death of her childhood friend, Alex, is just the beginning. Her wrists slashed, her body frozen in an ice cold bath, it seems that she has taken her own life. Erica conceives a memoir about the beautiful but remote Alex, one that will answer questions about their lost friendship. While her interest grows to an obsession, local detective Patrik Hedström is following his own suspicions about the case. But it is only when they start working together that the truth begins to emerge about the small town with a deeply disturbing past.

The Bug Says: I listened to this one on audio too – which is good because the book is set in Sweden, & all the Swedish names would have been hard for me to keep straight in print! I had read books 3 & 4 of the series & decided that I wanted to start from the beginning. I don’t know why I enjoy them so much – they’re police procedurals wherein a small town police department has to solve murders. I think that the characters are so well written – there’s humor and a really great turn of phrase (much better than I’m able to convey, obviously – ha!). I gave it five stars too.

3. Still Midnight (Alex Morrow #1), by Denise Mina. It's the case that could make DS Alex Morrow's career, it would make any salivate. A home invaded in the dead of night, deep in the heart of the cosy suburbs; a hard working family at the heart of it and a vulnerable old man taken hostage. It's high profile, a black-and-white case and it shouldn't be hard to solve ...

The Bug Says: As you may or may not recall, I read the 2nd book in this series first & really enjoyed it. I wasn’t able to get the audio version of this book (I missed the Scottish narrator), and for some reason I took my own sweet time reading it. (I see from Goodreads that it took me 26 days to finish!) But once I got into the meat of the story I really really enjoyed it (yes, broken record here). She’s another writer who has a lovely turn of phrase, often about a grim reality. I gave it 4 stars (just because of how long it took me to get into it).

4. The Job (Fox and O'Hare #3), by Janet Evanovich & Lee Goldberg. Charming con man Nicolas Fox and dedicated FBI agent Kate O'Hare secretly take down world’s most-wanted and untouchable felons. Next job: Violante, the brutal leader of a global drug-smuggling empire. The FBI doesn’t know what he looks like, where he is, or how to find him, but Nick knows his tastes in gourmet chocolate.  From Nashville to Lisbon back alleys, from Istanbul rooftops to Thames, they chase clues to lookalike thefts. Pitted against a psychopathic bodyguard holding Kate hostage and a Portuguese enforcer getting advice from an ancestor's pickled head, they again call driver Willie for the ship, actor Boyd for one-eyed Captain Bridger, special effects carpenter Tom, her father Jake - retired Special Forces, and his talent - machete-wielding Somali pirate Billy Dee. This could be their biggest job - if they survive.

The Bug Says: Evanovich is the author of the popular Stephanie Plum series, and this one is somewhat similar, except that in this series the woman is competent at her job. I love the humor in these books & the fact that they don’t require a lot of thought – or time investment. I gave it three stars.

5. Serial, the Podcast. Serial is a podcast from the creators of This American Life, and is hosted by Sarah Koenig. Serial tells one story - a true story - over the course of an entire season. Each season, we'll follow a plot and characters wherever they take us. And we won’t know what happens at the end until we get there, not long before you get there with us.

The Bug Says: OK, so it’s not really a book, per se. But I listened to it instead of listening to an audio book so I’m counting it. They’re planning to tell a different story each season. This season the story was about a convicted murderer, Adnon Syed, who may or may not be guilty. There are 12 episodes that you can download & listen to. I’d been told that I would LOVE this podcast by a number of people, but I stubbornly resisted until it was “assigned” for book club. And as promised, I loved it! Which should not be a surprise since most of the books I read have something to do with murder. I even gave it four stars on Goodreads, but apparently seeing as how it’s not actually a book, Goodreads has since removed it from their database. Ha!

Currently I’m listening to Sycamore Row, by John Grisham (just love the southern accent of the narrator), and reading The Cypher (Guardians Inc. #1), by Julian Rosado-Machain. The Cypher is my Kindle freebie for book club & it’s surprisingly good! He needs an editor (grammar typos), but the story is pretty interesting. Of course, I’m only 34% done, so who knows how it’ll turn out. I’ll let you know in the next edition of Book Review Tuesday!