This past week is a bit of a blur (hence the need to start doing this weekly post again). Let’s see, what fascinating things happened!
Sunday, January 15th
Today Dr. M took a hilarious sequence of pictures. The light wasn’t great, so the quality isn’t the best, but here is the story. A squirrel hid a piece of corn in a hole on the tree. This woodpecker came along & decided it was a tasty treat & stole it. I know, not a riveting tale, but it made me laugh. 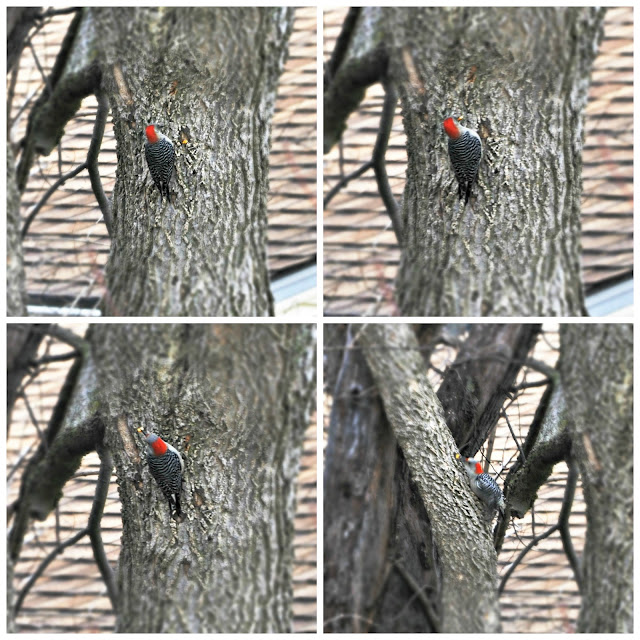 Monday, January 16th
We decided that with all the craziness going on in the world we needed to watch Foul Play for the millionth time. Also, I was crocheting a pink “pussy hat” while wearing pink fuzzy sheep pajamas. 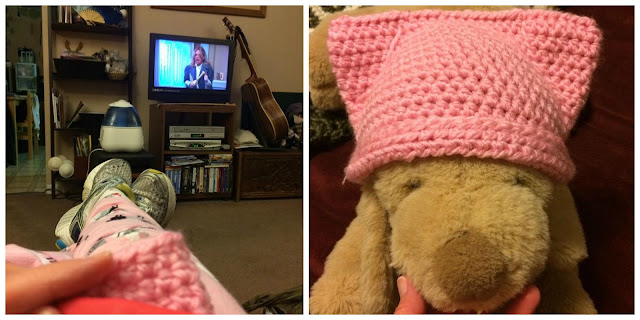 Tuesday, January 17th
I’ve decided to switch from my usual salad to having soup as an “appetizer” for lunch, so I pulled out my trusty soup thermos. 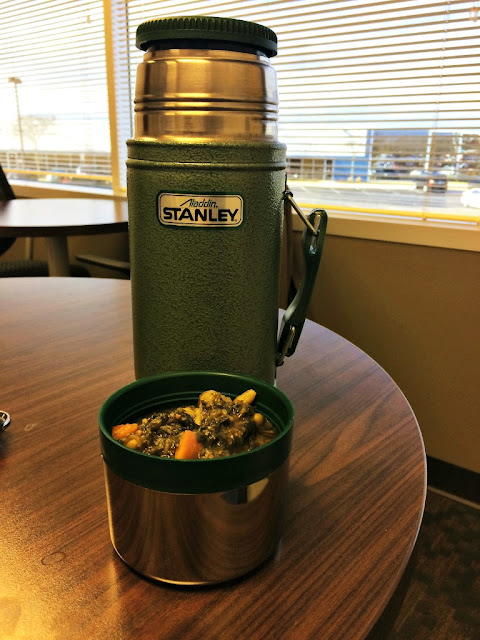 I canNOT believe I let my gas get this low! And in fact, by the time I got to the gas station it was down to 2 miles. Whew! 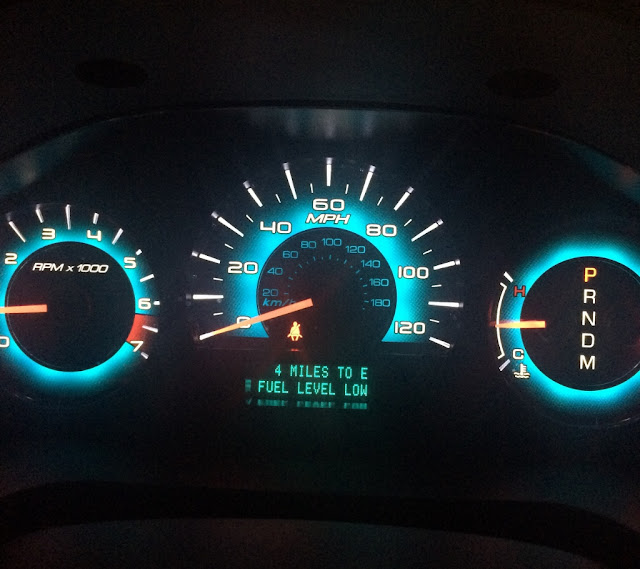 Wednesday, January 18th
I started out making the cat ear hat with this fuzzy yarn but decided that it wasn’t really working for me. So I made a different hat with it. Hmmm. 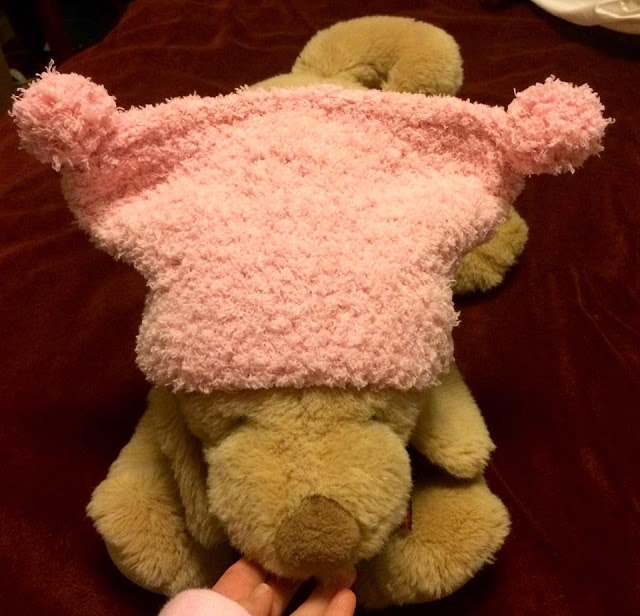 Thursday, January 19th
Look! See that empty space on the shelf (where the one book is flopped over)? That’s what I’ve done to prepare for our move – there were some magazines there that I put into the recycle bin. Woot! 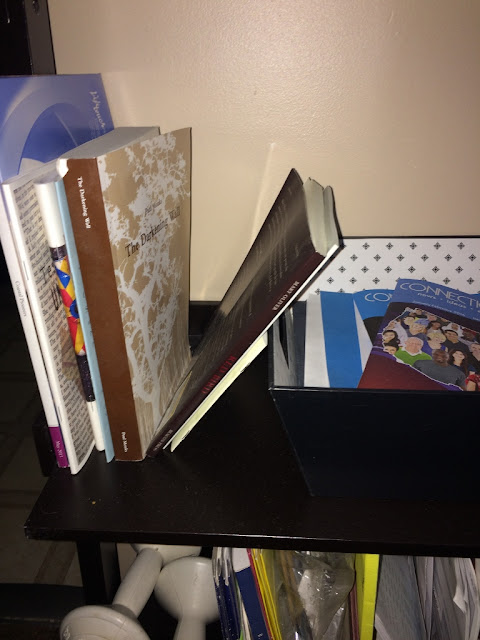 Friday, January 20th
Today I drove to Indianapolis to watch my gorgeous niece Jena in a cheer competition. See?

When we got there we had to sit in line for an hour and a half before they opened the doors. So I made a hat. I loved the sign in the hallway – since I could barely get myself down on the floor & then back up again, I’m pretty sure they didn’t need to tell me not to tumble. Oh, they were talking about the cheerleaders? If I can get a link to the video of the performance I’ll post it later this week. 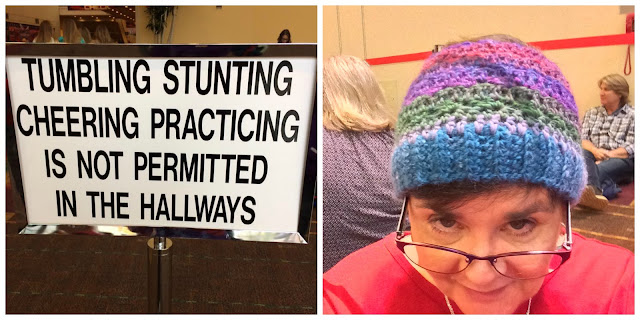 P.S. See the guy behind me in the picture? I swear he looked just like Andy from WKRP in Cincinnati!

Saturday, January 21st
I stayed Friday night a little bit north of Indy & then drove up to have lunch at Ivanhoe’s Restaurant with my friend Rita from Meemaw Moments. Ivanhoe’s has 100 different types of ice cream sundaes! I had #44 (Heavenly Hash).  It was heavenly. We had a lovely visit and tried (unsuccessfully) to take selfies with the Garfield statue. 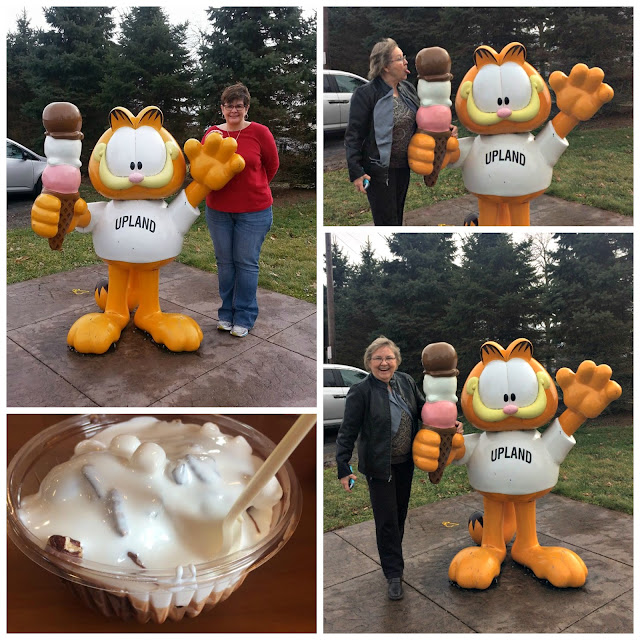 While I was doing that, millions of women and men were marching all over the world, in protest of the new administration, and in solidarity with the marginalized in our society. I had a couple of coworkers who marched in Cincinnati, including one who took her daughter, who was wearing the hat that I had made her.  I wasn’t too sure about the pussy hat business (I think maybe I’m a little too fusty for it), but I have to say that it did my heart good to see the hat I made on this little girl. 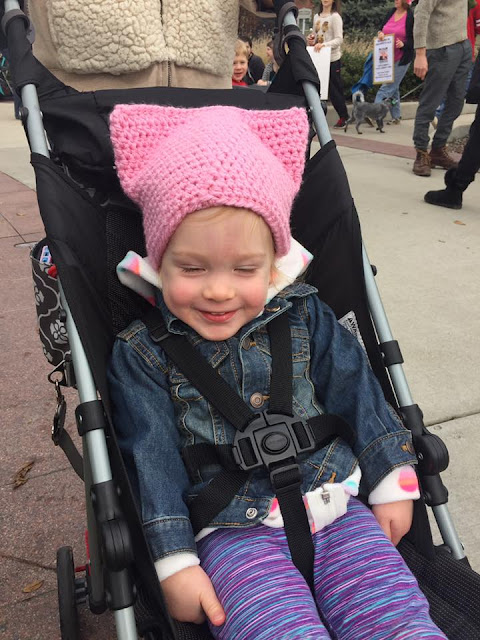