We decided that it was too cold for Martha Goose to have to just wear her cupid outfit – so we layered. I think she looks pretty longsuffering to me. 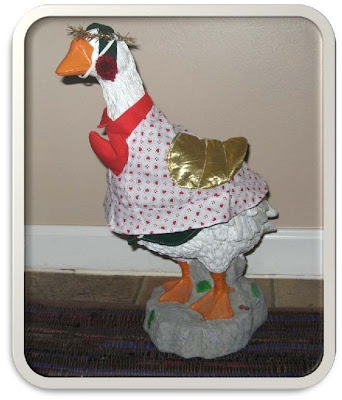 Monday, February 15th
We got more snow on Monday. The penguin luminaries got buried! 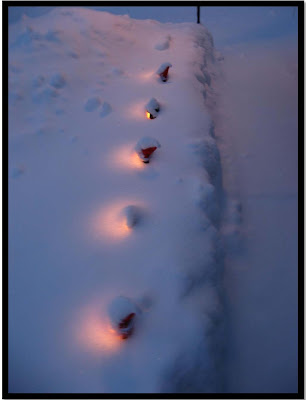 Tuesday, February 16th
The Bug household put up the flag of surrender on Tuesday. I stayed home from work – mostly because I had caught a cold (I thought it was allergies, but Dr. M is sick now & supposedly I'm the culprit.) 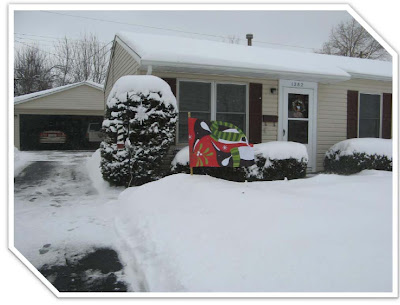 Wednesday, February 17th
On Wednesday, the dreaded longed for Girl Scout cookies arrived! No, I don't see any irony that I took their picture beside the book I'm reading on weight control. Heh. 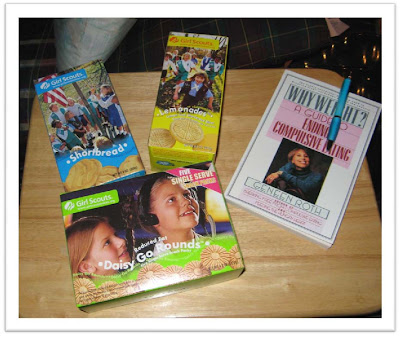 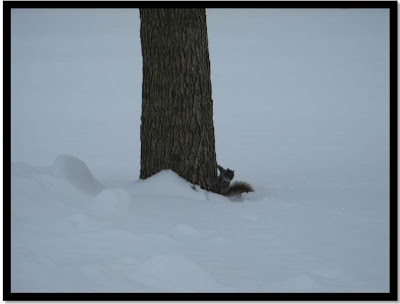 Friday, February 19th
It was the last day of work for one of my coworkers (for pretty obvious reasons J). I think it's pretty brave insane crazy cool that she's decided to be a stay at home mom now – she has a 20 month old son who'll be a great big brother to her daughter. I forgot my camera so another coworker took this with her phone (thanks A!). T, you will be missed! 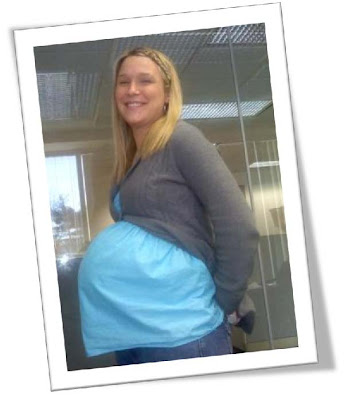 It was really foggy Friday morning. Dr. M took some good shots of the fog, but this is my favorite. 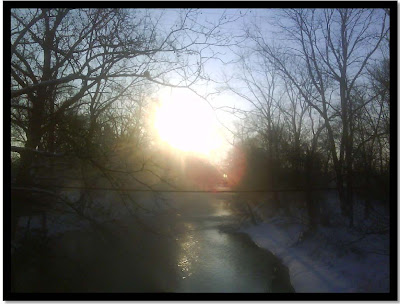 Saturday, February 20th
Well, today it's finally above freezing! The Orange County Chopper snowman (see last week's post) is getting ready for the big sleep. Or maybe he's in his cups.

D. M has named the cat from next door LOL – because that's what we do when we see him. I'm sure we could ask the neighbors what his real name is, but I like this one pretty well. I'd be kind of disappointed to find out his name is Fluffy or some such. 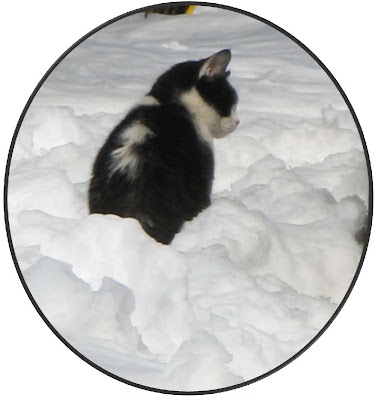 Supposedly we will be having rain this next week. I hope "rain" isn't code for "more snow." In any case, you'll hear all about it next Saturday!

Go here tomorrow to see the blogs of all the other Project 365 participants.