I had eight years of piano lessons. I have no natural aptitude for music, so I'm not all that fabulous on the piano. I was one of those students that my teacher used to pay the bills – she had no dreams about me! Well, & I had no musical dreams either. But I am very grateful for the lessons because I can read music and sing a song I've never heard before. And I can pick out my alto line on Dr. M's ancient keyboard. I can plug in headphones for the keyboard, but there's no way to shut me up. Poor Dr. M!

I don't know why. I just thought it was interesting that when I got home from work on Monday it was 63.2 degrees in the house. It wasn't that cold outside (& we had 52% humidity – score!). 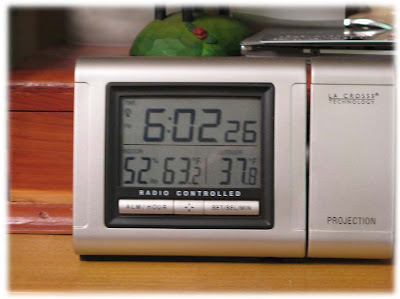 Well, this is another attempt to get a picture of the sheep on the hay. They didn't cooperate, but I thought this one looked all wise or something. I should have asked her what the secret of life was. 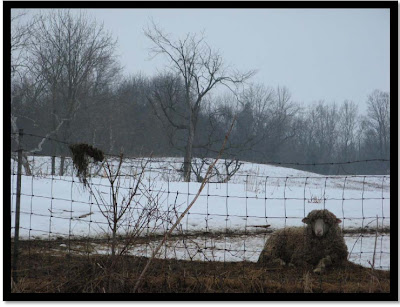 On Wednesday, I forgot to take a picture during the day. So you get to see our trash & recyclables that I put on the curb. I'm pretty pleased that we have more recyclables than trash (this is for one week) – the next step is to reduce how much stuff we use so that there's less of both. (Please note all the white stuff in the top of the trash bag. Those are Kleenexes people – I think we'll both stop sneezing just in time for spring allergies. Oh joy! 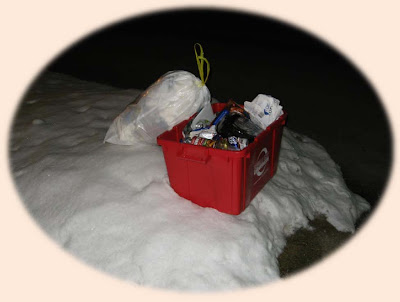 It's the sun! It was there for about 30 minutes on Thursday. It snowed the rest of the day. It was nice to have a glimpse of an old friend. 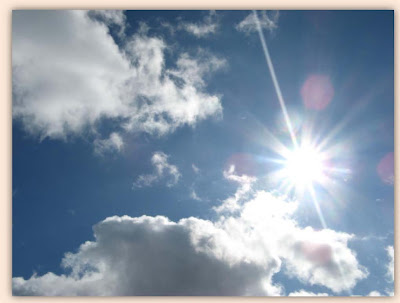 Dr. M says that I'm a nerd. And this may be true. But there was a reason that I was sitting around taking pictures of myself at work. I wanted to see if lipstick is really necessary (I think it is). And I wanted to see what I thought of my hair pulled back (it's ok, but I should let the bangs go free so I don't look so severe). And I wanted to see if I look better smiling or not (I'm pretty sure I look deathly either way – all my makeup had worn off by this point. Except for the lipstick I had just applied). In short, I should just leave. the. camera. at. home. 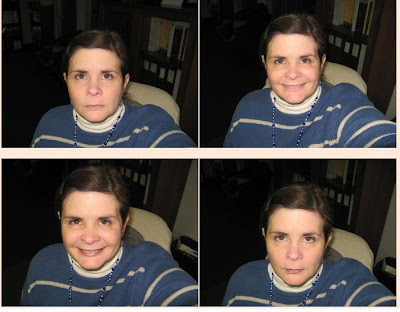 This was Dr. M's commute home on Friday. It was unexpected to us – apparently we missed the part where it was going to snow in the afternoon! 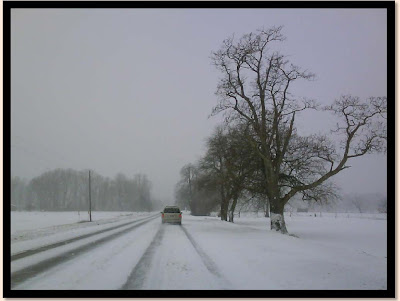 This is our first Project 365 picture with the new camera! Dr. M took it this morning before I got my lazy self out of bed. It makes me laugh every time I look at it. The luminaries had just gotten themselves unburied from the snow (see last week's 365 post to see how deep they were). Anyway, I think this little guy just looks personally offended by the snow that blew into his face. Hilarious! 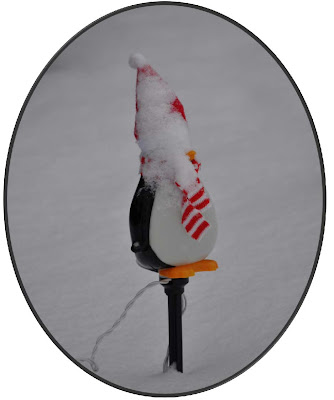 Go here tomorrow to see the blogs of all the other Project 365 participants.
at February 27, 2010