We left on our trip Saturday March 6th & returned on Sunday March 14th. While we were gone we took over 600 pictures! It took quite some doing to choose a handful of representative pictures from the trip. There are more than usual on a couple of days, but you know what – you guys are just going to have to suffer through it! It was too hard to decide! Later I'll do some follow-up posts to highlight specific aspects of the trip. I apologize – I'm not going to edit the pictures this week, so they'll be fairly large.

Sunday, March 7th
We stayed at my dad's house until we headed for Charleston, SC on Wednesday. Sunday was spent in church matters (I went to church & didn't even feel compelled to throw the hymnal at the pastor! I consider that quite a victory.). Later in the day we realized that we hadn't taken any "Project 365 worthy" pictures. So I made Daddy & Amy pose for us. We got them this flag last year. My dad is an NC State fan & Amy is a University of North Carolina fan. In North Carolina this is almost like the division between the Rebels & the Yankees. Serious business. So we thought the flag was appropriate. They're crying over it because their basketball teams were not very good this year. Carolina is usually a top seed, but this year won't even make the tournament. State is usually not very good, so not that surprising – except that they did well in the ACC tournament. They probably still won't play any further this year. Now I'm free to pull for teams based on their colors/mascots/whether I like the coach. Go March Madness! 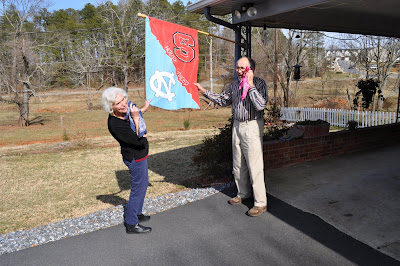 Monday, March 8th
Dr. M did what he does best on Monday – taking pictures of sheep! I like this one because the landscape is pretty representative of where we both grew up in North Carolina. I'm amused that they sheared the sheep - & then some of them apparently required blankets! That would be me – naked sheep with a blanket on. Then I'd have to throw it off in the middle of the night. Oh, wait, that's a whole other topic altogether. 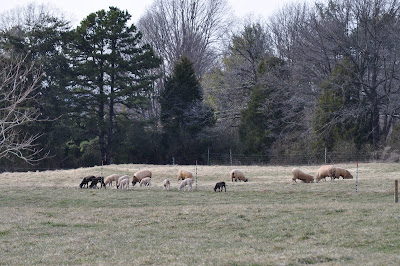 Tuesday, March 9th
I took a ton of pictures on Tuesday in addition to the ones that Dr. M took. I posted some flower pictures last Monday. I'll save the others for another post. For now, just enjoy this crafty birdhouse. 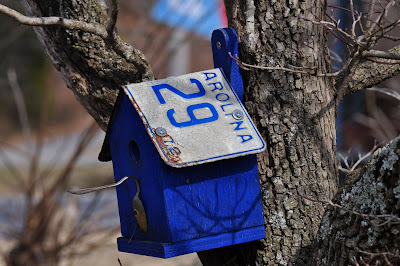 Wednesday, March 10th
When we were leaving Daddy & Amy's house on Wednesday they were getting ready to go out with their singing group to sing some, guess what? St. Patrick's Day songs! Too bad we don't have a video of this group singing – I have a feeling they're a hoot. P.S. My father is growing a beard for his part as a person in the crowd in their Easter extravaganza. I vote for him to shave it afterward. What do you think? 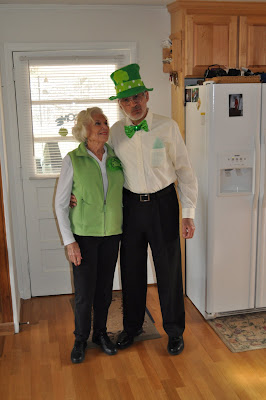 Here is a picture from Charleston – more flowers!! 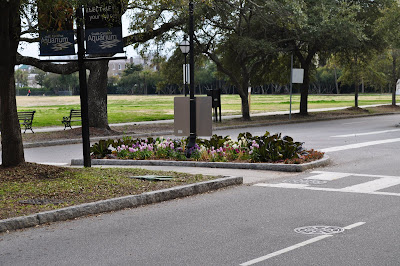 Thursday, March 11th
Poor Dr. M! This was the day he read his paper at the conference (you do know that this was a working vacation, right), & it was POURING rain all day. He had to walk further than he expected so he was soaked. I stayed in the hotel the whole day. I would look out at the rain & think, "Hmm. Shopping? Or book?" It really wasn't a contest – the book won (a Lawrence Block). Here is a picture Dr. M took on his way to the conference. Lovely & drenched. 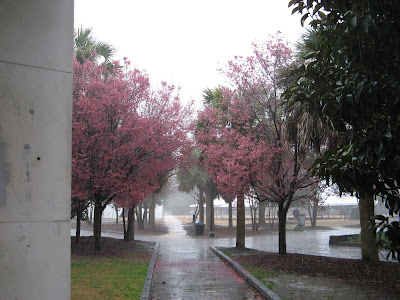 Friday, March 12th
On Friday we took the ferry out to Fort Sumter. Don't tell Dr. M, but I didn't really realize that Sumter was on an island (a man-made one at that!). I thought it was on the end of the peninsula. So I was a bit surprised to have to take a ferry. I'm about a Grade C historian's wife. Heh. It was a misty day – and as we were leaving the fort the fog was setting in. 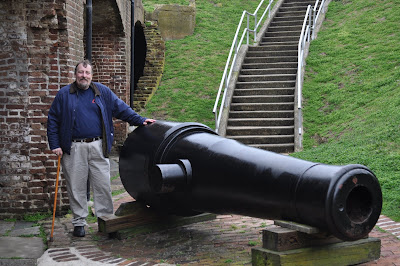 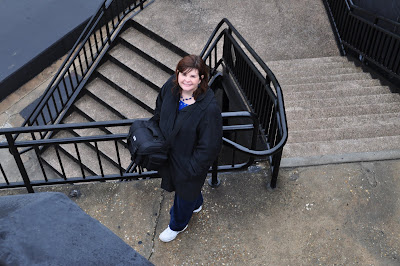 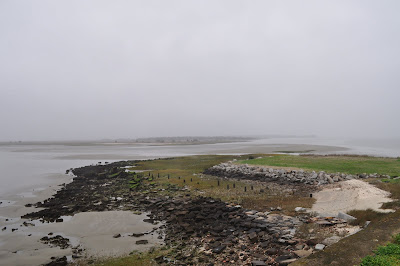 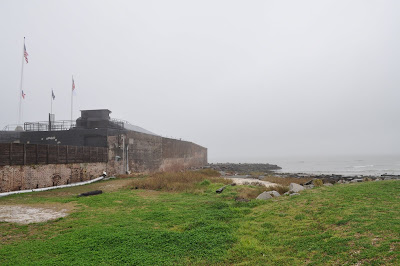 After Sumter we went to Fort Moultrie. I enjoyed that fort a lot - & was wishing I had more energy left to explore it. If we make it back to Charleston I'd make this a must-see. 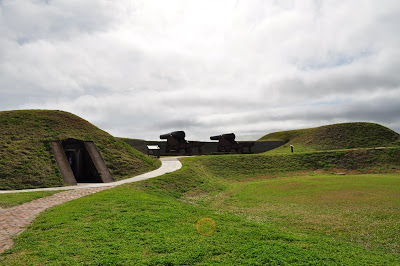 Saturday, March 13th
On Saturday, before heading back to my dad's house, we took a shuttle bus tour to see what we'd missed. The tour was awesome - we loved our tour guide! After the tour was over we went back to buy one of the sweet grass baskets we'd seen. 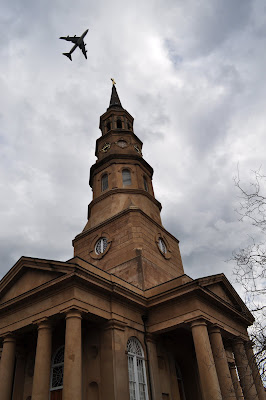 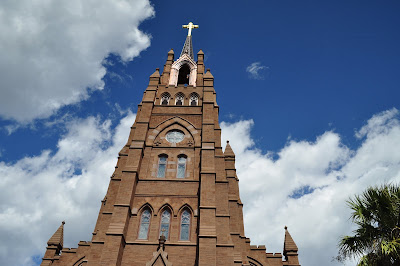 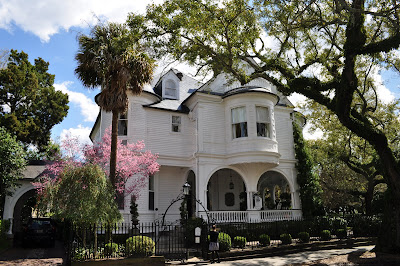 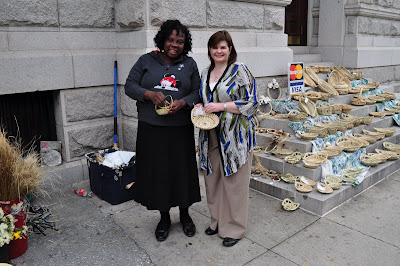 Go here to see the blogs of all the other Project 365 participants.