Sunday, April 11th
On Sunday Dr. M took pictures of the blossoms on the apple tree by our back fence. And look – there's a bee doing its thing. 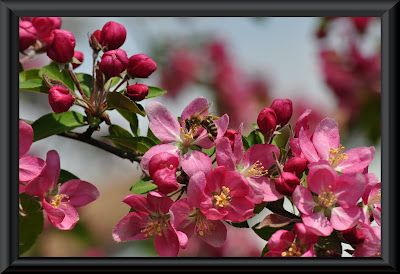 Monday, April 12th
On Monday Dr. M took this picture of these gorgeous tulips – I love the color! 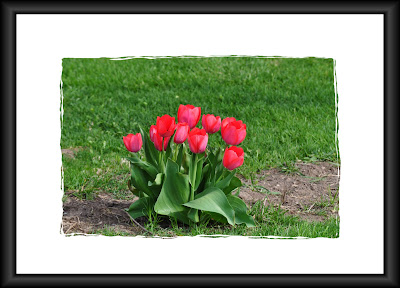 And then he caught this very disdainful llama – doesn't it look like it's telling him that he does not have permission to take its picture? 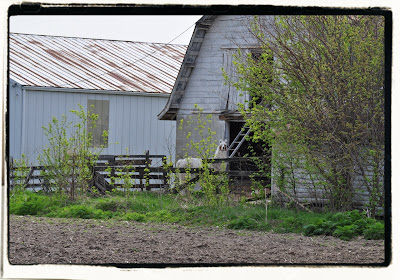 Tuesday, April 13th
On Tuesday Dr. M finally caught the elusive red winged blackbird on film. Except I guess it's not film, is it? Hmm – do we change the saying to "caught on digital media" now? 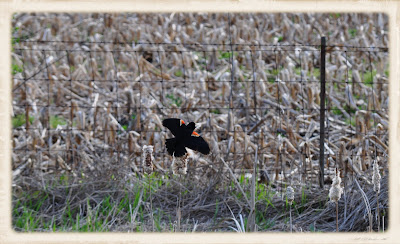 And here is what appears to be a finch being chased by a bee – hilarious! 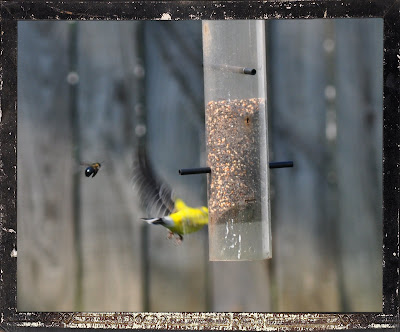 Wednesday, April 14th
On Wednesday night Dr. M gave a lecture on Abraham Lincoln. One of his students caught him in action. 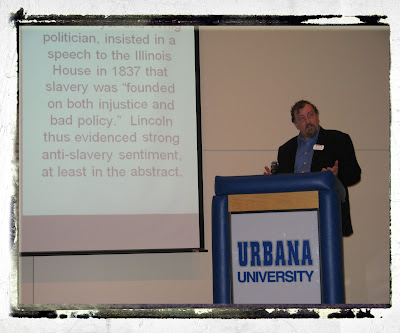 Thursday, April 15th
On Thursday, besides taking a picture of the Tax Time Pig, I finally stopped to take pictures of the burros who live with my favorite sheep. They're so cute with their big heads & stubby legs. 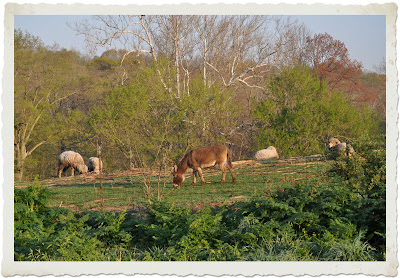 And Dr. M took a picture of the neighbor's wisteria. They brought it here from Mrs. L's homeplace in southern Ohio. 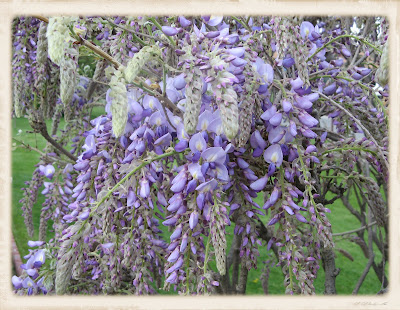 Friday, April 16th
Dr. M's university town had a big day on Friday. They are having a gathering of WWII planes at the local airport. This is a formation of B25s and P51s. 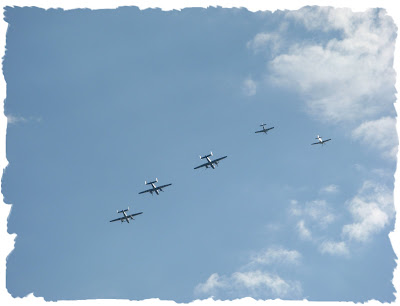 And the school had its annual Relay for Life event, raising money for cancer research. In addition to all kinds of events, they had the pleasure of seeing the university president in bicycle shorts (I'll spare you the picture – but he was planning to ride his bike for the whole 18 hours of the event), and one of the professors played music with his band. Dr. M says that the band is great – and that Professor E is really good. Wouldn't you like to take a class with him? 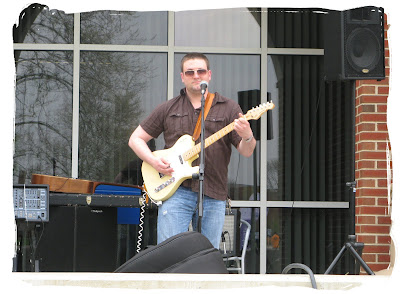 Saturday, April 17th
Today Dr. M mowed the grass for the 3rd time this year. There is always a nice feeling of symmetry and accomplishment once the grass is mowed! 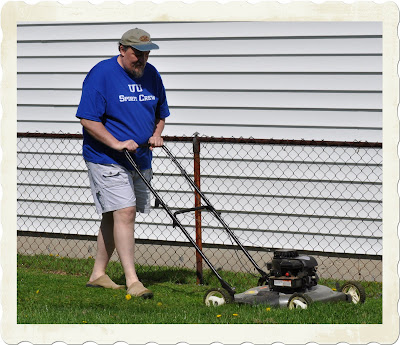 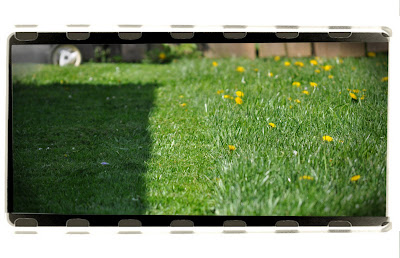