I'm writing this on Sunday because my boss is back after two weeks on vacation & I imagine that I will be expected to work tomorrow. Not to mention look at vacation photos (he went to the Grand Canyon & is a pretty good photographer so I won't be suffering too much). Anyway, Dr. M & I took a journey to Chili's & one of the local Meijers stores today & there was a whole world of miscellany in just that one trip!

Example #1: Before we even got out of the car at the restaurant, Dr. M's phone signaled a text: "Happy baby daddy's day LOL." Is there something I need to know? Hmm? He often gets random strange texts from unknown persons - at least this is his story & he's sticking to it.

Example #2: Everyone in the Meijer's was just roaming around ceaselessly in a daze. None of us could find anything & we were all looking up toward the aisle signs hanging from the ceiling. Why wasn't the kleenex with the other paper products? Where did they keep bathroom scales? Where are the granola bars? After I passed one lady twice I asked her if she thought she was in an episode of The Twilight Zone.

Example #3: Look what I bought! A year's worth of dusting in one box! You think I'm kidding, don't you? 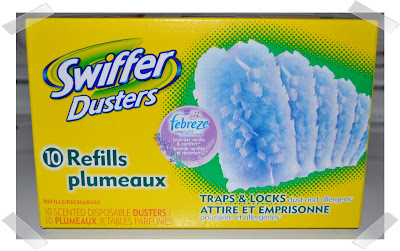 Example #4: Dr. M brought this lamp to our marriage. 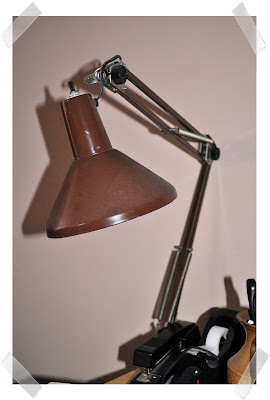 In fact, he believes he's had it since 1979. It's been on all my desks for probably the last 15 years or so. And, finally, we decided it was time to get a new one. We decided to just throw caution to the wind & get something completely different: 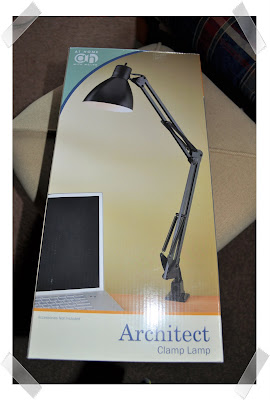 On a more somber note, Dr. M got a call last night saying that he should plan to go visit his mother pretty soon. His family thinks that she is in her final decline. We're still not sure of the time frame, but he's going to get down there sometime next week. I wrote a poem about this waiting in tension earlier this month (here).
at June 19, 2011

Email ThisBlogThis!Share to TwitterShare to FacebookShare to Pinterest
Labels: miscellanea, Things that make me go Huh