That Krazy Kat is driving the bus this week & she has given what I thought was a difficult task:

I want you to think of your favourite Pub.  If you don't favour a particular pub, think of a bar or restaurant even, but a Pub would be ideal.  Now take the elements from the name of the pub, for example "The Fox and Fiddle" and create characters out of those elements.  Now write a funny and fun poem (preferably with end-rhymes) that tells a good story.

I wasn't sure about it because I don't really have a favorite pub. But then I remembered a place that Dr. M & I visited when we were in Savannah several years ago. The food was ok, but it was the atmosphere that tickled me most. When I looked at the pictures from that visit (thank goodness we were tourists & took pictures!) the poem just wrote itself. After you've read this silly tale, go to Kat's blog to read some more – there are already some humdingers out there! 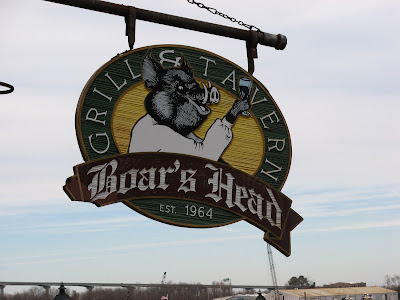 And now I have had it & must state my case
As this hat on my head starts to droop in my face
After all of these years of second hand smoke
For the love of Arnold Ziffel, can you give a hog a toke?" 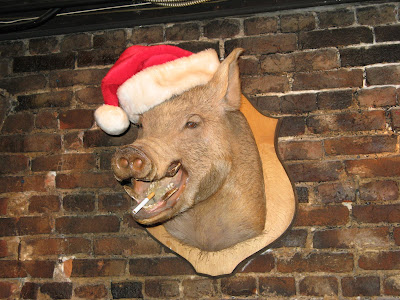 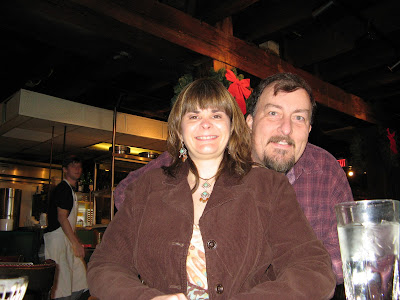 Email ThisBlogThis!Share to TwitterShare to FacebookShare to Pinterest
Labels: poetry, The Poetry Bus

Ha ha ha! This is great, Bug! Just the fact that he spoke would "tickle" me too.

Love that toke-ending and the photo is fantastic!

You rose to Kat's challenge - beautifully!

Is this a true story? Did it really happen?
This is something of a classic, Bug. If only those animals could speak!

Priceless! I've been to a pub in Savannah, but wouldn't remember the name of it for the life of me. This is top notch, Bug.

We had a merry time in Savannah! We had dinner at the Moon River Brewing Company one night, as well...hmmmm. Maybe there's a poem in that.

Nothing like a nice pub crawl - as long as I'm not driving!

I'm glad the boar got to party as well. Just imagine if they could really tell stories about what they'd seen...they could be extortionists extraordinaire!

Wonderful, the guy has a great attitude!!

Oh, Bravo! And look at the smile you put on his face! Which looks like mine. (The smile, you fool, the smile!)

Brings back memories of the Lord of the Flies!
Grisly!!

Dear The Bug,
This is the Wow! I think you could set it to fiddle music even, it's got such a great rhythm.

Not only that: very funny.

Happier than a pig in muck, I guess!

Hooray for you, Dana! I'm charmed. Wonderful lines! But seriously, why does the piggy have a ciggy in its mouth?