This week was a squirrel kind of week. They've found a new squirrel diner!

Sunday, December 19th
So far the squirrels are just eating the (considerable) bird seed on the ground instead of trying to figure out how to get up to the feeder. 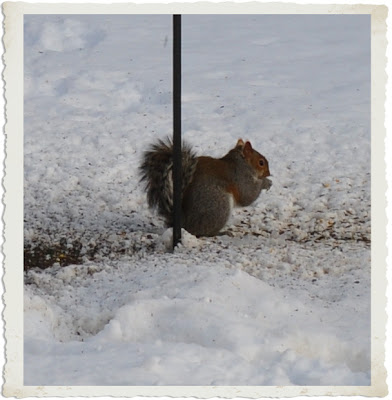 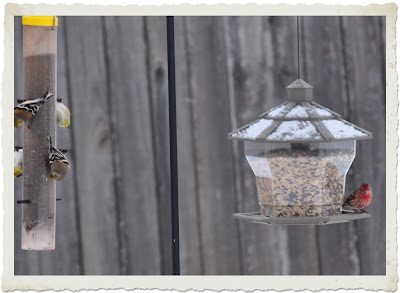 Dr. M took some more pictures of the campus deer. 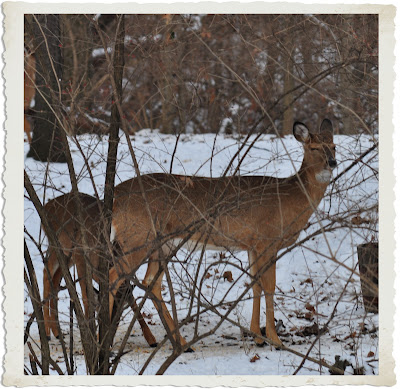 And here is the full moon. The clouds covered the sky when I got up later at 3:30 Tuesday morning so I missed the eclipse, but the full moon was pretty nice anyway. 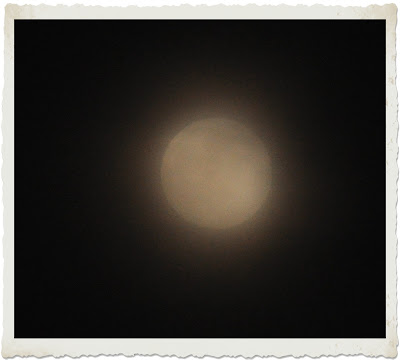 We headed to NC on Wednesday. Here's a picture of my Dad's most constant activity these days - pecan cracking. 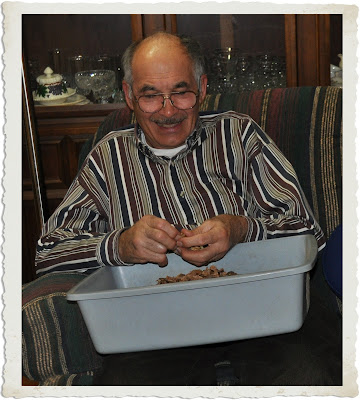 This critter showed up after dinner - what in the world? 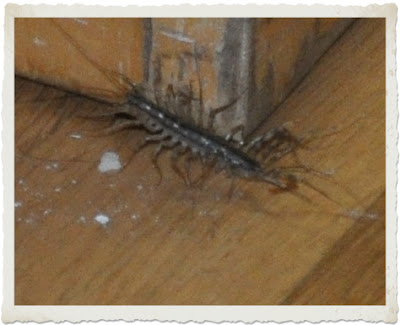 Dr. M wandered outside to get a picture of Daddy's Christmas decorations. We love the palm tree. 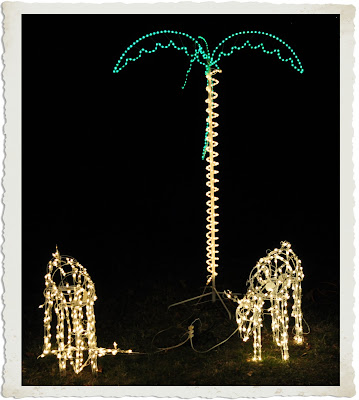 Thursday, December 23rd
Thursday Dr. M & I went to have breakfast with a group of my college friends (which includes my cousin KJ). Did I remember the camera? No, of course not. I'll share some pictures later when I get email copies of my friends' pictures. We've been getting together sometime around Christmas for 27 years now.

I did take a picture of one of the pecan nuts that Daddy had - it looks like a brain! I think it's hilarious. But I don't know why :) 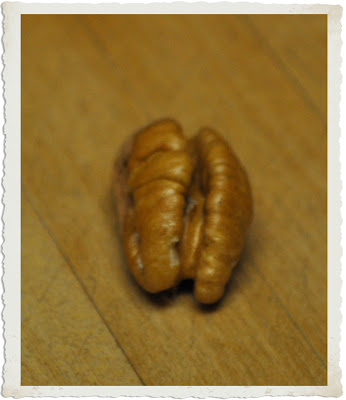 And here is Mount Pecan in the basement - this is just a fraction of what has come off the tree this year. I think these might keep Daddy busy well into March madness... 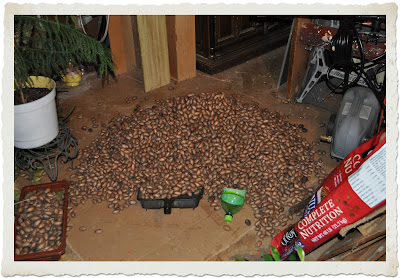 Friday, December 24th
Daddy was out in the garden breaking up some of the ground while Amy's son was visiting. His dog Bullet was fascinated by the garden. Bullet reminds me of Alexander, the first dog I remember from my childhood (besides the terrifying Laddie at my grandparents' house). 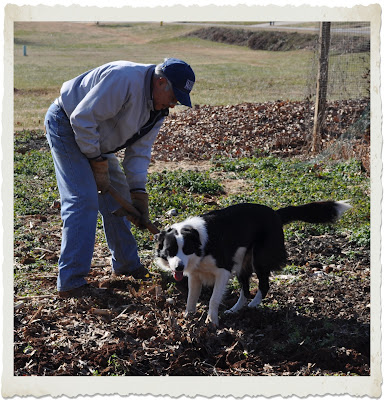 While I was outside I saw this buzzard flying around the house. After I got the picture (of course!) I went in to make sure Amy was ok. :) 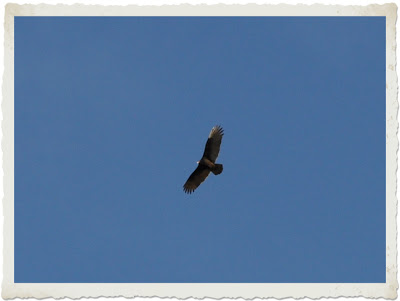 We had Christmas with my brother's family Friday night & I was a little out of control with pictures - but I'm posting my favorites anyway.

My brother's family has a new doggie member - Ripley. My sister-in-law loves animals - this makes three dogs in the family - & they have a snake too. Doesn't he look like "just shoot me now!"? 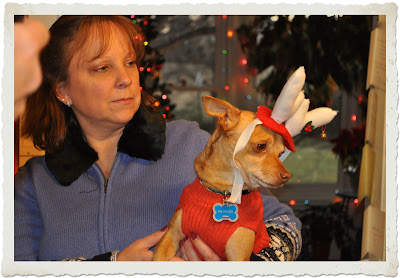 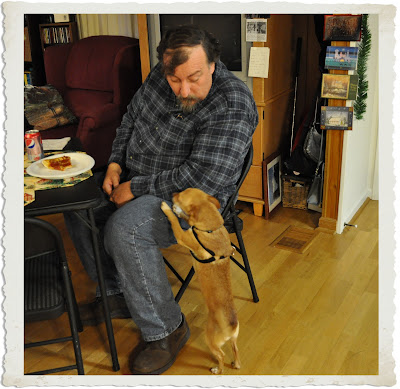 Amy grinning at Daddy's "gift" to her - a Roomba. Since he does most of the vacuuming we knew who the gift was really for. 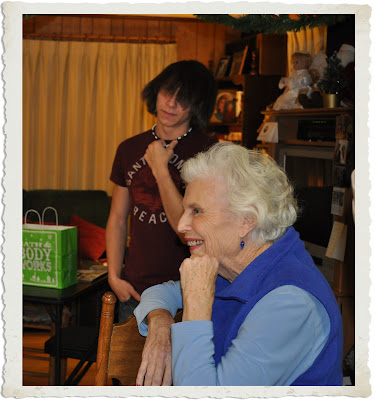 J was pretty pleased with her Justice gift card. I went the easy route & everybody got cash or gift cards. 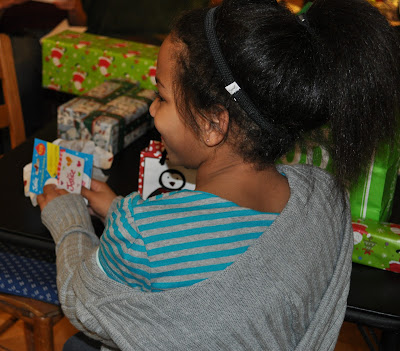 My brother and his younger son smiling at their gifts. 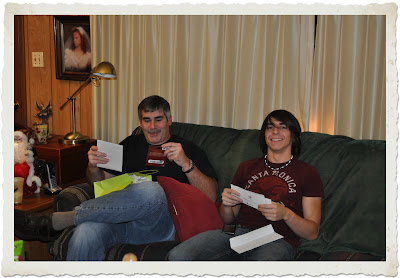 My brother's oldest son is pleased too. 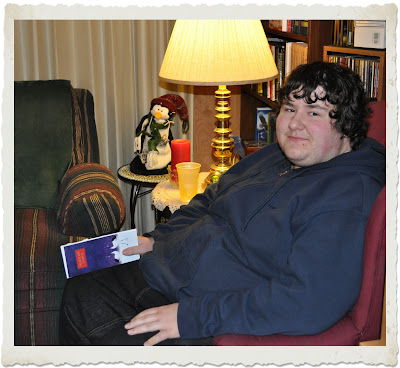 I decided to show solidarity with the dog by wearing his antlers. 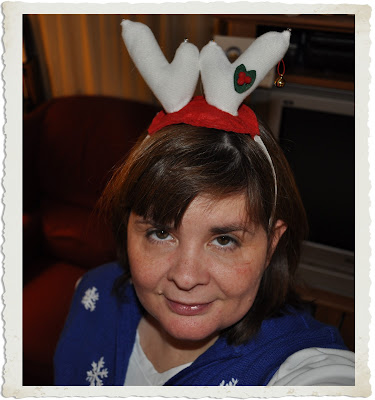 Saturday, Christmas Day!
Psych! I've decided to post this early because tomorrow will be pretty busy. So I'll post my Christmas Day pics next week. 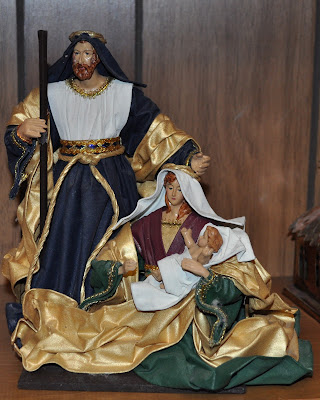 Go here to see the blogs of all the other Project 365 participants.

Email ThisBlogThis!Share to TwitterShare to FacebookShare to Pinterest
Labels: Christmas, Crazy Stuff My Dad Does, Project 365