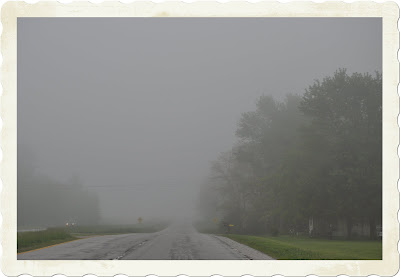 The future isn't actually as murky as this picture. I've been anticipating big changes at work which it appears will not happen.* Other than the helping in HR - that did happen - but isn't really a change per se. I'm all deflated. Not that I really knew what was coming down the pike. But it was going to be new! And different!

The thing is that I love my job. So it staying the same is a good thing. Apparently I'm just craving change. I think this weekend at home I'll switch the blue filing cabinet with the cream colored one. I know! I think that's pretty radical too. I'll let you know how it goes.


*In the interest of full disclosure I should say that any anticipation of change on my part was based entirely on my own fantasies and not on actual inside knowledge of said change.
at May 13, 2010