A Snuggie of a Different Kind


As far as I can tell, there are several camps in the Snuggie Wars. Those who are aghast. Those who are FOR. And those who are aghast but secretly wear them anyway. I like the concept of a Snuggie – but I was always bumfuzzled by the backless nature of the thing. Sure it's great if you want to read a book on the couch – but what if you're at your computer 24/7 (hypothetically speaking)? That open back & an office-type chair? Draft city!

So Dr. M went in search of a better thing for me - & boy is it better! It's a Cuddlewrap (go here to read all about it). We call it my wigwam, which I'm sure is at least marginally offensive, but it's almost as big as a dwelling & has what appears to me to be a Native American-type pattern.

Here are some pictures of me demonstrating its magnificence. I am dismayed by my double chin. It mostly appears when I'm looking down. I forget about it because I don't see it that often. Sigh. But that's what my new healthy lifestyle is about, right? Getting rid of that thing! Also, my hair doesn't look nearly as red in these pictures – it looks more like what I expected – brown hair with copper overtones. 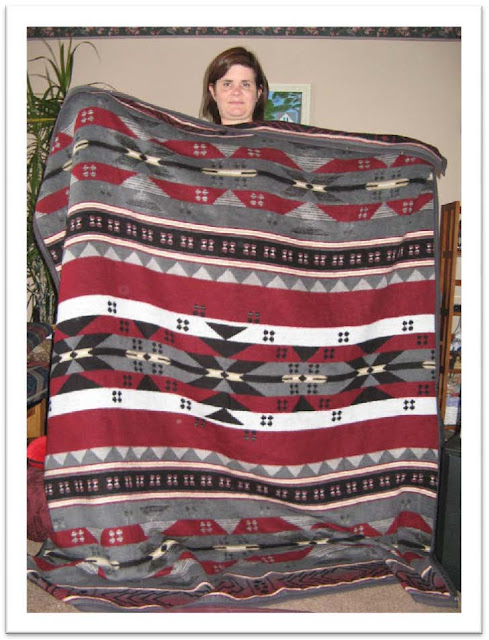 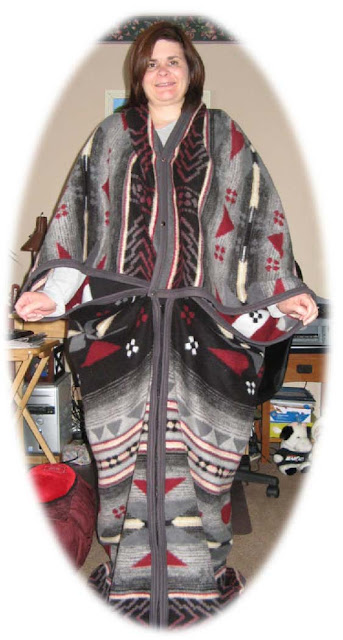 Here I am all zippered & snapped. 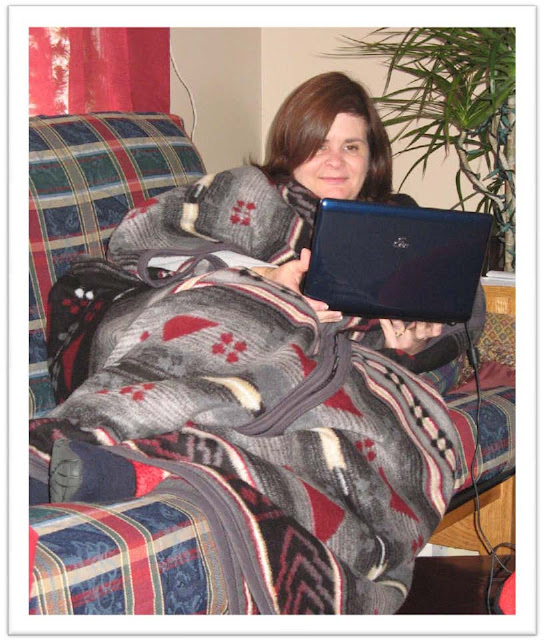 Here I am demonstrating one of its many uses. Right after this picture was snapped I went to get clothes out of the dryer. See? Versatile! 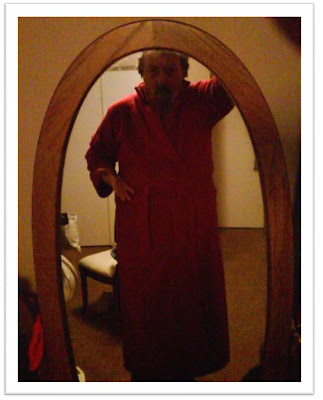 This is Dr. M's Anti-Snuggie – an old giant robe of mine LOL! He took this picture with his cell phone, which doesn't have a flash, so sorry for the poor quality. Doesn't he look like some kind of wizard in this picture?


There you have it – my entry into the Snuggie Wars.

Email ThisBlogThis!Share to TwitterShare to FacebookShare to Pinterest
Labels: miscellanea