Dr. M & I took a road trip to a foreign Walmart (well, it's the one that's 22 miles away instead of the one that's 1 mile away). Along the way we took a picture of my favorite sheep. None of them were standing on hay bales, but they're still pretty cute I think. And a little muddy from all the rain last weekend. 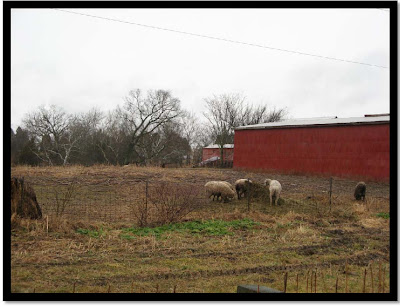 On Monday Dr. M took a few photos around his campus. There's a railroad track along the edge of campus which feeds Dr. M's train obsession. 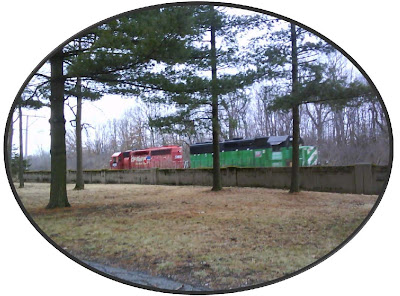 I have two pictures from Tuesday. The first one was taken while I was driving to work. I'm pretty sure I wasn't driving more than 60 mph at the time. Really, the only dangerous part was trying to figure out how to turn off the flash while I was driving (shut up K – I'm a good driver!). 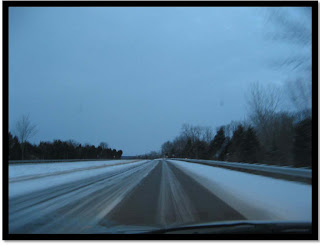 The second picture is our dinner Tuesday night. Dr. M just throws a bunch of stuff in a pot, makes some rice, and voila! Dinner! 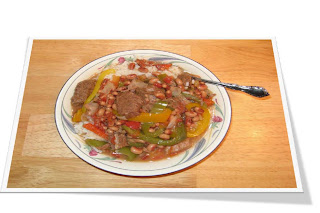 We have two pictures from Wednesday too. I broke my work badge and told them I wanted a new picture for my new badge. My coworker A & I were trying to figure out how to get a good picture & she told me to not smile. I really tried, but I started laughing - & this picture was the result. We ultimately decided that the turtleneck was doing me no favors (I looked like a scoop of ice cream on top of a cone) & I tried again the next day wearing something different. 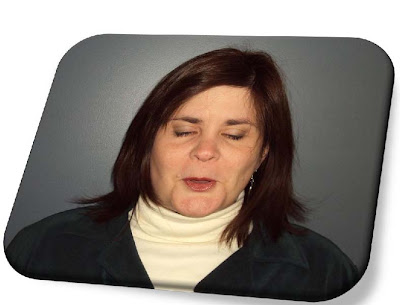 At about the same time I was trying to be photogenic, Dr. M was getting his hair cut. He decided to record his curls for posterity. Note: NOT a good idea to get your hair cut in January. Just sayin. 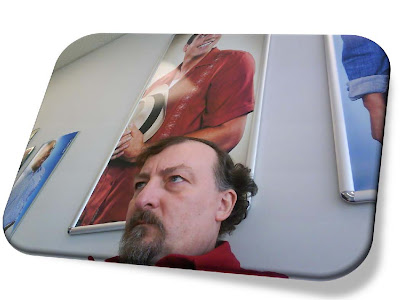 Dr. M took a picture of the beautiful moon in the sky on Thursday. 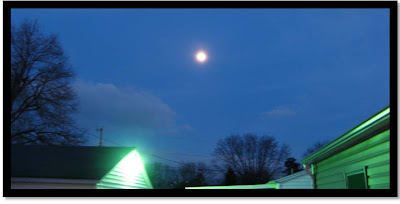 On Friday, Dr. M took another trip through the park we visited last week. This time there was a bit more snow on the ground. 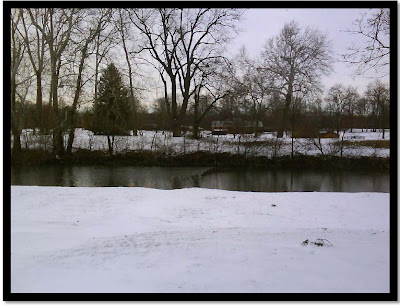 Last year we added a sheep to our collection. I christened him "Cornflake" because I decided that his "wool" looked like cornflakes in a bowl of milk. This year we got a penguin from the same artist (Sara Meadows!). I wanted to put the penguin near Cornflake & the best place seemed to be on top of our computer router. But I kept calling it a modem, so I named her "Modem." 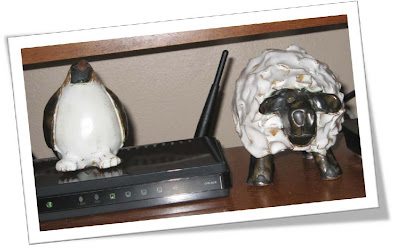 Go here tomorrow to see the blogs of all the other Project 365 participants.
at January 30, 2010