In 2004, a church near where we live built this sculpture of Jesus. 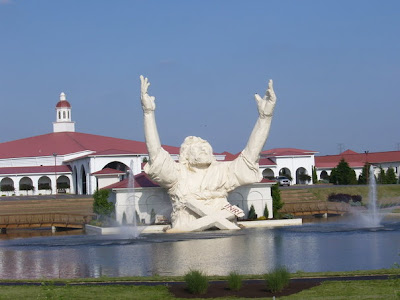 Its official title was King of Kings, but most often I heard it referred to as “Touchdown Jesus” or “Big Butter Jesus.” It was 62 feet tall.

Last night during a rather spectacular thunder storm it was hit by lightning. 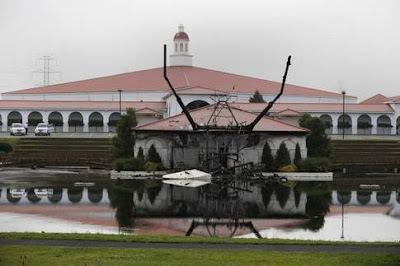 I’m fairly speechless about the whole thing. So much potential symbolism! I’m not sure where to go with it.

What do you think?

For the record – I personally thought that the sculpture was beautiful and creepy – and a little too LOT over the top.

Email ThisBlogThis!Share to TwitterShare to FacebookShare to Pinterest
Labels: Things that make me go Huh