Dr. M is guest posting this morning. I read his homily regarding the giant Jesus statue on Facebook last night and immediately asked if I could steal use it on the blog. 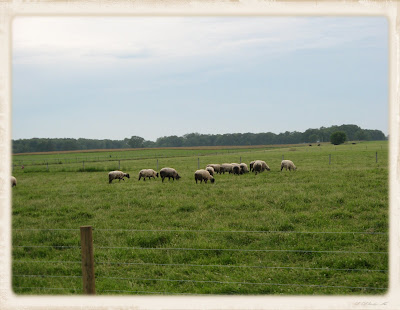 Let me begin by saying that my grandfathers, one a Baptist preacher, the other a Baptist deacon, would simply be aghast at the idea of ANY statue of Jesus associated with an evangelical church! Worshipping graven images is a violation of the Second Commandment, and my grandfathers took all those pesky Commandments very seriously. No graven images = no temptation to worship them, and so we had no graven images…not even a crucifix! Alas, my grandparents were products of an older age, still clinging to the remnants of radical Protestantism, knowing what they believed and why they believed it. They were descended from Lutheran and Reformed or Presbyterian traditions, but drawn to the Baptist church by its local church autonomy, simple liturgy, and emphasis on The Word. They sang the old evangelical hymns, read the Bible with zeal, and, for the most part, practiced what they preached.

As I have grown older, I have found it fascinating being an "insider" in Preacher Friday's family: his children (my mother, aunts, and uncle) often resented his selfless nature. They resented that they would never have much of anything in terms of material possessions, because their father would literally give the shirt off his back to someone in need. He preached many years for small congregations, lucky sometimes to get much more than a Sunday meal for his efforts. Though he loved Jesus with all his being, I dare say that never, ever, in his wildest fantasies, did he envision an evangelical church that would think it appropriate to build a six-storey statue of Jesus, King of Kings!

You see, that's precisely the point here: my grandfather did not worship King Jesus! He worshipped God. Yes, he believed in the Trinity, and like most Trinitarians struggled to wrap his mind around the whole "father, son, spirit, yet one God" concept. He believed that Jesus, as part of the Trinity, was the son of God, the Christ, and his personal savior. Preachers of his generation knew the difference between proclaiming Jesus as Lord and worshipping a false god: King Jesus. They served and ministered to people because that was God's will for their lives, and they had sense enough to know that the Lord's work did not involve building giant Jesus statues!

Unfortunately, over the last several decades far too many evangelical ministers and their congregations have lost touch with their Protestant roots and with the basic mission to which they should be called. It is not that they invented the Cult of King Jesus; no, far from it...that cult is many centuries old. What they have done is to convince themselves that what God wants from them is to shout the name of Jesus at the top of their lungs, to shock the world into realization that Jesus is King of Kings and Lord of Lords. In screaming the name of Jesus over and over and over again in oh, so many ways, they seemingly strive to shout him down from the heavens, no doubt in the form of the Second Coming they so eagerly await. What these ministers seemingly fail to understand is that, with the din and clamor over King Jesus, they have drowned out the still, small voice of God, whose son they claim to be praising. Moreover, they have strayed from the path of humble service to which all Christians should be called. And so we have the story of the giant Jesus just off of I75, built by a wealthy former horse trader turned minister. How on earth can one reconcile this statue with the church as revealed to us in the New Testament? You know the one: the church Glen Beck rants against, the one that cares for the poor, divests itself of wealth, seeks to serve, keeps a low profile, and yet grows by leaps and bounds precisely because it is true to its calling!

Admittedly, this whole bigger Jesus than thou thing is an extension of the quest to prove one's piety by building bigger stuff than thy neighbor. History bears witness to this in the form of the quests to build the ultimate cathedral, the world's largest crucifix, etc. Having grown up a radical Protestant, I can blame much of this on misguided "high church" types ;-) and, more recently, woefully misguided televangelists. Folks, the bottom line is this: one does not earn God's favor or approval by building a giant cathedral, or a giant crucifix, or a giant cross, or a giant Jesus.

Do you love Jesus? Then feed his sheep! It really is that simple, folks. Feed the sheep...all the sheep, for we are all HIS, according to scripture. No building of Big Butter Jesuses, no gaudy, ghastly displays, no bowing at the feet of King Jesus instead of worshipping the Lord Most High. If you love God, care for God's lambs. That's what Jesus would do...indeed, to the best of our knowledge, that's what the historical Jesus and his faithful followers actually did!However, one most certainly CAN stray from the mission of the church, one can SQUANDER the bounty of a given congregation or the faithful masses, and thus one can SIN AGAINST GOD! If you want to prove your love for God, then follow God's commandments. That's the name of the game, straight from the source: Jesus. By all appearances, it is far easier to build giant cathedrals or Jesuses than it is simply to follow God's commandments.

And so in the case of the Solid Rock Church and its leadership, I am greatly disappointed. While I am sure that this church does many positive things, I must challenge their decision to spend so much money on the giant Jesus, which they now plan to rebuild! Solid Rock, if your church is founded on what you say it is, Christ, the Solid Rock, then you need to demonstrate your love of God by doing what Jesus Christ asked of you. 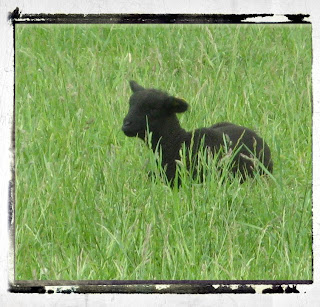