Sunday, June 20th
On Sunday Dr. M decided to fly the American flag – we really like this picture showing patriotism in the neighborhood. 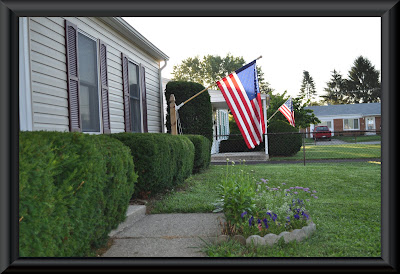 Monday, June 21st
On Monday, we decided to take another picture of our resident frog. It's so FAT! 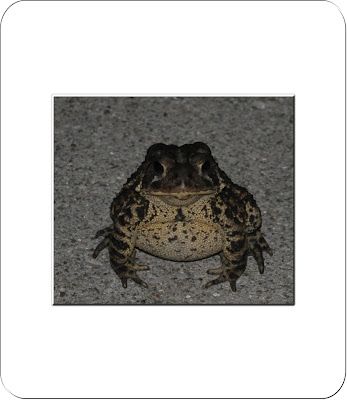 Tuesday, June 22nd
On Tuesday I took a close-up of one of the daisies in the front flower bed – we're enjoying them so much! 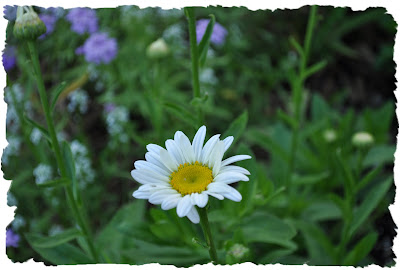 Wednesday, June 23rd
On Wednesday Dr. M finally took some pictures of the ubiquitous rolls of hay in the area. We've been meaning to take a picture ever since we moved up here. 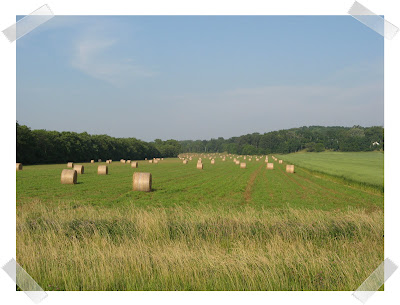 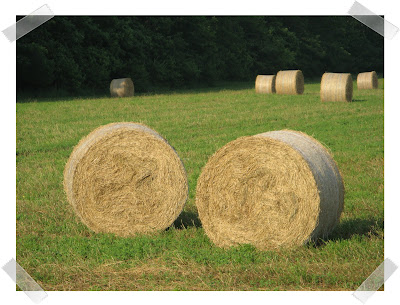 Thursday, June 24th
We have two pictures of the moon – it's just been GREAT this week. Here's the first one: 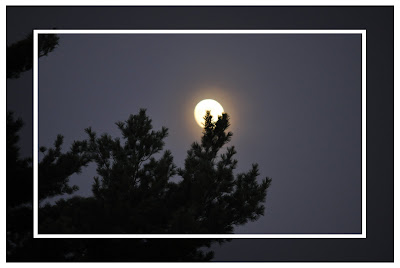 Friday, June 25th
On Friday, we finally bit the bullet & decided to trade in Dr. M's 2001 Jeep Cherokee. It had some major issues (including the fact that the driver's seat was unseated – it only stayed put because we laid the back seats down so they held it in place). We replaced it with a 2004 Pontiac Aztek – I've always wanted one (they're so ugly they're cute to me). I think it looks like a bug, so Dr. M is calling it the Bugly. 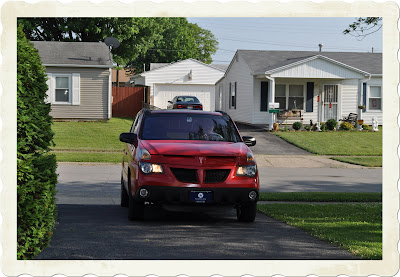 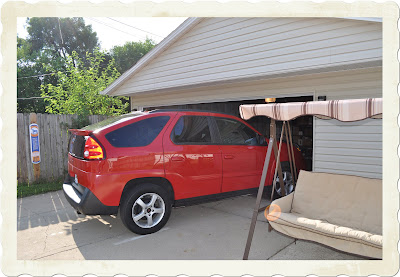 Here's the second picture of the moon – it was just gorgeous last night. 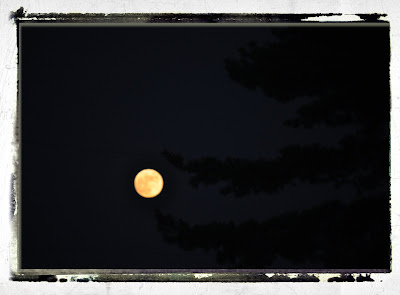 Saturday, June 26th
Today I took a couple of pictures of one of our squash blooms. Isn't it pretty? Am I going to regret planting squash? Should I go ahead & take orders? Heh. 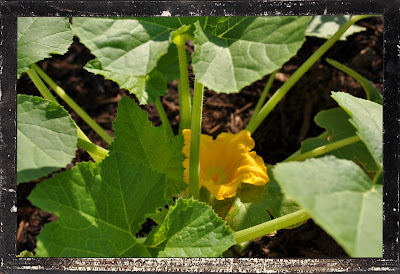 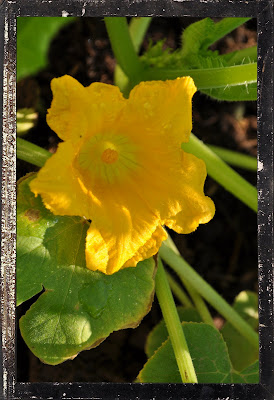